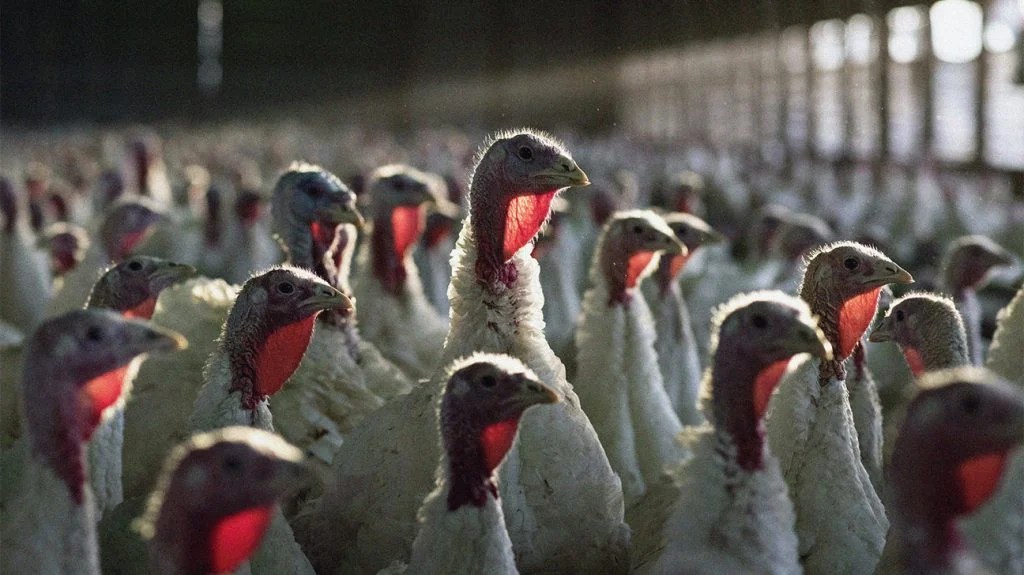 In the wild, parasites and their animal hosts are engaged in a dynamic cooperation comprising reciprocal, adaptive genetic changes that naturally occur when two species interact.

As a result of continuous adaptations and counter-adaptations between the parasite and its host species, neither is able to gain a sustained advantage over the other.

Evolutionary biologists liken this evolutionary standoff to the race in Lewis Carroll’s Through the Looking-Glass, which, as the Red Queen describes it, “takes all the running you can do, to stay in the same place.”

However, according to Prof. Cock Van Oosterhout, a professor of evolutionary genetics at the University of East Anglia in the United Kingdom, this is a race that humanity is losing.

In an editorial in the journal Virulence, he warns that our highly bred livestock cannot keep pace with the evolution of parasites, such as viruses, due to the animals’ lack of genetic diversity.

As a result, livestock act as “mixing vessels” for the emergence of new infectious diseases that can then make the leap from animals to humans.

In combination with habitat destruction, the illegal wildlife trade, and mass migration of both animals and people, Prof. Van Oosterhout says this has created a “perfect storm” for the development of pandemics, such as COVID-19.

He concludes that emerging infectious diseases are “possibly the greatest existential threat to humanity.”

As a result of centuries of selective breeding, livestock animals are severely inbred, writes Prof. Van Oosterhout, who is the deputy director of the Earth and Life Systems Alliance.

Despite a total biomass of livestock being 10 times that of all wildlife on Earth, research suggests that these breeds’ effective population size — that is, a measure of a population’s genetic diversity and viability — is 80 times lower than that of the minimum viable population for a free-living species.

With so little genetic variation, livestock cannot evolve to meet the challenges that new pathogens pose.

“Given the extraordinarily high biomass of our livestock (and us humans), the momentary fitness gains that parasites could accomplish by exploiting this plentiful resource are truly astronomical. Parasites and pathogens will continue to adapt to exploit these resources, and it is high time we recognize[d] this evolutionary inevitability.”

He believes that everyone will need to make concessions “to safeguard the future well-being of our species.”

To minimize the threat from future pandemics and the ongoing COVID-19 pandemic, he proposes three broad strategies:

“Gene flow” is the mixing of different population’s gene pools as a result of the movement of plants, animals, humans, and their associated pathogens.

This genetic mixing provides opportunities for the spread of disease and the emergence of new infections.

However, he acknowledges that other measures will involve policymakers making trade-offs between the benefits of economic growth, well-being, and education, and potential costs to human health and the environment.

He proposes that governments need to consider more controversial measures, such as compulsory vaccination and vaccine passports.

“Sadly, this might be the price we have to pay for trailing in the Red Queen arms race,” he writes.

“Importantly, implementing these urgent changes requires us to carefully negotiate a wide range of legal and ethical issues that could inadvertently discriminate or exacerbate existing inequalities,” he adds.

Prof. Van Oosterhout writes that, in order to track gene flow, governments must dedicate more resources to sequencing the viruses that make their home in wildlife and livestock.

“An estimated 1.67 million viral species have yet to be discovered from mammal and bird hosts, and the costs of sequencing viruses with the highest zoonotic potential may be great (~1.2 to 7 billion US dollars), but they are dwarfed by the cost of another pandemic.”

Habitat destruction is known to promote the emergence of new infectious diseases. Therefore, it will also be necessary to halt the loss of natural habitats in order to minimize the gene flow, he writes.

Prof. Van Oosterhout claims that livestock has become a “sitting duck” in the arms race with emerging infectious diseases as a result of extremely low genetic diversity.

“Unless we act now, massive losses of crops and livestock are an evolutionary inevitability,” he writes.

Fortunately, he says, much of the diversity that was once part of livestock and crops is still present in wild varieties and relatives of these animals and plants, and dispersed among different breeds.

While mass food production has underpinned our success as a species, it is unsustainable on environmental, ecological, and evolutionary grounds, he writes.

“We urgently need to reduce our reliance on animal protein, in particular the consumption of other mammals,” he says.

He claims that, in contrast to fish, for example, mammals pose the greatest threat for the evolution and transmission of new infectious diseases because they are the most closely related to humans.

In addition, he notes that the use of antibiotics to enhance growth and control infections has led to new, more virulent, and more resistant microorganisms.

Prof. Jonathan Stoye of the Francis Crick Institute in London, U.K., studies the evolutionary “arms race” between viruses, such as HIV, and their hosts. HIV and SARS-CoV-2 “jumped” from animals to humans.

While acknowledging the dangers posed by infections that originate in animals, such as COVID-19, he told Medical News Today:

“I think we need to be very careful about talking of existential threats, particularly in the context of a virus that kills less than 2% of those infected. Overall, I believe that ecological changes resulting from altered land use or deforestation pose a much greater threat than the theoretical risks associated with inbreeding of potential intermediate hosts.”