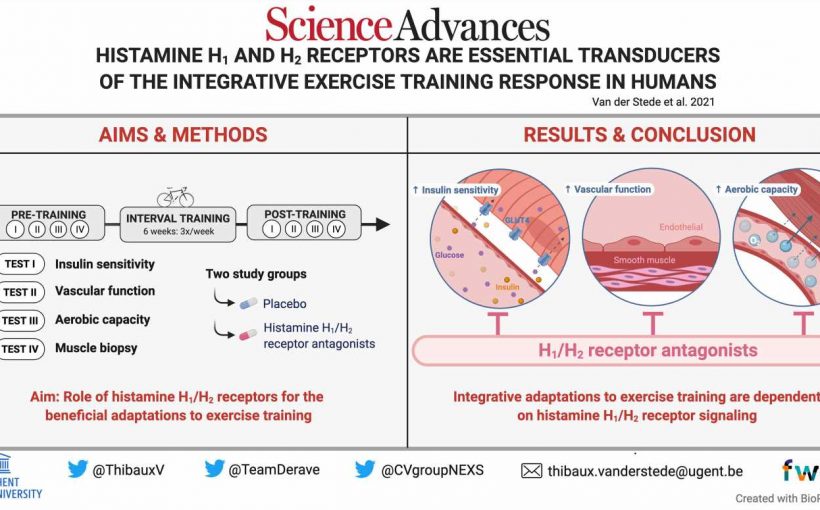 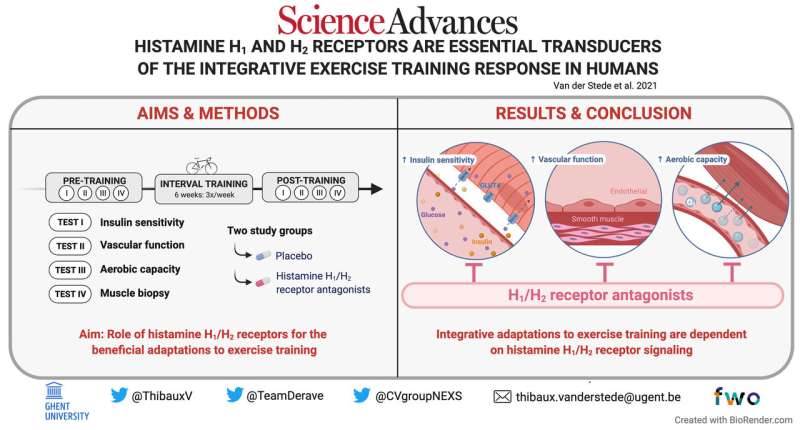 A team of researchers from Ghent University and the University of Copenhagen has found that antihistamines such as Allegra or Pepcid can reduce the benefits of exercise. In their paper published in the journal Science Advances, the group describes two experiments they conducted—one short range, the other long range—that involved giving volunteers antihistamines before they engaged in exercise regimens.

Histamine is a chemical produced by the body for many reasons, one of which is to help regulate blood flow in muscles, particularly after they are stressed due to exercise. The increase in blood flow helps to repair and build more muscle. In this new effort, the researchers wondered what might happen if histamine production was blocked before, during or after exercise. To find out, they carried out two experiments. The first was a single session, the second was conducted over several weeks.

In the first experiment, six men and two women rode an exercise bike for 40 minutes without ingesting any antihistamines. The same group rode the bikes again for the same amount of time after taking antihistamines that blocked both HI and H2 histamine receptors. Heart rate, blood pressure and blood flow were measured for all of the participants. In the second experiment, 18 men exercised on the bikes—half were given antihistamines, the other half a control—and the same kinds of markers were measured as for people in the first experiment. The same volunteers were then engaged in a six-week-long training regimen on the bikes, exercising three times per week. Afterward, they repeated the bike exercise they had done at the start of the experiment.