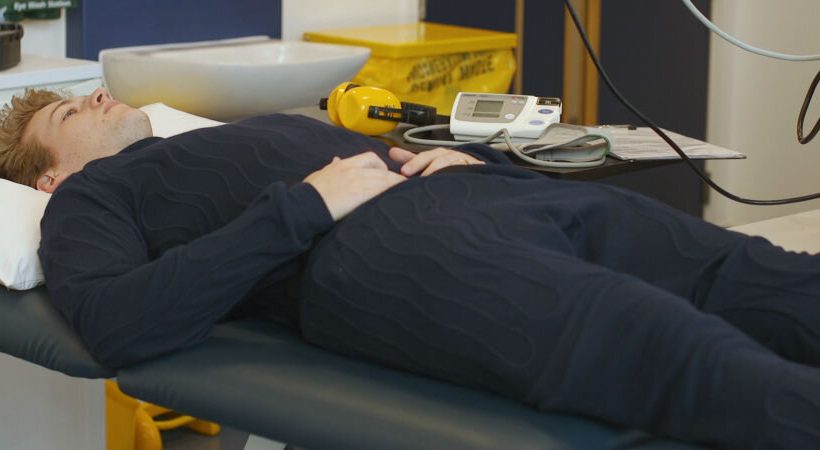 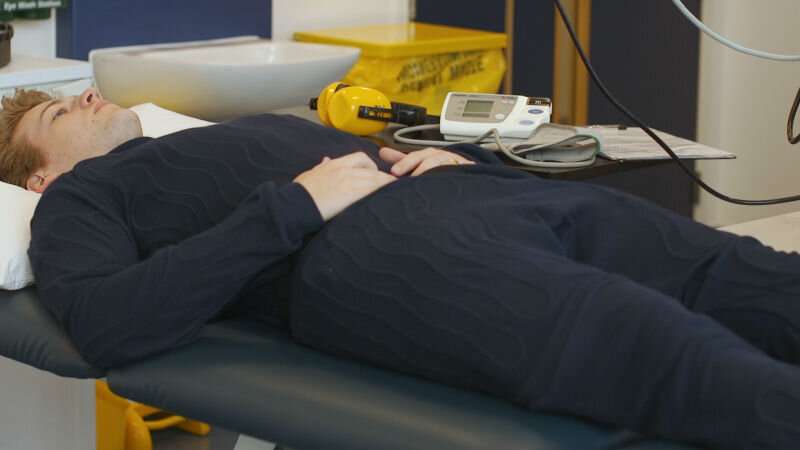 Scientists are testing a heated suit which replicates some benefits of exercise without the need for physical activity.

A team from Loughborough University is using the prototype device to help people with disabilities, elderly people, and those with chronic diseases that prevent them from taking part in exercise.

It comes following a successful study into how hot baths can help reduce the risk of cardiovascular disease and type II diabetes.

Last year, the researchers found that immersing the body in water heated to 39c for an hour a day over two weeks regulated insulin levels, lowered blood pressure and boosted the body’s ability to fight infections.

However, participants in the earlier study reported discomfort due to the length of time they spent submerged at high temperatures.

Now, the idea behind the suit, which is heated by passing heated water through tubes sown into the fabric, is that the user has more control over the temperature and which parts of the body are targeted, meaning people are more likely to continue with the therapy.

Dr. Sven Hoekstra, who is leading the study, said: “The research is aimed at helping people at the low end of the physical capacity spectrum and give them an alternative to exercise which has the same, or very similar, benefits.

“Passive heating could be the answer—a hot bath, or hot water immersion, or going to the sauna.

“Our research shows that after chronic intervention it improves metabolic health, how your body deals with glucose in your food, and inflammation.

“But some people found it a little bit uncomfortable which, in the long, run, can interfere with the intervention long term.

“So, with this study, we tried to find a more tolerable form of passive heating.”

Targeting specific areas—such as the legs—rather than the entire body, alleviates the discomfort of whole-body immersion which increases the chances of participants continuing with the intervention.

The long-term benefits of the suit could be highly relevant.

Just an hour of passive heating encourages the body to produce inflammatory proteins.

Blood flow can also be increased, as in regular exercise, which helps maintain oxygen flow through the body and muscles.

The research team also found that passive heating could control insulin production and boost the body’s ability to process sugar—reducing the risk of diabetes.

Dr. Christof Leicht, overseeing the study, added: “Exercise should be the first option for people, but if that is not possible—for whatever reason—then passive heating might be a very good alternative.

“Long term, we aim to have solid evidence-based passive heating guidelines for people who are restricted from taking part in physical activity.

“Once that happens, we can really start to make an impact to the health and lives of these populations and take the burden of other health services.”

“We know that exercise can potentially have a tremendous effect on lowering the cost to the NHS, so by simulating similar benefits there’s no reason why those costs can’t be reduced further.