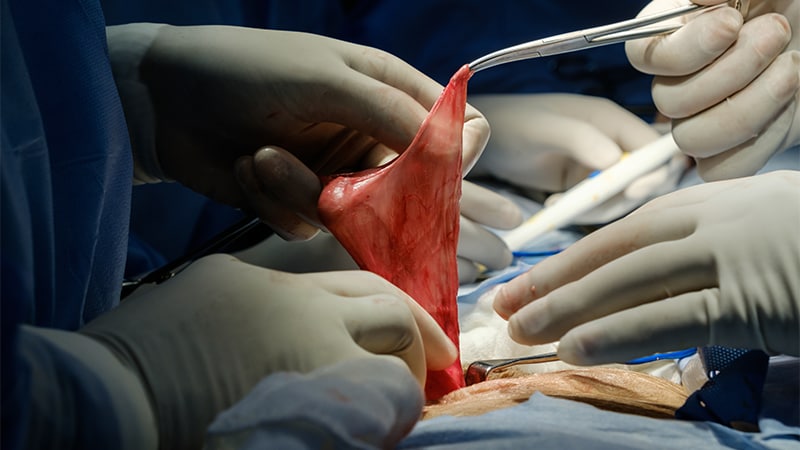 In the United States, surgeons perform more than 1 million hernia repairs each year, according to US Food and Drug Administration. Despite hernias being such a common condition, it is “not at the forefront of many research agendas,” senior author Dana Telem, MD, an associate professor and section chief of general surgery at University of Michigan Health in Ann Arbor, told Medscape Medical News.

While many surgical outcomes are measured within 30 days of operation, recurrences generally happen within 2 to 5 years after repair, she said. The last study that looked at reoperations for hernia repair at 10 years was published in 2003 and found that about 20% of patients needed surgery for reoccurrence over a decade. “We don’t really have a good understanding of what happened after these operations,” she explained. “Without knowing that piece, it is hard to go back retrospectively and understand what is the right operation for the right person at the right time.”

To understand rates of reoperation for hernia reoccurrence in today’s U.S. population of older adults, Telem and colleagues sorted through Medicare claims data to find adult patients who had undergone ventral or incisional and umbilical hernia repair from January 1, 2007 through December 31, 2018. They identified a total of 175,735 patients, 162,292 that underwent ventral or incisional hernia repair and 13,443 that underwent umbilical hernia repair. The average age of patients was 68.9, and 39.2% were men. Most patients were White (87.2%), 8.1% were Black, 1.9% were Hispanic, and 0.5% were Asian. Median follow-up was 5.3 years.

Over the 10-year study period, 25,061 patients required reoperation for hernia recurrence with an adjusted cumulative incidence of 16.1% (95% CI, 16.1% – 16.2%). Patients who underwent open repair had lower incidence of recurrence over 10 years than those who underwent minimally invasive repair for all hernia types (Table 1).

Table 1. Percentage of Reoperations Over 10 years

While it appears that hernia recurrence and operation have only marginally improved from 2003 to today, Vedra Augenstein, MD, an associate professor of surgery at the Atrium Health General & Complex Abdominal Surgery facility in Charlotte, North Carolina, suspects there is more to the story. “I think the reason it hasn’t gotten a whole lot better is just because we are operating on much tougher cases than we used to,” she told Medscape. “The way we are fixing hernias has changed and patients are being optimized differently.” Augenstein was not involved with the research.

To better understand how recurrence has changed over time, there needs to be more data about the comorbidities of patients, the techniques employed, and the meshes used in these surgeries, she said. Those numbers are not available in the published JAMA research letter, but Telem and colleagues will be submitting an article about this work with greater details.

While Telem also considers this research letter to be the first step in understanding modern hernia surgery outcomes, it is also a reminder that there is room for improvement in hernia repair surgeries. This includes advising patients on risk factors that may make them more likely to have a hernia recurrence, such as obesity, smoking, and diabetes, she added. “If we know it’s not a perfect science, then we have to do everything that we can upfront to help those numbers.”