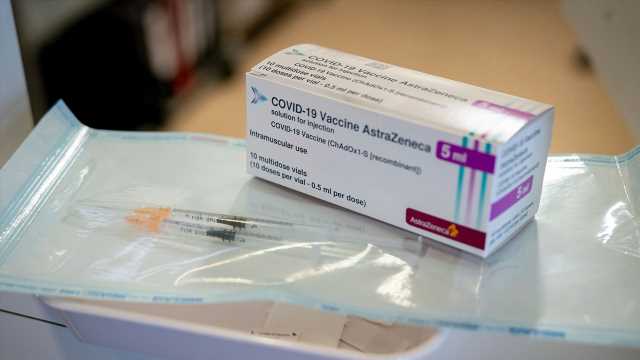 The Paul-Ehrlich-Institut, an agency of the German Federal Ministry of Health, announced a “striking accumulation of a special form of very rare cerebral vein thrombosis (sinus vein thrombosis) in connection with a deficiency of blood platelets (thrombocytopenia) and bleeding in temporal proximity to vaccinations with the COVID-19 vaccine AstraZeneca,” per a translated release posted Monday.

Federal health officials noted seven such reported cases amid a backdrop of over 1.6 million vaccinations, noting a rare incidence.

The institute said more thrombotic cases cropped up since March 11, and resumption of AstraZeneca vaccinations in Germany is hinging on a review of data at the European Medicines Agency.

The European Medicines Agency and the World Health Organization have both noted that the number of thromboembolic events in vaccinated people does not exceed that seen in the general population.

GET THE FOX NEWS APP

“While its investigation is ongoing, EMA currently remains of the view that the benefits of the AstraZeneca vaccine in preventing COVID-19, with its associated risk of hospitalisation and death, outweigh the risks of side effects,” reads an EMA release posted Monday.

The news comes after AstraZeneca issued a statement on Sunday defending its COVID-19 vaccine after some countries raised concerns about blood clots in vaccine recipients and called for a temporary suspension.

The company said there is “no evidence of an increased risk” of blood clots after receiving its jab.