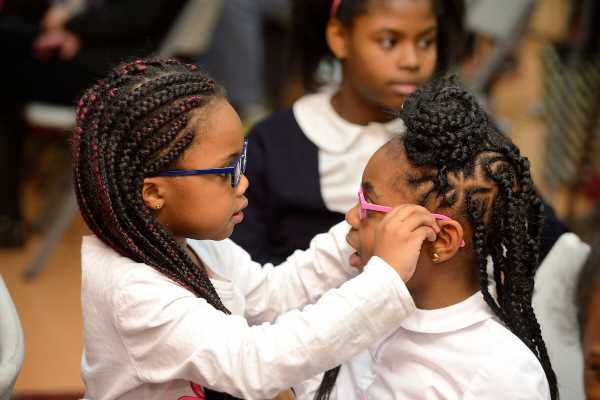 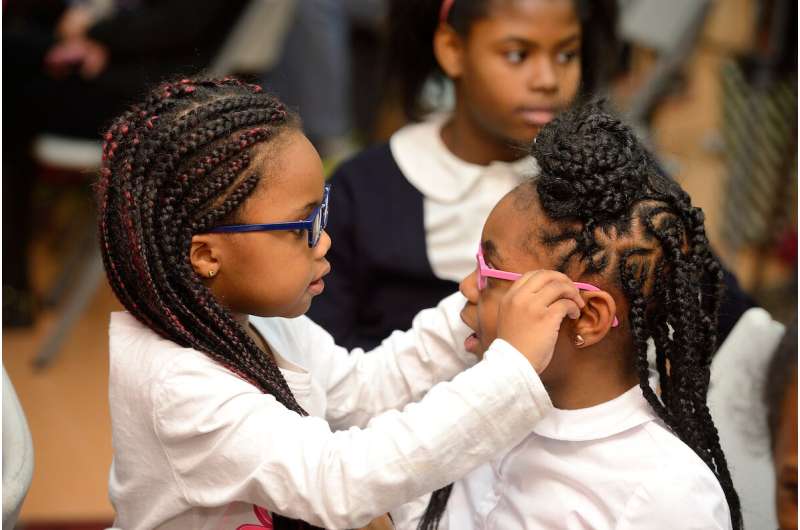 Students who received eyeglasses through a school-based program scored higher on reading and math tests, Johns Hopkins researchers from the Wilmer Eye Institute and School of Education found in the largest clinical study of the impact of glasses on education ever conducted in the United States. The students who struggled the most academically showed the greatest improvement.

The study, with implications for the millions of children who suffer from vision impairment but lack access to pediatric eye care, is published today by JAMA Ophthalmology.

“We rigorously demonstrated that giving kids the glasses they need helps them succeed in school,” said senior author Megan Collins, a pediatric ophthalmologist at the Wilmer Eye Institute and co-director of the Johns Hopkins Consortium for School-Based Health Solutions. “This collaborative project with Johns Hopkins, Baltimore City and its partners has major implications for advancing health and educational equity all across the country.”

The team studied students who received eye examinations and glasses through the Vision for Baltimore program, an effort launched in 2016 after Johns Hopkins researchers identified an acute need for vision care among the city’s public school students: as many as 15,000 of the city’s 60,000 pre-K through 8th-grade students likely needed glasses though many didn’t know it or have the means to get them.

Vision for Baltimore, which is beginning its sixth year, is operated and funded in partnership with the Johns Hopkins schools of Education and Medicine, Baltimore City Public Schools, the Baltimore City Health Department, eyewear brand Warby Parker, and national nonprofit Vision To Learn. The Baltimore health department conducts screenings, Vision To Learn performs eye exams and Warby Parker donates the glasses. In addition to providing more than $1 million in support, Johns Hopkins works closely with the program team to provide technical assistance. 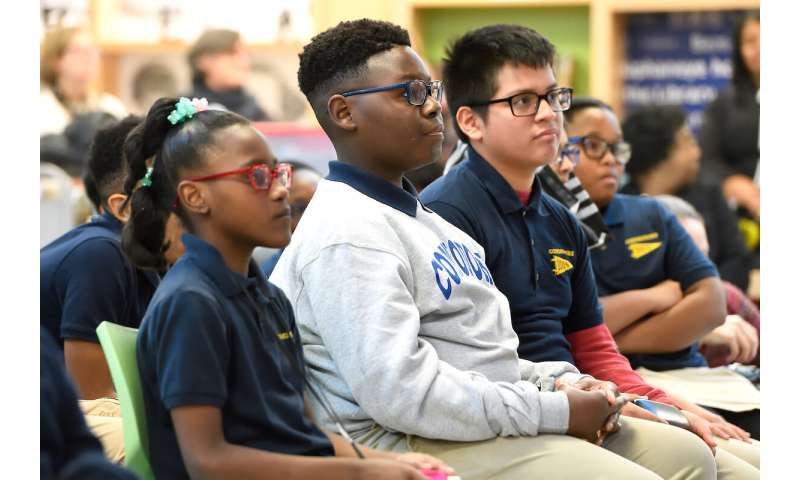 In five years Vision for Baltimore has tested the vision of more than 64,000 students and distributed more than 8,000 pairs of glasses. The Johns Hopkins study is the most robust work to date evaluating whether having glasses affects a child’s performance in school.

The three-year randomized clinical trial, conducted from 2016 to 2019, analyzed the performance of 2,304 students in grades 3 to 7 who received screenings, eye examinations and eyeglasses from Vision for Baltimore. The team looked at their scores on standardized reading and math tests, measuring both 1-year and 2-year impact.

Researchers found particularly striking improvements for girls, special education students, and students who had been among the lowest performing.

“The glasses offered the biggest benefit to the very kids who needed it the most—the ones who were really struggling in school,” Collins said.

The overall gains for students with glasses were essentially equivalent to two to four months of additional education compared to students without glasses, said lead author Amanda J. Neitzel, deputy director of evidence research at the Johns Hopkins Center for Research and Reform in Education. For students performing in the lowest quartile and students participating in special education, wearing glasses equated to four to six months of additional learning—almost half a school year.

“This is how you close gaps,” Neitzel said.

The academic improvements seen after one year were not sustained over two years. Researchers suspect this could be a result of students wearing their glasses less over time, possibly due to losing or breaking them.

To maintain the academic achievement, the researchers say in addition to providing the initial exams and glasses, school-based vision programs should develop stronger efforts to make sure children are wearing the glasses and to replace them if needed.

“This study has proven our most fundamental assumption in launching Vision for Baltimore six years ago—that providing kids glasses in their schools will significantly improve academic success,” said Johns Hopkins President Ron Daniels. “These results validate the hard work of all of the program’s committed partners, from the principals, staff and teachers all across Baltimore City schools to the optometrists at Vision to Learn and the outreach workers from Johns Hopkins. Looking ahead, we hope to work with our state and city leaders to ensure that this groundbreaking program has sustainable funding for years to come.”