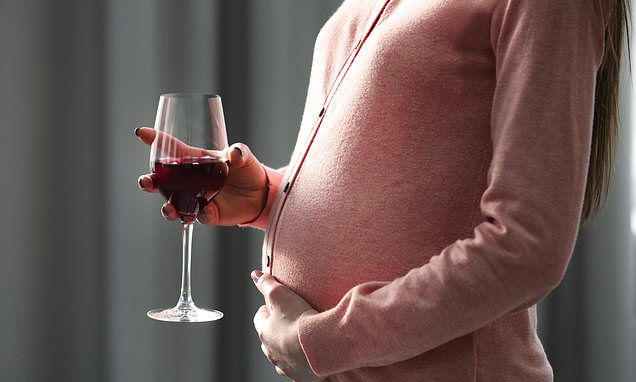 Why it is NEVER safe to drink while pregnant: Alcohol blocks blood vessel growth in the placenta – even at conception, study finds

Babies whose mothers drank alcohol during their pregnancies – even as early as at conception – are at greater risk of being born with low birth weights, a new study suggests.

And these effects become apparent from the very earliest stages of pregnancy.

They also discovered that the female animals were much more dramatically affected by alcohol exposure, which was linked to 17 percent lower birth weights and 32 percent less blood vessel development in the placenta. 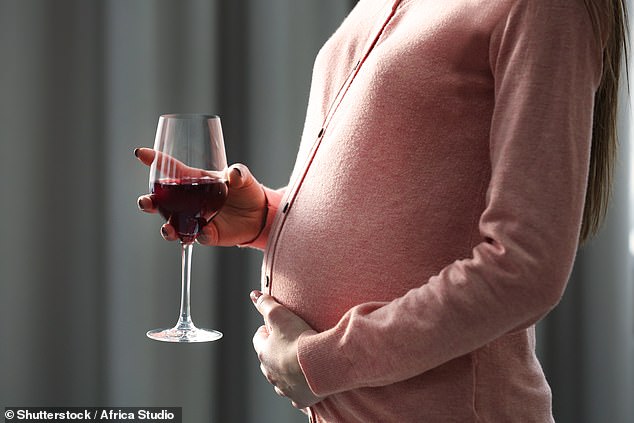 Some organizations say drinking before you know you’re pregnant is unlikely to cause ‘serious harm,’ but a new study found that drinking – even at conception – may lead to low birth weights

A developing fetus is sensitive to every change in the mother’s body, and vital statistics like birth weight can have lifelong consequences.

Babies are considered to have a low birth weight if they are under eight lbs and five ounces.

As they grow into adolescence and adulthood, these children are more likely to develop life-threatening conditions like diabetes, heart disease and high blood pressure.

They are also at higher risk of obesity and intellectual disabilities.

Among the most common causes of low birth weight – aside from premature birth – is fetal growth restriction (FGR).

Genetic factors – like parental size – can keep the baby from gaining this weight, but so can lifestyle factors, like drinking, smoking and using drugs.

The Centers for Disease Control and Prevention urges that there is no safe amount of alcohol to drink at any time during pregnancy – including before a woman knows she is pregnant.

While the American College of Obstetricians and Gynecologists (ACOG) echoes this advice, it also reassures women that ‘serious harm from this kind of [alcohol] use is unlikely.

‘The important thing is not to drink any alcohol for the rest of the pregnancy.’

But the new study, published in the journal Development, suggests that there may be risks to even the earliest sips of wine, beer or booze.

They continued to monitor the animals and the development of their embryos until after the babies were born, and considered ‘early pregnancy’ to span to four days after fertilization.

Even alcohol exposure in these earliest days of the animals’ pregnancies had clear and damaging effects on their fetuses.

In the earliest days of pregnancy, the placenta is developing around the fetus.

Proper development of the organ and its vasculature is critical to the fetus because this system of blood vessels will deliver nutrients and oxygen from mother to baby.

But in the rats, the scientists saw that even alcohol exposure in the earliest days of pregnancy cut the growth of blood vessels in the placenta.

For unclear reasons, the effects of this shortcoming were felt much more by female fetuses, whose placentas showed a 32 percent reduction in blood vessel growth, and whose birth weights were an average of 17 percent lower.

‘This has implications for human health by helping to explain, in part, why babies exposed to alcohol in the womb are often born small,’ said study co-author Dr Jacinta Kalisch-Smith, a placental researcher at the University of Oxford.

‘The next part of this project is to see whether nutrient supplementation can reduce or even prevent the adverse effects of alcohol exposure.’