Elderflowers smell to me like summer. Well elderflower cordial does, diluted with sparkling water.

I’m addicted to the stuff – it’s my favourite fizz. I know, I know, it’s probably full of sugar and bad for me. But I barely drink alcohol these days, so I think I’m allowed a few vices. And there’s still a pandemic to get through.

I bought a bottle of it just the other day while I was pottering around the local shops with my new friend Monika. I say she’s my friend. In fact, she’s my carer.

That word. Awful. I hate the term, and when the idea of getting one was first floated, I just thought: ‘Oh God.’ I like doing my own thing. I walk Bennie, my dog, and go to Waitrose most days to get something for dinner.

I used to drive, but I can’t bloody do that any more. As regular readers might remember, I had to hand in my licence a while back, after I lost the car while out shopping, and then having found it I got lost while driving back home. 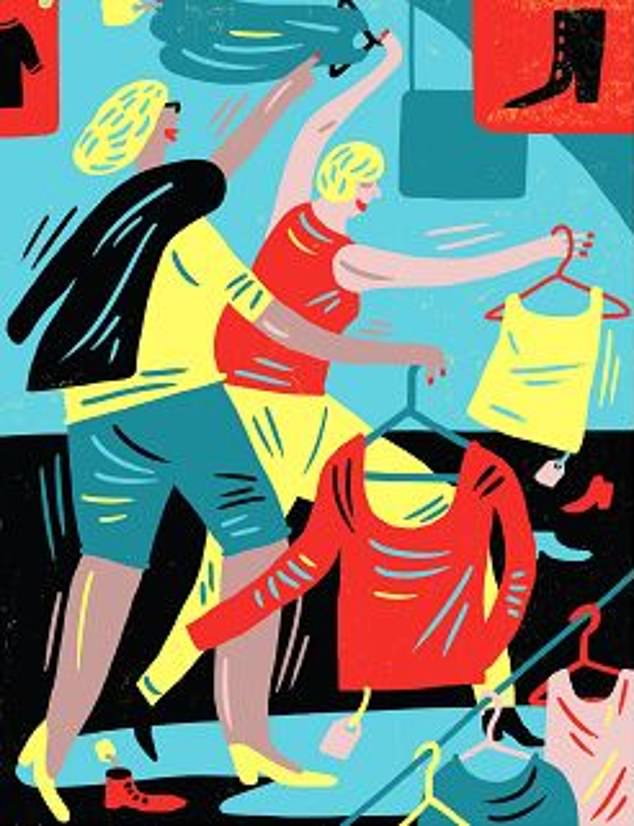 I bought a bottle of elderflower cordial just the other day while I was pottering around the local shops with my new friend Monika. I say she’s my friend. In fact, she’s my carer

After being diagnosed with Alzheimer’s – which I call The A-Word – in 2017, my memory has gradually worsened. And so this year I finally admitted defeat: I was no long able to drive.

It’s not the end of the world though, not having a car. I have my shopping trolley, and I’m very happy with it.

But a carer? OK, it’s not easy living with dementia. But I still feel like I can take care of myself.

The idea of getting help had been tabled a few months ago, by my daughters and long-suffering husband Chris. But I flatly refused. Carers are for doddery old ladies, and I’m not a doddery old lady. Not just yet. Slowly, though, I came round to the idea.

In all honesty, things have been getting harder for Chris. I’m forgetful – obviously. So, I suppose I do need a bit of assistance. I’m not talking about eating or dressing or anything – I am perfectly capable of all of that thank you very much.

But I’m always losing things and forgetting what day I have to do this or that, or forgetting a conversation I’ve just had.

Stuff like working the dishwasher, doing the laundry and cooking just seem to discombobulate me.

Until now, all this has been left to Chris. Then he had to have an operation at the start of July for trapped nerves in his back. He had to self-isolate before he went into hospital, for two weeks, and recovery has left him out of action. He’ll also have to be back and forth to the hospital for follow-up appointments.

Our daughters come by and do as much as they can, but they have full-time jobs. And I hate the idea of relying on my children.

And so, I admitted defeat. A carer was the only practical solution. I think maybe I resisted because part of me found the idea of being ‘cared for’ a bit embarrassing. 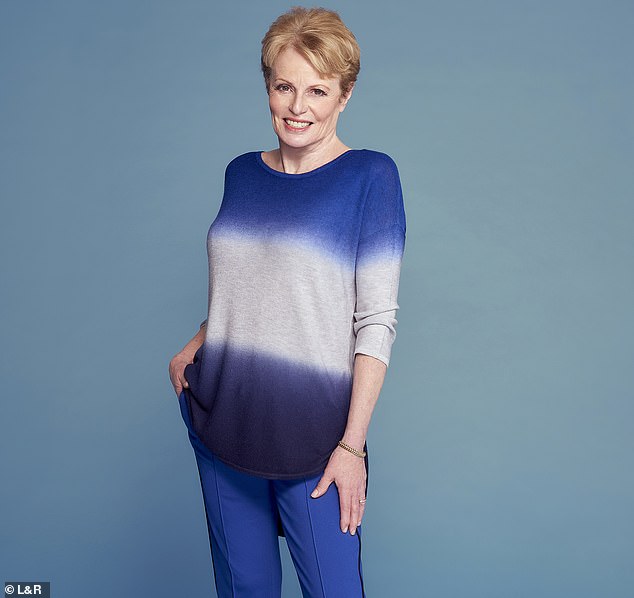 The idea of getting help had been tabled a few months ago, by my daughters and long-suffering husband Chris, writes Bonnie Estridge (pictured above)

Covid Q&A: Will virus no longer be a problem by Christmas?

Q: Will Covid no longer be a problem by Christmas?

A: Daily Covid cases dropped steadily over the past two weeks, sparking optimism – but this didn’t last long. On Friday, the UK reported nearly 30,000 cases, up from 25,000 on Tuesday.

Scientists have urged caution, as they say the effect of ‘Freedom Day’ on July 19 has not yet been seen in infection numbers. Nevertheless, experts are hopeful that the sudden and highly unexpected dip in cases last week signals the beginning of the end for the Covid pandemic in the UK.

It suggests case numbers will not reach the worrying heights that were predicted before the July 19 unlocking, and instead will continue to rise and fall at sustainable levels.

If this is the case, then the number of patients in hospital will remain at a manageable rate, while more people receive both their vaccines.

This will reduce the virus’s ability to spread and make people seriously unwell.

Professor Neil Ferguson, epidemiologist at Imperial College London and Government modeller, had predicted that 100,000 new cases a day was ‘inevitable’.

Scientists say a booster jab campaign, due to begin in September for over-50s, will be key to keeping infections and, crucially, hospitalisations down in the winter months.

But we have a cleaning lady – like many people – and there’s no shame in that.

Is there such a big difference? Hollywood stars have personal assistants and managers and chefs and all sorts. I’ve decided to see Monika in the same way.

It was Chris who found her. We’d employed council carers to look after Chris’s elderly dad, years back, and that was hopeless, so wasn’t ever going to be an option for us. He contacted a few agencies that he found online, but they were very expensive and also couldn’t guarantee the same person would come to see me regularly.

In the end, we went with a recommendation from a friend of a friend – an independent registered healthcare visitor who also cares for an autistic child.

Monika is nothing like the horrible, matron-like woman I imagined, and the doubts I had disappeared once we met. That first day, we went for a get-to-know-you walk, and I managed to persuade her to go to the shops with me. I think we were out for a couple of hours in the end, having a great time.

Chris, naturally, assumed I’d got lost. By the time we got home he was frantic – and about to send out a search party.

Monika is in her 40s, and Polish, which I like as my Dad was from Poland. At the moment she comes in twice a week for a few hours at a time. And I really look forward to seeing her.

She puts the shopping away, loads the washing machine and comes out for walks on the common with Bennie and me, that kind of thing.

And rather than taking away my independence, as I feared, she’s actually given me some of it back.

Chris and I don’t sit together all day long. He has his own things he likes to get on with. And he never had the patience to hunt for bargain designer clothes at TK Maxx with me anyway.

Now, with Monika, I can do just that. I can do what I want again, and wherever I want.

We chat about films and set out my plans for the day – and we never stop laughing.

I honestly don’t feel at all sad about this new development.

For now, having her come for four or five hours a week is enough.

But I’m slowly making peace with the fact that, in the future, as this illness gets worse, I might need her more.

I also realise I am lucky to have a big house, so if we need a live-in carer, they can come and stay here, so I won’t need to move into a (dare I say it) residential home.

But I’m not thinking about that yet. I still have plenty more bargain hunting to do.