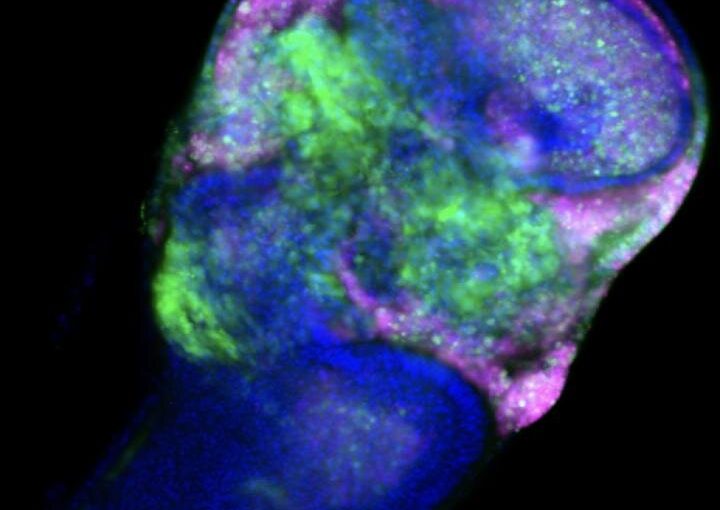 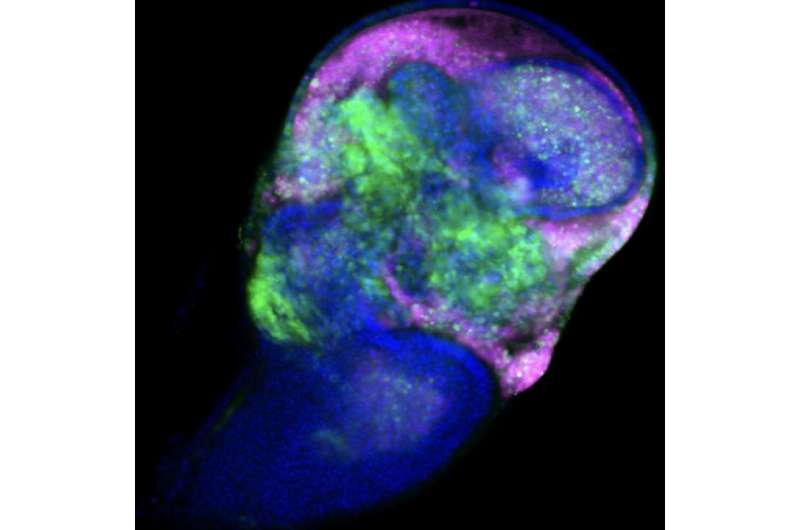 A research group at the RIKEN Center for Biosystems Dynamics Research (BDR) has discovered molecular events that determine whether cancer cells live or die. With this knowledge, they found that reduced consumption of a specific protein building block prevents the growth of cells that become cancerous. These findings were published in the scientific journal eLife and open up the possibility of dietary therapy for cancer.

A tumor is a group of cancer cells that multiplies—or proliferates—uncontrollably. Tumors originate from single cells that become cancerous when genes that cause cells to proliferate are over-activated. However, because these genes, called oncogenes, often also cause cell death, activation of a single oncogene within a cell is not enough for it to become a cancer cell. This phenomenon is thought to be a “fail-safe” mechanism that prevents cells from easily turning into cancer. For a cell to slip through the cracks and become cancer, several other oncogenes, along with cancer-suppressing genes, need to be activated in a multi-step process. The details of this process were the topic of the new study.

One concept for treating cancer takes advantage of the fail-safe mechanism by inhibiting cell proliferation, but not cell death. To do this, we have to know the molecular players involved in the process. Once the team identified p38 activation as a key step leading to cell proliferation, they realized they could make this concept a reality. After studying what else we know about p38, they realized that its activity can be controlled by nutrients in the diet.

They next set out to test this hypothesis by investigating the relationship between the food fed to fly larvae and cell proliferation. They found that reducing the amount of the amino acid methionine in the diet prevented p38-controlled oncogenesis. “We were excited to find that manipulating the amount of dietary methionine can affect cell proliferation but not cell death,” says Yoo. “Currently, we don’t know whether our finding in flies will translate to cases of human cancer. But, we speculate that it will in particular cases because some human cancers also activate the Src gene.

“We are curious to know how general the mechanism is that we found here. Aside from the Src signaling pathway, we also found that slpr can mediate the signaling pathways controlled by other oncogenes. Finding out how this happens is our next goal.”