Home » Health News » Diabetes type 2: A specific pain could indicate your risk of developing the condition 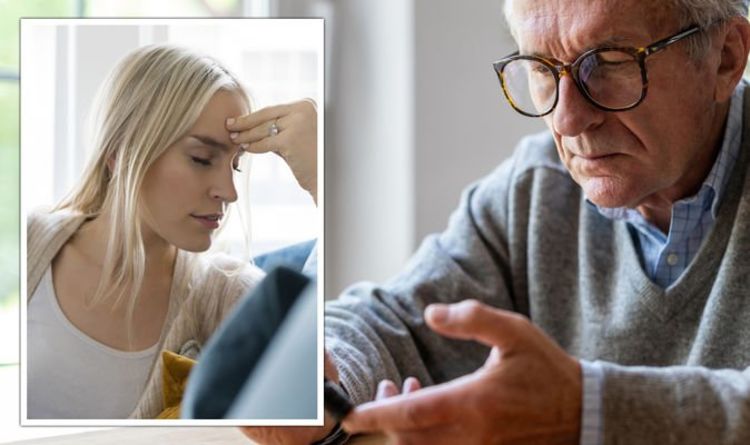 Type 2 diabetes can be a 'devastating diagnosis' says expert

A new study has suggested that the peptides that cause migraine pain may influence production of insulin in mice.

Researchers believe these peptides may regulate the amount of secreted insulin or increase the number of pancreatin cells that produce it.

The findings add to existing research that has determined a link between both peptides – calcitonin gene-related peptide (CGRP) and pituitary adenylate cyclase-activated polypeptide (PACAP) – and migraines.

Although migraines can sometimes feel like a throbbing headache, they tend to be more debilitating, often accompanied with nausea and sensitivity to light.

The illness is classified as a disabling condition in the UK, affecting around 10 million people aged between 15 and 69.

It is believed the CGRP and PACAP peptides play a major role in causing the pain of the headaches.

Thanh Do, the study’s lead investigator, said: “Migraines happen in the brain while diabetes is associated with the pancreas, and these organs are far from each other.”

However, these same peptides, along with another peptide called amylin, are found in the pancreas, and can influence the release of insulin from beta cells.

In type 2 diabetes, as cells become resistant to insulin and less capable of absorbing glucose, the beta cells will ramp up insulin production to compensate.

To further investigate the peptides’ role, Do’s team at the University of Tennessee devised a new method to glean data from cells, which revealed that the peptides lowered insulin levels in mice.

They believe that the peptides could therefore counter insulin resistance that develops in type 2 diabetes.

Do added: “Despite these positive results you can’t inject peptides CGRP and PACAP into the body as therapeutic strategies for diabetes because these petites cause migraines.

“But once we understand how they exert their effects on insulin secretion, we can design peptide analogs that would control insulin but would not bind to the pain receptor.

“The CGRP and PCAP peptides are each believed to play a unique protective role against type 2 diabetes.

Notably, CGRP limits insulin and amylin production, which could protect cells and help normalise their function.

PACAP, on the other hand, could regulate insulin and promote the proliferation of beta cells, according to the teams’ analysis.

Furthermore, there are currently different anti-CGRP and anti-PACAP treatments under development or already on the market for migraines.

This, Do worries, could consequently increase the risk of diabetes.

However the team remain hopeful their findings will offer targets for therapies that could aid in the prevention of type 2 diabetes.