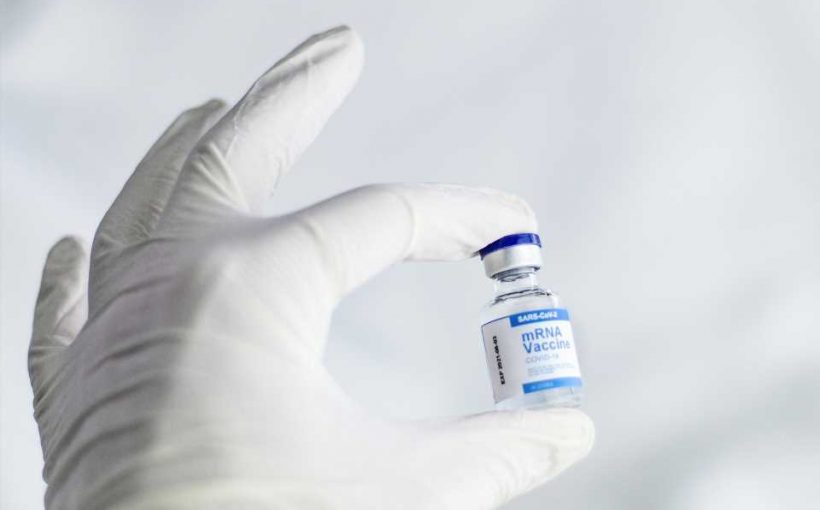 The Delta variant of the coronavirus, first identified in India, is a cause for global concern with studies showing it is more contagious and resistant to vaccines than other forms of COVID.

But there is also evidence vaccines retain important effectiveness against Delta after two doses.

Here is what we know about how variants respond to jabs.

Several lab tests show that the Delta variant seems to have stronger resistance to vaccines than other variants do.

The Alpha and Beta variants also provoked lower responses, with 2.6 times fewer antibodies for Alpha and 4.9 times fewer for Beta.

A French study from the Pasteur Institute concluded that neutralising antibodies produced by vaccination with the Pfizer/BioNTech jab are three to six times less effective against the Delta variant than against the Alpha variant.

Although they represent an essential marker, the levels of antibodies measured in a lab are not enough to determine the efficacy of a vaccine.

In particular they do not take into account a second immune response in the form of killer T cells—which attack already-infected cells and not the virus itself.

As a result, real-world observations are crucial to measuring vaccine effectiveness—and the first results are reassuring.

According to data published on Monday by Public Health England, vaccination with Pfizer/BioNTech and AstraZeneca is as effective at preventing hospitalisation in the case of the Delta variant as it is in the case of the Alpha variant.

Two doses of the Pfizer/BioNTech jab prevent 96 percent of hospitalisations due to the Delta variant, while AstraZeneca prevents 92 percent, according to a study involving 14,000 people.

Previous data released by British health authorities at the end of May come to similar conclusions for less serious forms of the illness.

AstraZeneca shows efficacy of 60 percent against cases caused by the Delta variant and 66 percent in the case of Alpha.

Scottish authorities published similar data on Monday in The Lancet.

The team behind the Sputnik V jab meanwhile tweeted on Tuesday that theirs was “more efficient against the Delta variant… than any other vaccine that published results on this strain so far”.

They did not publish results but said the study by the Gamaleya Center, a Russian research institute, had been submitted for publication in an international peer-reviewed journal.

One dose not enough

Among authorised vaccines only one—developed by Janssen—is given in one dose instead of two, and not enough data exists to determine its effectiveness against the Delta variant.

For the others, lab and real-world tests both conclude that one dose of any vaccine only gives limited protection against the Delta variant.

“After a single dose of Pfizer-BioNTech, 79% of people had a quantifiable neutralising antibody response against the original strain, but this fell to… 32% for B.1.617.2 (Delta),” says the lab study from June.

The Pasteur Institute found that a single dose of AstraZeneca would have “little to no efficacy” against the Delta variant.

Data from the British government confirms the tendency in real-world scenarios: both vaccines were 33 percent effective against symptomatic cases caused by Delta 3 weeks after the first dose compared to around 50 percent effectiveness against the Alpha variant.

In the UK—where the Delta variant is now responsible for 96 percent of new cases—these findings pushed the government on Monday to reduce the waiting period between doses from 12 weeks to eight for people over 40.

In France the wait has been reduced to three weeks from five for a second dose of the Pfizer/BioNTech and Moderna vaccines.

The Pfizer/BioNTech jab does however offer very high (94 percent) protection against hospitalisation due to the Delta variant after one dose.

Scientists agree that the best defence against the Delta variant is to get a full two-dose vaccination against coronavirus.

Top French scientist Jean-François Delfraissy says creating a “block of vaccinated people” will help keep the Delta variant from spreading throughout the population.

A US study from June 10 points to the importance of vaccination to keeping the list of variants from growing.

“Increasing the proportion of the population immunised with current safe and effective authorised vaccines remains a key strategy to minimise the emergence of new variants and end the COVID-19 pandemic”, it says.

Antoine Flahault, who heads up the University of Geneva’s Institute of Global Health, insists it is still crucial to observe social distancing, share infection information, and observe restrictions when necessary to “keep virus circulation low”.