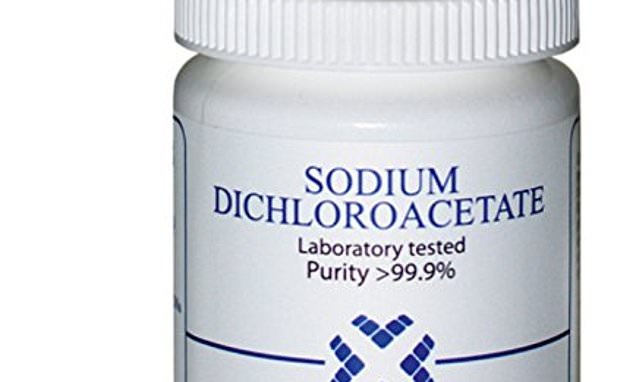 A controversial drug touted as being able to treat cancer may offer hope to millions of women battling endometriosis.

The incurable condition causes tissue similar to womb lining to grow in other places, such as the ovaries, pelvic lining and fallopian tubes.

Trials on mice showed dichloroacetate (DCA) could reduce the size of the agonising lesions of tissue in the pelvis.

It worked by reducing elevated levels of lactate secreted by cells, which is believed to fuel abnormal cell growth.

University of Edinburgh academics will now trial the drug on women, in hope that it could have the same effect on humans.

Endometriosis is thought to have similarities to cancer in how cells behave, which may explain why DCA could prove useful.

DCA hit headlines a decade ago after research on rats found the compound killed cancer cells and shrunk tumours.

But it sparked controversy as patients began to buy the drug online. Charities urge patients to avoid the compound, which isn’t proven to work. 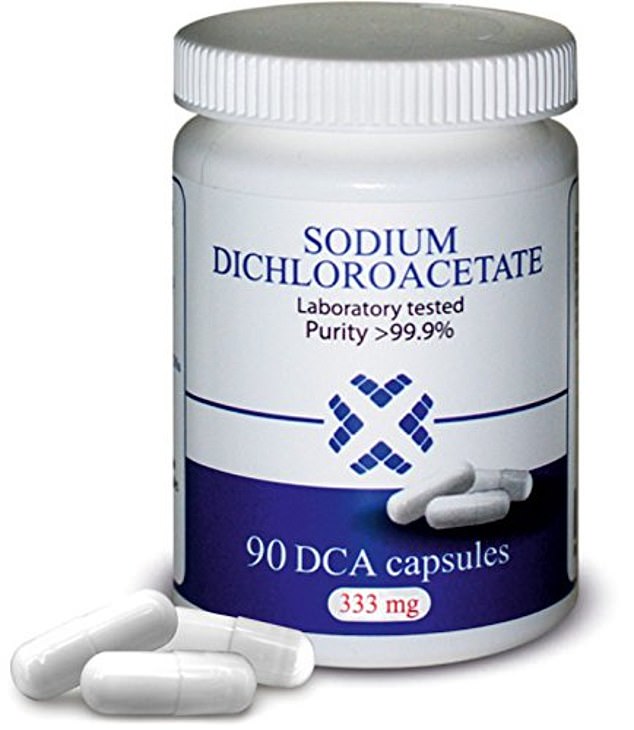 Dichloroacetate (DCA), which has been touted as an anti-cancer drug, may offer hope to millions of women battling endometriosis after scientists found it could reduce painful lesions in mice studies

Endometriosis is an incurable condition that strikes around 176million women across the world, according to figures.

Each month, the endometrial tissue cells react in the exact same way as those in the womb, building up and breaking down.

Dichloroacetate (DCA) has been researched as a treatment for cancer but is unproven.

The drug gained interest in  2007 after a Canadian study suggested DCA might be able to reverse cancer growth.

University of Alberta researchers published results of a study about DCA stating that the agent showed promise in shrinking tumours in laboratory rats and human cells in the lab.

The Canadian Cancer Society said they had ‘concerns about Canadians with cancer seeking DCA because we don’t know enough about its risks and benefits’.

It isn’t approved by the US Food and Drug Administration (FDA).

Researchers, led by Professor Andrew Horne, compared pelvic tissue of 16 women who either had endometriosis or did not.

They found cells of women with endometriosis produced energy in a different way to women without the condition.

As a result, the cells secreted more lactate, which the scientists claim may create an environment perfect for the growth of abnormal cells.

Lactate is also known to stimulate the spread and growth of cancer cells in the body, knowledge which prompted the scientists to try DCA.

When the scientists exposed human cells to DCA for 48 hours, metabolic behaviour returned to normal. They also saw lactate secretion was slashed.

Following the success of the experiment, Professor Horne and colleagues then fed mice DCA once a day for a week.

Results revealed the drug cut the concentration of lactate in pelvic fluid and, as a result, slashed the size of endometriosis lesions. 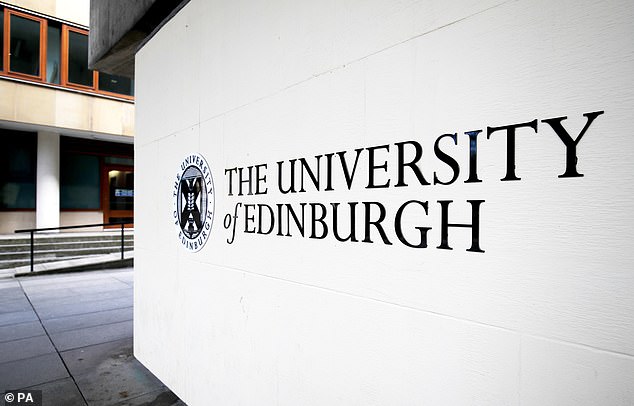 University of Edinburgh led the studies. The researchers believe the new findings could help alleviate endometriosis in women who cannot – or do not want to – take hormonal treatments

Professor Horne said he expected the new treatment to target endometriosis in the peritoneum — the lining of the pelvis — which is where the condition occurs in 80-90 per cent of cases.

WHAT IS ENDOMETRIOSIS AND HOW IS IT DIAGNOSED?

Endometriosis occurs when cells in the lining of the womb are found elsewhere in the body.

Each month, these cells react in the same way as those in the womb; building up, breaking down and bleeding. Yet, the blood has no way to escape the body.

Symptoms include pain, heavy periods and fatigue, as well as a higher risk of infertility, and bowel and bladder problems.

Its cause is unknown but may be genetic, related to problems with the immune system or exposure to chemicals.

The only definitive way to diagnose endometriosis is by a laparoscopy – an operation in which a camera – a laparoscope – is inserted into the pelvis via a small cut near the navel.

The surgeon uses the camera to see the pelvic organs and look for any signs of endometriosis.

Treatment focuses on pain relief and improving quality of life, which may include surgery or hormone treatment.

He said: ‘Endometriosis can be a life-changing condition for so many women.

‘Now that we understand better the metabolism of the cells in women that have endometriosis, we can work to develop a non-hormonal treatment.’

Currently the treatments available for endometriosis are either hormone-based, which can produce unpleasant side-effects, or surgery, which in half of cases results in lesions returning after five years.

The researchers believe the new findings could help alleviate endometriosis in women don’t want to take hormonal treatments. These aren’t always suitable because they act as a contraceptive and many women with the condition are of child-bearing age

Professor Horne added: ‘Through a clinical trial with DCA we should be able to see if the conditions we observed in the lab are replicated in women.’

She said: ‘Few people have heard of it [endometriosis] and treatment, which can impact fertility, has progressed very little for over 40 years.

‘We are delighted that Professor Andrew Horne’s new treatment going to clinical trial could hugely impact so many women’s lives.’

The latest research was published in the Proceedings of the National Academy of Sciences.

DCA first became popular in 2007 when a University of Alberta study looking into its potential cancer-fighting properties gained huge interest.

A clinical trial on a small number of humans with malignant brain tumours, known as glioblastomas, was also conducted.

While the results were hopeful, clinical trials for DCA as a cancer treatment are still in the early phases and cancer experts remain sceptical.

It’s not approved in any country, including by the US Food and Drug Administration (FDA), as a safe cancer treatment.