Home » Health News » Common cold symptoms: Fight against seasonal bugs by adding this to your food 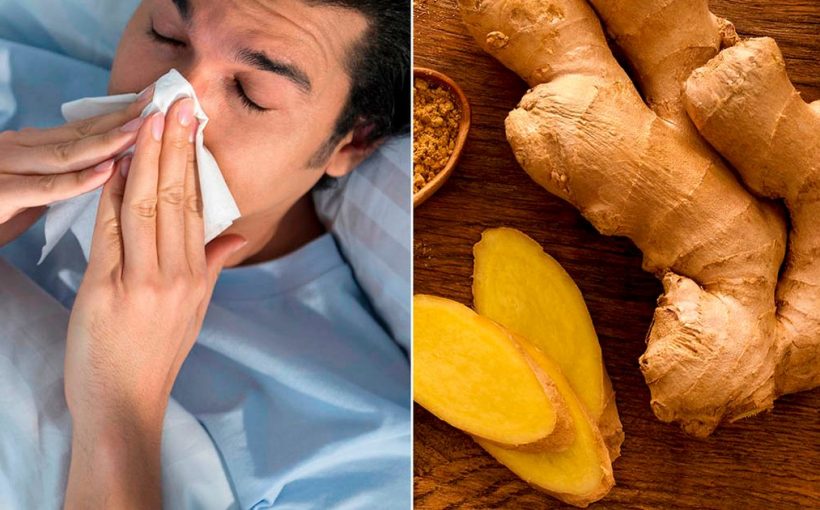 Cold and flu season is here.

A quick look at Google will tell you as much, with people using the search engine for "common cold symptoms" and to ask "how long does flu last?" as the rest of us try to avoid the office bug.

While symptoms of a common cold can gradually include a blocked or runny nose, sore throat, headaches, muscle aches, coughs and sneezing, the flu appears much more quickly and can leave you exhausted, as well as hanging around for longer.

While rest and sleep and keeping warm, as well as plenty of water will help you fight a cold, staying fit and healthy can help prevent you catching one.

So in order for you to help you immune system fight against seasonal bugs, a nutritionist has revealed a simple way to help yourself.

Rob Hobson, head of nutrition at Healthspan, suggests adding warmth to your winter cooking with your spice rack.

While some spices have pretty impressive health benefits, others reduce inflammation which could help the immune system fight back.

Rob said: "Spices, by definition, are the aromatic part of a plant – whether that's a root, bark, flower or seed."

As we're approaching the time of year when we're exposed to annoying bugs that can leave us feeling run down, having a few key staple [spices on hand] could help you to keep well this winter."

Easily incorporated into hot dishes, you could also sprinkle some on leftover roast chicken and mix it with yoghurt to use as a salad filling.

Rob said: "Incorporating curry powder into your meals means you'll be harnessing a multitude of benefits at once."

"Many of these spices act as anti-inflammatories."

The nutritionist explained: "Ginger is very pungent and has aromatic citrus notes, with a peppery flavour, which is also reflected in its powdered spice form too.

"This root has been shown to have strong anti-inflammatory properties, which are a result of the active compounds called 'gingerols'."

He added: "Traditionally ginger is commonly used to treat nausea, so it could be a good option during the festive season to settle delicate 'morning after' tummies."

You can add turmeric to many foods including stews, curries, pasta sauces and soups.

"Turmeric has been shown to contain a compound called curcumin that acts as a powerful anti-inflammatory in the body, and research has pointed out its pain relieving properties," Rob said.

Fennel seeds work well in tomato-based dishes and can also be sprinkled on roasted vegetables.

"These sweet liquorice-flavoured seeds are popular in cuisines such as those found in the Mediterranean," said Rob.

He also explained the seed is traditionally used to help relieve bloating and flatulence, and that in traditional eastern medicine, it's also used as a way to aid digestion, thanks to its flavonoid antioxidants.

The autumnal favourite has plenty of benefits, it is also great when added to hot drinks such as cocoa or coffee.

Rob said: "The compound in cinnamon responsible for its powerful health benefits is called 'cinnamaldehyde', which studies have found can help fight bacterial infections in the body."