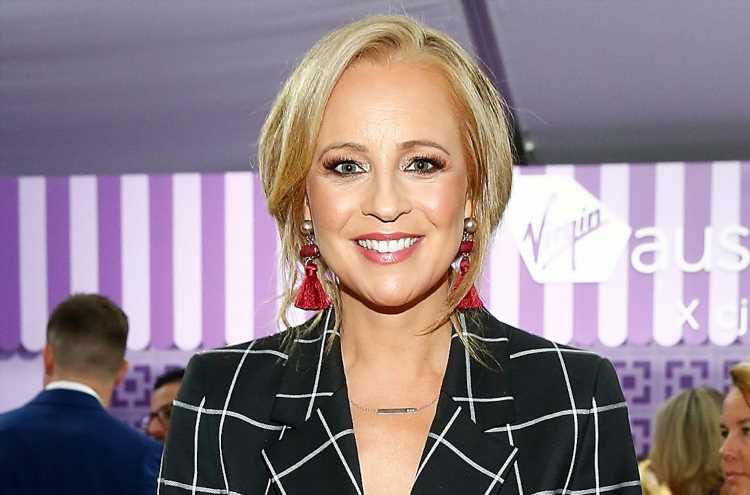 Carrie Bickmore has revealed that she saw a psychologist after the traumatic birth of her first son Ollie left her terrified to do it again with daughter Evie.

In a candid chat on The Weekly With Charlie Pickering, The Project host said that she wanted to be open about her family’s struggles with mental health, noting that she has had anxiety and her partner Chris has OCD.

“We don’t spend a lot of time talking about it, I think,” the 38-year-old began.

“That’s what we have and we both openly see, I saw psychologists when I was pregnant with Evie,” she said of her and her partner’s experiences with therapy. “I had this real fear of giving birth to Evie because I nearly died after I gave birth to Ollie.”

“We don’t take special time to talk about as if it’s a strange thing or a thing to be ashamed of or anything, it’s who we are,’ she said, saying there should not be a stigma towards mental illness.”

1 MONTH OLD TODAY!! Sleep ? Boobtime ? Googling ‘what is reflux at 3am?’ ? Late night pram walks ? Cuddles ? Arguments ? Conflicting advice given ? Struggle with existing 3 year old ? Hours spent staring at Adelaide ? Feeling overwhelmed ? Feeling like it’s all going to be ok ? Eating meals with 1 hand ? Witching hour is witching 4 hours ? Tears of happiness ? Tears of exhaustion ? Surviving on 4 hours broken sleep ? A trip back to hospital with mastitis ? Getting 5 mins to myself ? Bursting with love and gratitude ? ❤️❤️❤️❤️❤️❤️❤️

In a previous interview with marie claire, Carrie said that 10 days after welcoming Oliver she suffered from a severe haemorrhage that nearly killed.

“If had I not been able to head straight to a hospital and have an operation and blood transfusions, I would have died.”

Carrie has also spoken about the trauma of going through child birth again on her Hit Network radio show.

“Giving birth is a full on thing, it’s beautiful, it’s special, but it’s also traumatic,” she said. “It’s painful, I would have done anything to have the experience erased from my mind. They say you forget and that’s why you go back again. I never forgot. The funniest part, it’s hard to get your head around what actually happens.”