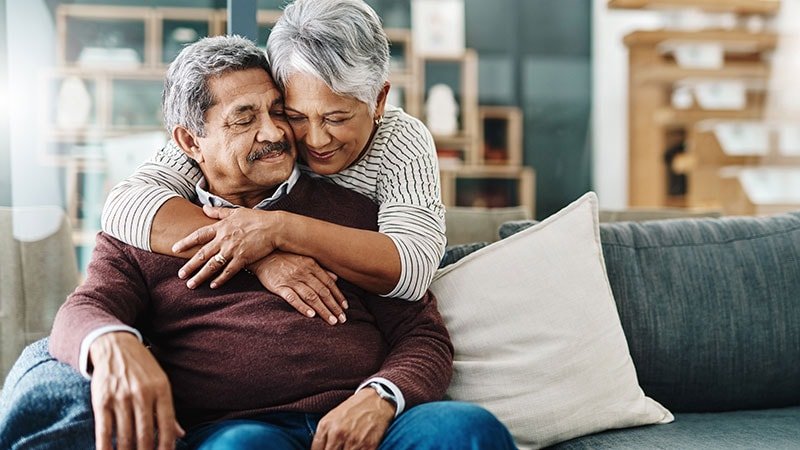 New research shows that the benefits of sodium-glucose cotransporter-2 (SGLT2) inhibitors on symptoms and quality of life in patients with heart failure extend to canagliflozin (Invokana, Invokamet, Janssen).

Canagliflozin 100 mg daily bested placebo by a mean of 4.3 points for the primary outcome of 12-week change in the Kansas City Cardiomyopathy Questionnaire (KCCQ) total symptom score (P = .016). The curves separated as early as 2 weeks and the benefit was sustained out to 3 months.

When the Canagliflozin Impact on Health Status, Quality of Life, and Functional Status in Heart Failure (CHIEF-HF) trial was being developed, few data were available on the health status benefits of SGLT2 inhibitors, and canagliflozin did not yet have an indication for heart failure, he noted. The trial ultimately launched the week the United States shut down due to COVID-19 and was completed during the pandemic.

Study sites identified potential patients with HF based on electronic medical record review and invited them to a website to learn about the trial. If interested, patients opted to be screened. Inclusion criteria were a confirmed diagnosis of HF, sole access to a cell phone, willingness to wear a Fitbit, and a screening KCCQ overall summary score of 80 or less. Exclusion criteria included SGLT2 inhibitor use within 3 months, type 1 diabetes, and estimated glomerular filtration rate of ≤ 30 ml/min/1.73m2.

Between March 26, 2020, and February 12, 2021, a total of 1333 patients were screened and 50% consented. The target enrollment was 1900 patients, but because of “shifting priorities” of the sponsor, Janssen, the trial was stopped early, with 476 patients randomized to canagliflozin 100 mg daily or placebo, Spertus said.

The full analysis set included 226 placebo-treated patients and 222 canagliflozin-treated patients. Their median age was 65 years, 14% of patients were Black or African American, 45% were women, 59% had HF with preserved ejection fraction (HFpEF), 41% had HF with reduced EF (HFrEF), and 28% had diabetes.

“The study operations worked exceedingly well,” Spertus observed. Participant eligibility was confirmed in 100% of patients, study drugs were directly delivered to 100% of participants, and self-reported medication compliance of at least 80% was 91%. Follow-up on the KCCQ measured at weeks 2, 4, 6, and 12 “was extraordinary,” ranging from 99% to 97%.

In a responder analysis, the number needed to treat (NNT) to avoid a large deterioration (at least 20 points) in the KCCQ total symptom score over 12 weeks was 15 and the NNT for a moderate-to-large improvement (10 to 19 points) was 27.

In subgroup analyses, the benefit of canagliflozin on the primary endpoint was consistent among patients with HFpEF (mean difference, 4.5 points) and HFrEF (mean, 4.0), as well as those with type 2 diabetes (mean, 6.5) and without (mean, 3.6).

No new safety concerns were identified in the study, Spertus said. Serious adverse events occurred in 7.8% of patients in the placebo group and 12.1% in the canagliflozin group. There were four and two deaths, respectively.

Canagliflozin “was started without any patient visits or labs, really highlighting the safety of implementing and instituting SGLT2 inhibitors, particularly in an era of marked increase in telemedicine visits,” he concluded. “It also models a new approach to the conduct of clinical trials with much more rapid enrollment and completion than traditional RCTs [randomized controlled trials] and addresses many of the Institute of Medicine’s challenges to improving randomized trials.”

Limitations of the trial are that pandemic participation may have altered patients’ usual activities, it was not powered for clinical events, and the use of smartphones may have introduced a socioeconomic bias, Spertus said.

Dedicated discussant Eldrin F. Lewis, MD, MPH, chief of cardiovascular medicine at Stanford University School of Medicine in California, pointed out that the benefit with canagliflozin is consistent with a mean KCCQ change of 1.5 to 4.8 with dapagliflozin in DAPA-HF and DEFINE-HF and with empagliflozin in EMPEROR-Reduced and EMPEROR-Preserved.

He praised the trial for its execution, diversity of participants, lack of safety events despite no face-to-face visits or safety labs, and inclusion of a responder analysis, which is helpful for decision-making. Weaknesses are that the 12-week follow-up doesn’t permit a check of enduring effects, no details were available on exercise capacity, and just 476 of the 1900 anticipated patients were actually enrolled. “But we clearly saw a benefit with canagliflozin.”

During a discussion of the results, one attendee asked whether “we’re ready for decentralized trials in heart failure,” to which Spertus replied, “we absolutely are,” but added that several features are important when thinking about doing such a trial.

“First of all, we were benefited by a wealth of data about the safety of SGLT2 inhibitors, so if there are real safety concerns then I think it’s very risky not to have in-person visits with patients,” he said. “Secondly, the design of the trial focusing on quality of life as the primary outcome was one of the key opportunities we had to conduct this completely virtually.

“There are a lot of interventions and trials…that would lend themselves to this type of study design and I hope we’ll see many, many more of these to accelerate the generation of good evidence upon which we can evolve and improve our practice,” Spertus said.