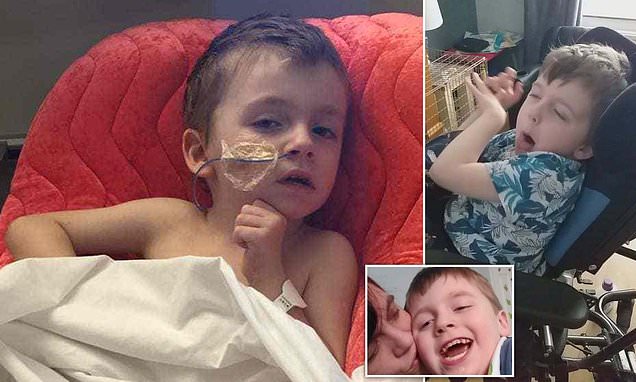 Boy, six, can no longer walk, talk or swallow after sepsis ’caused his heart to shut down which blocked oxygen to his brain’

A six-year-old boy can no longer walk, talk or swallow after suffering from sepsis.

Bryan Bru was rushed to hospital when he had a seizure at just four years old on September 17 2017.

Doctors diagnosed him with sepsis, which they believe was triggered by pneumonia and an infection in his gut lining.

Bryan, of Drogheda, Ireland, was put on life support and spent 10 days in paediatric intensive care. At one point, the acid levels in his blood were so high, ‘no one expected him to survive’.

Elevated levels of the acid lactate indicates inadequate oxygen is being delivered to the body’s tissues. Although Bryan pulled through, the lack of oxygen damaged his brain, kidneys and heart.

His mother Grainne Mccullough, 37, was forced to quit her job as a healthcare assistant to look after her son but claims he needs specialist support for his disabilities.

Ms Mccullough is fundraising for treatment that she hopes will help him swallow and improve his balance. 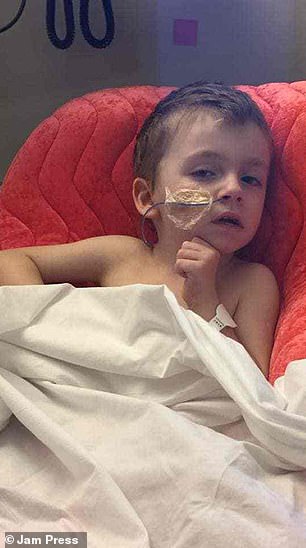 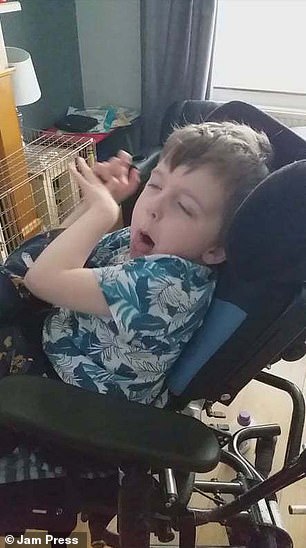 Bryan Bru was diagnosed with sepsis in September 2017. After being on dialysis and life support, the youngster pulled through and spent months recovering on a children’s ward (pictured left). During the ordeal, oxygen was cut off to Bryan’s vital organs, leaving him with brain damage. Pictured recently on the right, he can no longer walk, talk or swallow 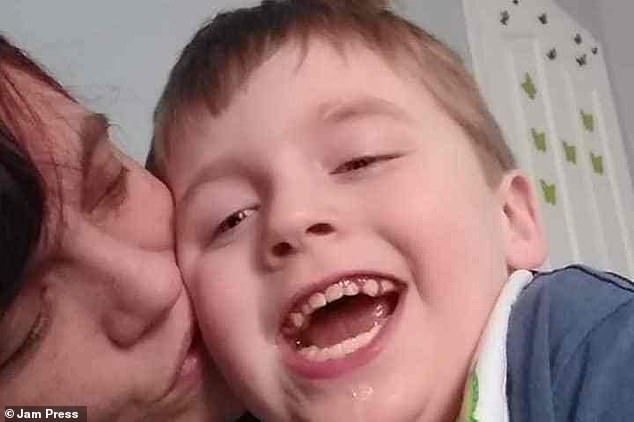 His mother Grainne Mccullough quit her job as a healthcare assistant to look after her son (pictured together, before) but claims he needs specialist support for his disabilities

Bryan was taken to Our Lady of Lourdes Hospital in mid-September 2017 when he started to show signs of being unwell.

‘At first he got plenty of fluids and we were sent home after just three days, but the next day he was really tired and pale,’ Ms Mccullough said.

‘He started vomiting violently and even had a seizure- I shut down and couldn’t breathe, it was pure panic.’

Bryan’s father, who Ms Mccullough declined to name, took his son back to hospital.

This time, doctors diagnosed Bryan with sepsis. He was immediately put on life support, and treated with blood transfusions and dialysis.

He was later transferred to Temple Street Children’s University Hospital in Dublin, where he spent 10 days in the pediatric intensive care unit (PCIU).

‘Doctors told me it didn’t look good and sent a priest up to us in the PCIU waiting room,’ Ms Mccullough explained.

‘He had so much lactate in his blood no one expected him to survive.’

Lactate is naturally produced by the body to fuel cells during stressful times. But elevated levels are often used to diagnose sepsis.

While Bryan was on dialysis and life support, doctors carried out an MRI scan on his brain.

This revealed changes to his basal ganglia. This is the part of the brain that controls voluntary movement, suggesting the youngster may be unable to walk.

Against all odds, Bryan recovered but doctors warned he had severe damage to his kidneys, heart and brain.

After months recovering in a children’s ward, he was eventually allowed to go home on December 1 2017. 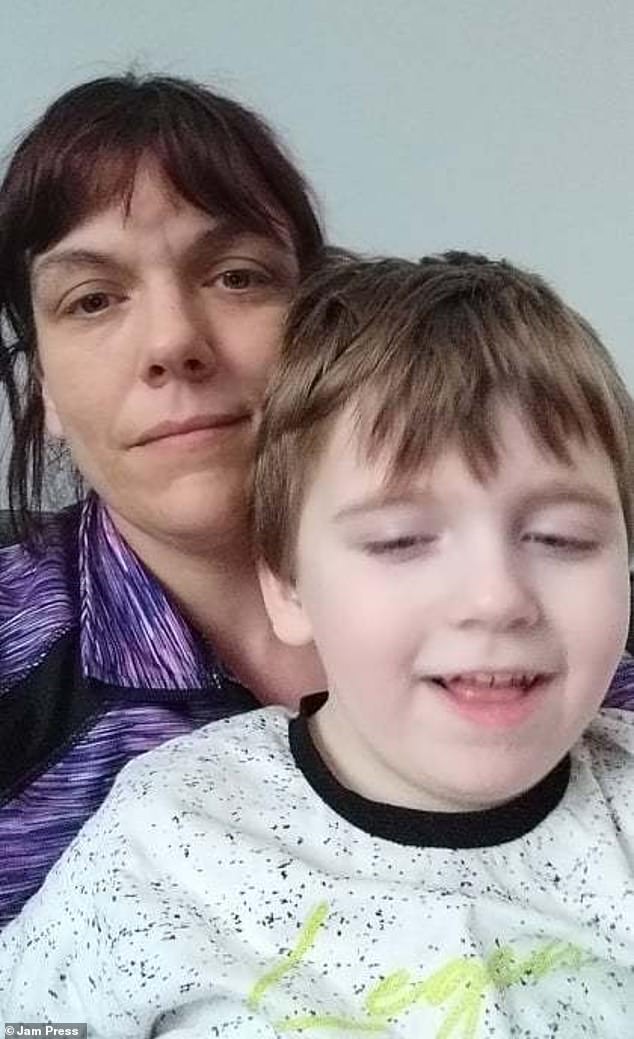 Since then, life has changed dramatically for Bryan’s family. Ms Mccullough quit her job and separated from Bryan’s father, who she was with for seven years.

‘Myself and Bryan have had a lot of adjusting to do as he has a lot of issues with pain, swallowing and has no balance,’ Ms Mccullough said.

‘He drags himself around the floor to get around, he is in pain, he gets very frustrated, and also only sleeps four-to-five hours a night.’

Ms Mccullough does her best to care for her son but claims he needs specialist support.

‘The waiting lists are horrendous here, and he needs specialist care for his heart and other issues,’ she said.

‘He is now under a private paediatrician in Northern Ireland, who have referred him to specialists, which is what I am raising funds for. Without the fundraising, I don’t know where we would be.’

Writing on her GoFundMe page, Ms Mccullough said Bryan has seen his ‘last set of specialists’ in London but still needs further support.

She is also speaking out to encourage other parents to be aware of the signs of sepsis.

‘Always listen to your gut, if you feel something’s not right, go with it,’ she said.

‘It can happen so so fast and the mortality rates are high. The more awareness there is, the more kids that might be saved.’

Sepsis occurs when the body reacts to an infection by attacking its own organs and tissues.

Some 44,000 people die from sepsis every year in the UK. Worldwide, someone dies from the condition every 3.5 seconds.

Sepsis has similar symptoms to flu, gastroenteritis and a chest infection.

Symptoms in children are:

Under fives may be vomiting repeatedly, not feeding or not urinating for 12 hours.

Anyone can develop sepsis but it is most common in people who have recently had surgery, have a urinary catheter or have stayed in hospital for a long time.

Other at-risk people include those with weak immune systems, chemotherapy patients, pregnant women, the elderly and the very young.

Treatment varies depending on the site of the infection but involves antibiotics, IV fluids and oxygen, if necessary.