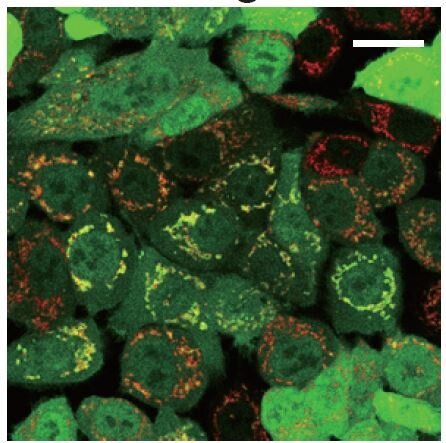 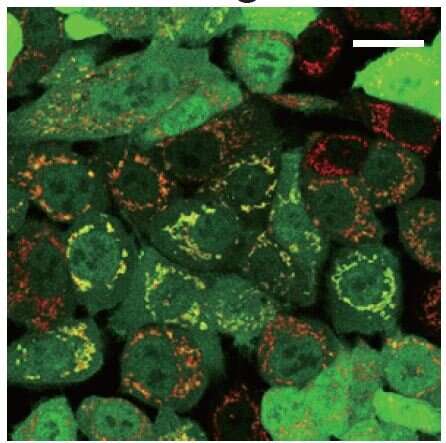 Researchers at Tokyo Metropolitan Institute of Medical Sciences are reporting new insight into how the Parkinson’s disease-associated protein Parkin selects its targets. Cells depend on Parkin to help get rid of damaged mitochondria. This new work, which appears in the Journal of Biological Chemistry on Monday, May 20, suggests that Parkin depends on other proteins, including one called MITOL that has not previously been linked to Parkinson’s disease, to direct it to those damaged mitochondria. The finding might help improve experimental therapies for Parkinson’s that aim to boost Parkin activity.

While other ubiquitin tagging proteins, known as E3 ligases, recognize specific amino acid sequences on their substrates, Parkin has many known substrates that don’t seem to share a sequence in common. While studying how Parkin chooses its substrates, a group of scientists led by Fumika Koyano in Noriyuki Matsuda’s lab at the Tokyo Metropolitan Institute of Medical Science discovered that Parkin can tag any lysine-containing protein with ubiquitin—even a bacterial protein that is not ordinarily found in the cell—as long as it’s present at the surface of the mitochondria.

“Parkin is not regulated by its substrate specificity,” Koyano said of the finding. Instead, she added, control of Parkin activity comes from how it is recruited and activated by other proteins.

The discovery that activated Parkin is not terribly selective led Koyano and her colleagues to take a closer look at Parkin’s recruitment and activation. Some details of that process are well known; for example, a protein called PINK1 is known to boost Parkin activity. But Koyano and colleagues discovered a new step that has to happen before PINK1 can contribute to Parkin activation. They found that Parkin acts much more rapidly when a first ubiquitin molecule is already present, acting as a “seed” for addition of more ubiquitins. In most cases, the researchers found, this seed ubiquitin is added by a protein called MITOL, which has not previously been linked to Parkinson’s disease.