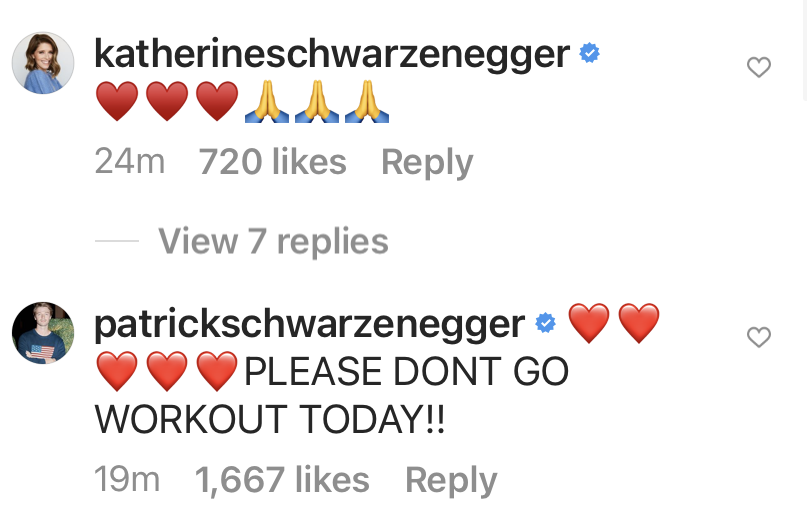 The Terminator star and former California governor, 73, shared a video on Friday from his first bike ride since his surgery. As he bikes by the camera, Schwarzenegger flashes a thumbs up and says, “Feeling good again.”

“I just went on my first bike ride since my heart surgery, and I’m feeling good,” he added in his posts on Twitter and Instagram.

Schwarzenegger has been home recovering since his surgery in late October. He shared the news of his surgery on the 23rd, after doctors at the Cleveland Clinic replaced the aortic valve in his heart.

“Thanks to the team at the Cleveland Clinic, I have a new aortic valve to go along with my new pulmonary valve from my last surgery,” he wrote on social media, along with photos of himself in a hospital bed and ones of him touring statues in the Ohio city.

“I feel fantastic and have already been walking the streets of Cleveland enjoying your amazing statues. Thank you to every doc and nurse on my team!” “It’s true: I’m back!” he tweeted at the time. “I went to sleep expecting to wake up with a small incision and woke up with a big one. But guess what? I woke up, and that’s something to be thankful for.”

That was the second time Schwarzenegger needed a pulmonic valve replacement — he also had one in 1997, due to a congenital heart defect, his representative Daniel Ketchell told PEOPLE.