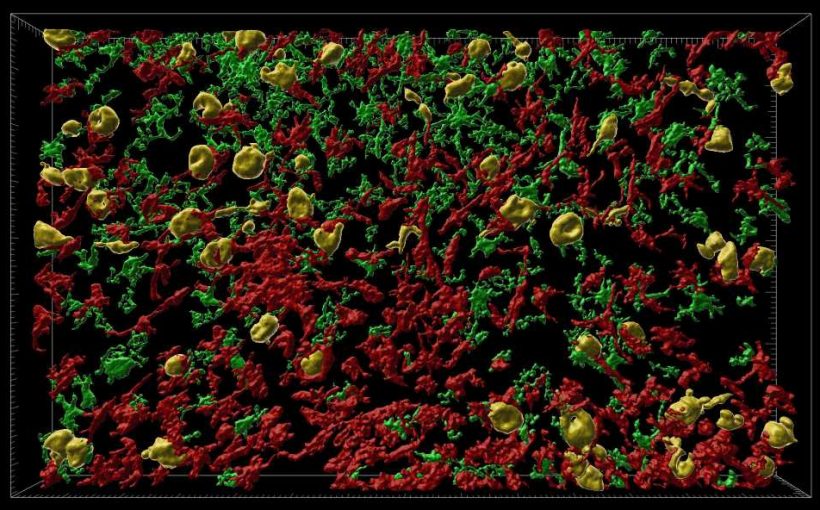 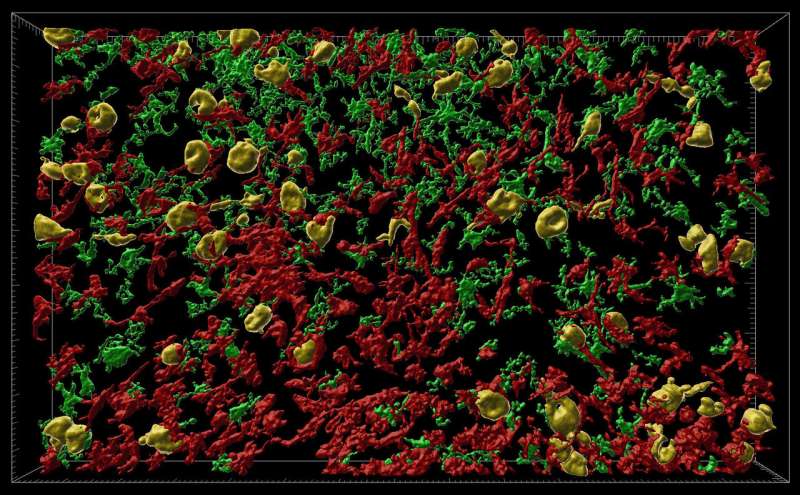 Our knowledge of Alzheimer’s disease has grown rapidly in the past few decades but it has proven difficult to translate fundamental discoveries about the disease into new treatments. Now researchers at the California National Primate Research Center at the University of California, Davis, have developed a model of the early stages of Alzheimer’s disease in rhesus macaques. The macaque model, published March 18 in the journal Alzheimer’s & Dementia: The Journal of the Alzheimer’s Association could allow better testing of new treatments.

The model was developed by Professor John Morrison’s laboratory at the CNPRC, in collaboration with Professor Jeffrey Kordower of Rush University Medical Center and Paramita Chakrabarty, assistant professor at the University of Florida.

Alzheimer’s disease is thought to be caused by misfolding of the tau and amyloid proteins. Misfolded proteins spread through the brain, leading to inflammation and cell death. Tau protein is commonly found in neurons of the brain and central nervous system, but not elsewhere.

Researchers think that decades may elapse between the silent beginnings of the disease and the first signs of cognitive decline. Understanding what happens over these years could be key to preventing or reversing symptoms of Alzheimer’s disease. But it is difficult to study therapeutic strategies without a powerful animal model that resembles the human condition as closely as possible, Morrison said. Much research has focused on transgenic mice that express a human version of amyloid or tau proteins, but these studies have proven difficult to translate into new treatments.

Humans and monkeys have two forms of the tau protein in their brains, but rodents only have one, said Danielle Beckman, postdoctoral researcher at the CNPRC and first author on the paper.

“We think the macaque is a better model, because it expresses the same versions of tau in the brain as humans do,” she said. 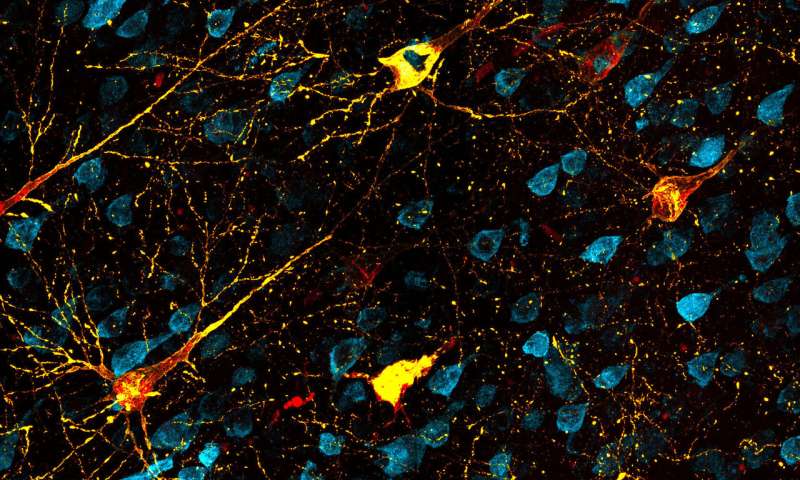 Mice also lack certain areas of neocortex such as prefrontal cortex, a region of the human brain that is highly vulnerable to Alzheimer’s disease. Prefrontal cortex is present in rhesus macaques and critically important for cognitive functions in both humans and monkeys. There is a critical need for new and better animal models for Alzheimer’s disease that can stand between mouse models and human clinical trials, Beckman said.

Chakrabarty and colleagues created versions of the human tau gene with mutations that would cause misfolding, wrapped in a virus particle. These vectors were injected into rhesus macaques, in a brain region called the entorhinal cortex, which is highly vulnerable in Alzheimer’s disease.

Within three months, they could see that misfolded tau proteins had spread to other parts of the animal’s brains. They found misfolding both of the introduced human mutant tau protein and of the monkey’s own tau proteins.

“The pattern of spreading demonstrated unequivocally that tau-based pathology followed the precise connections of the entorhinal cortex and that the seeding of pathological tau could pass from one region to the next through synaptic connections,” Morrison said. “This capacity to spread through brain circuits results in the damage to cortical areas responsible for higher level cognition quite distant from the entorhinal cortex,” he said.

“We think that this represents a more degenerative phase, but before widespread cell death occurs,” she said.

The researchers next plan to test if behavioral changes comparable to human Alzheimer’s disease develop in the rhesus macaque model. If so, it could be used to test therapies that prevent misfolding or inflammation.