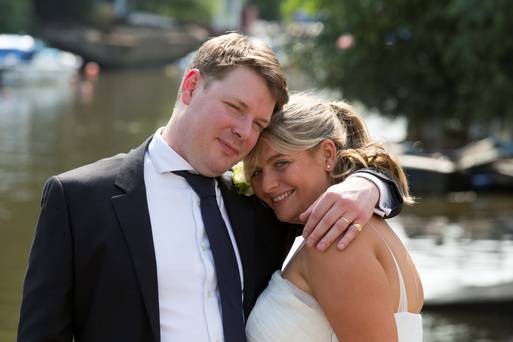 By her own admission, acclaimed writer Bryony Gordon has had her share of moments of angst.

Alcoholism, low self-esteem and depression have been part of the backdrop to her life, charted over the years in her Telegraph columns, in her autobiography, Mad Girl, and in her work as a mental health campaigner.

Now she tackles the plethora of issues teenagers suffer today – the raging hormones, peer pressures and body image aspirations plastered all over social media – in You Got This, her first book for young adults, in which she shares her own past insecurities and life lessons in this ultimately uplifting guide.

She urges teenagers to like themselves, to be who they are and be happy about that – something Gordon struggled with as a teen and beyond.

She writes amusingly about only having one eyebrow instead of two, how her hips melded with her thunder thighs, and how she wished she could make her handwriting look as cool as Isabel’s in the lower sixth.

More seriously, she also touches on her crippling Obsessive Compulsive Disorder, which meant she washed her hands obsessively and felt unable to touch her family in case she gave them an incurable illness.

Gordon badly wanted to grow up to be someone less like herself.

“I grew up in a world where nobody spoke about mental illness, where differences were disparaged rather than delighted in. Conformity was the thing that never, ever seemed to go out of fashion (unlike me),” she writes.

Speaking to her today, she seems so upbeat, undoubtedly happier since she gave up drinking nearly two years ago, to the relief of her husband, financial journalist Harry Wilson, making her a more settled mum to daughter Edie, six.

“I got sober in 2017 and realised that I came of age when I got sober. All these things I was learning, I wish someone had told me at the age of 12.

“In society as a whole at the moment, the dialogues we’re having about mental health, the conversations we’re having about inclusivity and accepting people in all their wonderful, glorious varied way, there’s so much I’m learning from young people today that I wanted to tell my teenage self. It felt like, instead of looking back it could be looking forward.”

Of course she worries about Edie, she says, and she just hopes her daughter feels able to talk to her openly about any issues that arise.

“It’s fostering an environment of openness where she doesn’t feel that she has to have shame about things that are actually perfectly normal.”

Gordon says one of the biggest challenges for her as a mother is not ‘trash-talking’ herself; putting herself down in front of her daughter.

“The other day Edie said to me, ‘Oh, I’m useless!’ and I realised she’d just heard me say that about myself.

“But conversely, we were in the swimming pool getting changed in the changing rooms and I went, ‘Ugh, my boobs are too big,’ and she went, ‘No mummy, your boobs are exactly as they should be and we’re all born as we are supposed to be born,’ and I realised she’d picked that up from me.

“For me, the biggest challenge is to create a life for her in which she feels okay in herself.”

The message in the book is to like yourself, she agrees.

“I remember when I was growing up, if you liked yourself that was not a good thing. It was arrogant. But if you don’t like yourself, you’re f*****. All good decisions are rooted in good self-esteem.

“Every bad decision I made in my life is rooted in bad self-esteem, from terrible boyfriends, to taking drugs, to drinking. It was all about trying to boost myself through things that don’t actually work.”

Teenage pressures are different today from how they were in her adolescence, she says. “When I was growing up we spoke about ‘happily ever afters’ but we need to talk more to kids about how to feel sad. I used to think about that way you instinctively say to children, ‘Don’t cry’, and now I say to my daughter, ‘Do cry, let it all out’.

“Just as teenage pressures were different when I was growing up to what they were in my mum’s generation, the circumstances change – social media, cyber bullying and all of that – but at the heart of these things, the feelings are the same.

“You don’t need to have a degree in social media to empathise with your teenager and remember what it felt like to be 14 and to be dumped for the first time.”

Gordon, 38, shared her own mental health issues in her 2016 memoir Mad Girl, the OCD (obsessive compulsive disorder) she had suffered since childhood which, as she got older, manifested itself in alopecia, bulimia, drug dependency, and all manner of complex rules and rituals that inhibited her life.

She later spent three months in rehab, where she discovered that almost all of her problems in life stemmed from not wanting to be her when she grew up.

Being honest about her mental health led to her launching her own mental health podcast called Bryony Gordon’s Mad World, which featured the Duke of Sussex as her first guest, and she founded Mental Health Mates, a walking group that provides peer support where people can walk and talk about their problems without fear of judgment.

While Mad Girl was really painful to write and led Gordon, in her words, ‘straight into the arms of a breakdown’, this latest book is much more hopeful.

“I was in a really good place when I started writing it, and it was a book of hope and excitement and empowerment. I was writing it for the teenage girl in me. Even though I’ve been through some stuff, I’ve experienced some of the most amazing things and I wouldn’t have experienced a lot of them without the extreme misery that I also experienced.”

She sounds so positive, but understands that happiness is fleeting. “We see happiness as a final destination and a place where you go through other stuff to get to it, but I realise happiness is a fleeting moment in the midst of other things.”

She still has therapy, meditates and goes to 12-step meetings three or four times a week, exercises – she has run the London Marathon twice in recent years (once in her underwear) – and has fewer really awful days, she reflects, although she does post her low times on social media.

“But I think it’s really important that, even at times when I’m feeling that way, even a tiny bit, to lay it out there, mostly as a counter to all the other stuff you get on [social media], where everyone’s lives are amazing and nothing bad ever happens. I feel a duty to be honest.”

She also posts joyous messages in bikinis, celebrating her ‘belly full of love’.

“I’m done with wasting my energy on hating on myself and bits of my body which are just my body.

“Every time I post pictures like that, it’s defying the demons in my own head. I don’t have confidence but what I do have is a fire in my enormous belly to not filter s***. I don’t want to live a lie.”

You Got This by Bryony Gordon is published by Wren & Rook, priced £9.99. Available now.