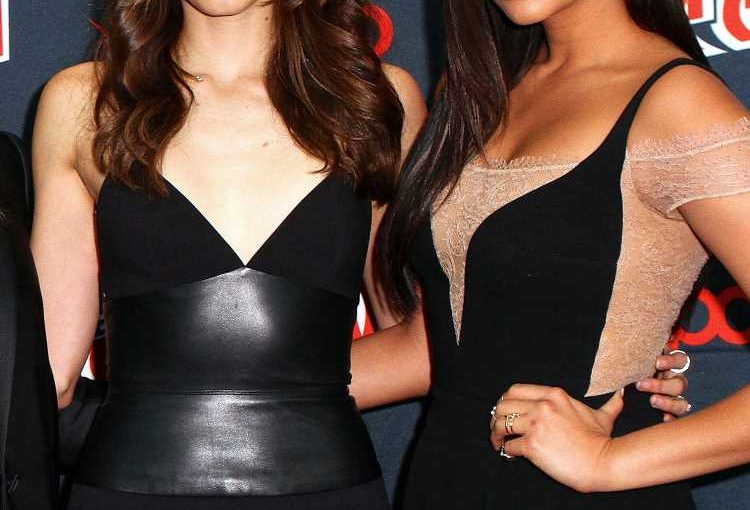 Last month, the Dollface actress, 32, announced the birth of her first child, Atlas, and since becoming a mother, the star says she has opened up to one of her former Pretty Little Liars costar for some parenthood insight.

“She has been the person I’ve gone to for the most advice, obviously having a daughter of her own,” Mitchell told Entertainment Tonight on Friday. “I’m the luckiest person in the world. She is not only such an incredible person, but the best mom ever.”

She added, “So to have her give me advice is, like, more than I could ever ask for.”

Reflecting on one year as a mom in October, Bellisario said that Aurora has filled the new parents with “more joy and gratitude than our souls can handle” in a sweet Instagram post.

“These past 365 days have been the most challenging, hilarious, sleepless, giggle filled, food-on-the-floor, heart-beating-out-of-my-chest, WONDERFUL, life-changing days I have ever experienced,” she captioned a photo of her daughter crawling along a beach shore.

Want all the latest pregnancy and birth announcements, plus more celebrity parenting news? Click here to get those and more in the PEOPLE Parents newsletter.

Giving an update on baby Atlas, Mitchell told ET that any loss of sleep is made worth it by the joy she receives from watching and caring for her little one.

“She is so incredible and growing every single day,” she said. “I wouldn’t trade it for the world. [What’s surprised me is] just how little sleep you actually need to function, so that is what I’ve learned. And [I’ve learned] just to stop everything and really take it all in, because they do grow so fast. So that’s what I’m trying to do.”

On Oct. 20, the actress announced that she and boyfriend Matte Babel, 39, had welcomed a daughter with a sweet photo captioned, “Never letting go …”

The couple’s baby girl is the first child for the actress and her beau, who met through mutual friends and have been linked since January 2017. The birth comes after Mitchell revealed in January that she’d had a miscarriage in 2018.

The actress also shared that the birth of her daughter proved to be challenging, as she spent 33 hours in labor with Atlas. Mitchell gave her fans a behind-the-scenes look at what went down in the delivery room in the final episode of her YouTube series documenting her pregnancy.

“This is definitely the most intense experience of my life. Matte and I are parents, and I can’t believe it and we thought pregnancy was a journey,” she said in the video. “I’m realizing we have just begun.”

Mitchell told Vogue earlier this month that her daughter now brings her a sense of “calmness.”

“I find myself being a lot more present, and I’m just looking at her every single day,” she told the outlet. “You reflect on how fast time passes when you’re forced to slow down. The surprising thing is how much I enjoy this calmness.”