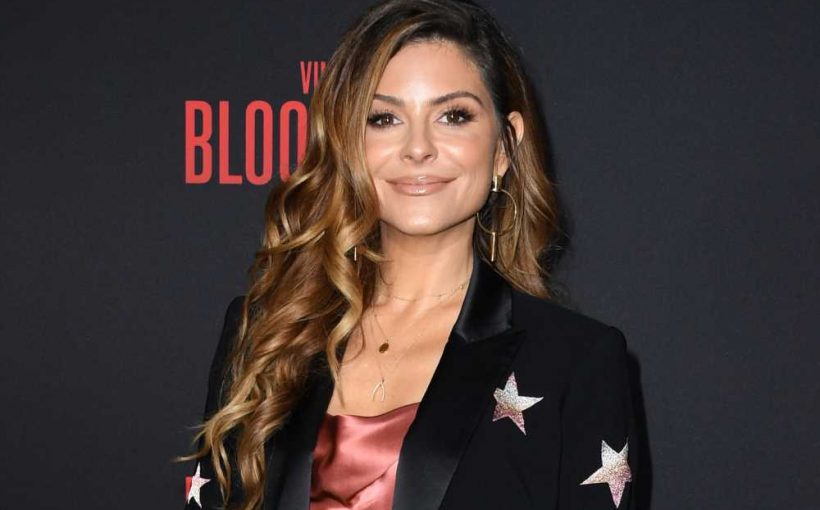 Maria Menounos is sharing an intimate moment spent with her mother as she battled COVID-19 late last year.

On Friday, the 42-year-old journalist and host of Better Together shared a new video in which she recounted her parent's battle with COVID-19. One moment in the clip shows Menounos attempting to cheer up her mother, who was diagnosed with advanced brain cancer before testing positive for the virus, by speaking about her surrogacy plans with her husband, Keven Undergaro.

Seen FaceTiming her mother Lista in the video, Menounos said that she and her husband of four years "signed the papers the other day for the babies." Menounos then tells her mother that "they're going to start the medication" on her surrogate "tomorrow."

In another moment from the clip, Menounos details that she would help stimulate her mother's brain by keeping her "thinking of the future with grandchildren to come." Asking her mom if she is "excited for the babies," Lista replies, "Very." During a December episode of her Better Together show, Menounos hinted at her plans to expand her family with her husband.

At the time, the television personality teased that they were considering a move from Los Angeles to Nashville for the "kid phase" of their lives, seeking a sense of community for their future children to grow up in.

Menounos also became emotional while sharing how the promise of the newborns helped her encourage her mother amid her serious health battle, as seen in the previous clip shared with PEOPLE.

"I said to her, 'You gotta get strong, you gotta hang on — you've got grandchildren coming, and they might even be showing up…' well, they're definitely showing up next year," she said at the time. "I was gonna say around a certain time, but I won't share yet because I don't wanna — anyway!"

Menounos later clarified to PEOPLE that she and Undergaro, 53, weren't quite expecting just yet. "We are still in progress, not pregnant yet!" she said in January. "That's the plan, and we will share good news when we can."

Menounos and Undergaro opened up to PEOPLE in 2018 about starting a family, sharing at the time that they were considering surrogacy. Since Menounos had a benign brain tumor removed in 2017, they had to consult doctors about pursuing a pregnancy.

"We definitely want children," said Undergaro at the time. "But I'm very concerned about her going through a pregnancy, and I would like to explore [using a] surrogate because her body has been through hell. I want a baby desperately, but I don't want it to be at the risk of her health."

Then, in November 2019, Menounos told Entertainment Tonight that they were moving forward with the surrogacy process.

"Today, Kevin finally sent in our paperwork to the surrogate agency because it's been sitting on my desk for, like, two weeks," she shared at the time. "… I put it on his desk and said, 'Can you just scan this and send it in? Let's go have these kids!'… You never know. Maybe by next Christmas we'll have little Marias and Kevins running around."