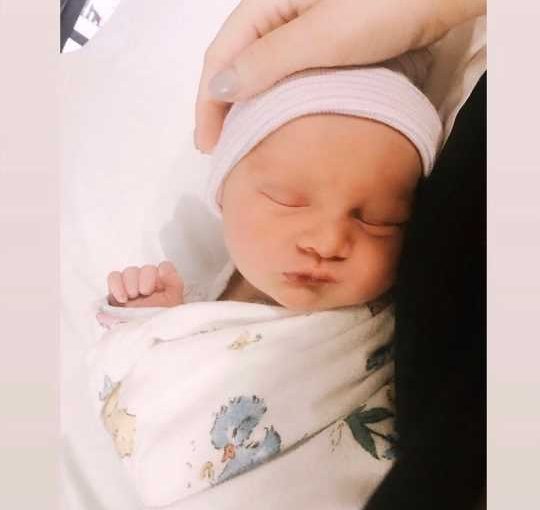 The country singer poked fun at herself on Twitter Tuesday, just one day after she and husband Ryan Hurd welcomed their baby boy Hayes Andrew, to reveal that what her music did for one fan’s baby didn’t have the same effect on her own.

It all started when Hozier — whom Morris, 29, previously teamed up with on “The Bones” — retweeted a video of a fan’s baby immediately calming down upon hearing the song. The infant’s mother shared in her initial tweet that she had listened to the tune “frequently” while pregnant.

In response, the latter tweeted, “This is too much for words. I will say, the same thing doesn’t work for my baby,” adding three crying-laughing emojis.

Never miss a story — sign up for PEOPLE’s free daily newsletter to stay up-to-date on the best of what PEOPLE has to offer, from juicy celebrity news to compelling human interest stories.

It’s quite possible Morris and Hurd, 33, just need to get the right music playing when it comes to their now-3-day-old son, though.

“I like playing Beatles records through my phone,” Hurd previously said during an interview with PEOPLE Now of the tunes he was streaming during his wife’s pregnancy. “I’ll stick it [on her belly] and be like, ‘This is Paul McCartney. You’re gonna definitely want to know him.’ “

Hurd has “a lot of hobbies” he hopes his son can take up with him in the future, but if Hayes has interests that differ from his dad’s, the musician is ready to take on the challenge.

“If he doesn’t like the stuff I like to do, I’ll just figure out what he likes to do and go learn how to like that,” Hurd said.

After first announcing the pregnancy back in October and sharing updates throughout, Morris and Hurd welcomed baby Hayes on Monday, announcing his arrival on social media the same day.

“Love of our lives,” Morris captioned a gallery of photos on Instagram, including the country star holding her sleeping son while in a Nashville, Tennessee, hospital bed and a shot of a smiling Hurd holding baby Hayes.

Hurd shared his own images on Instagram, captioning the two-snapshot slideshow with their son’s name and date of birth alongside a prayer hands emoji.

The newborn’s middle name honors Hurd’s late brother, who died in a car accident at age 16.