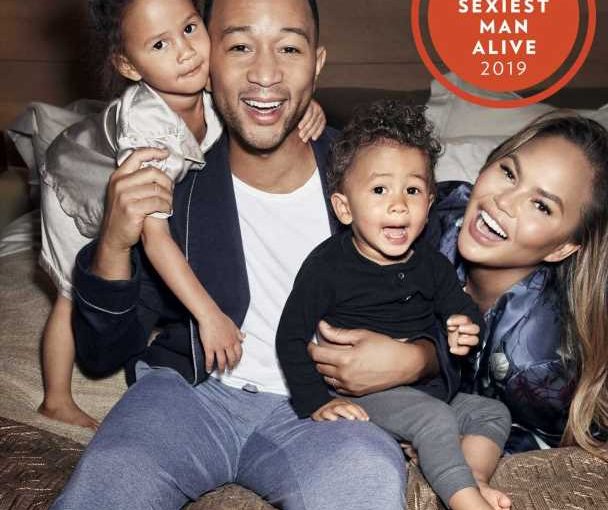 John Legend‘s 3½-year-old daughter Luna Simone might be too smart for Santa Claus.

On Friday, the dad of two — and this year’s Sexiest Man Alive — spoke with PEOPLE about some of his holiday traditions while at the Bloomingdale’s holiday store window unveiling in New York City. Legend helped unveil the iconic department store’s holiday windows, and also performed some hits from his Christmas album A Legendary Christmas: The Deluxe Edition.

The Voice coach, who wore a Paul Smith suit for the festive occasion, says he’s not sure if Luna “really believes” in Santa.

“Luna, she talks about Santa and I don’t know if she really believes in Santa or if she just does it to play along with us,” Legend, 40, shares of his daughter with wife Chrissy Teigen. “I don’t know what’s going on yet. I was never raised on Santa as a kid, so I never knew about the way parents keep up the mythology for a while.”

“So I don’t know how to play this out with Luna, how long we’re going to keep the charade going,” he continues. “I feel like she’ll figure it out pretty soon.”

In terms of presents for Luna and her younger brother Miles Theodore, 18 months, Legend says “we just try to listen to what they love and what they like and gift them accordingly.”

“But we know that they’re so fortunate to just have the life they live and we don’t want to overly spoil them for Christmas,” he adds. “But it’s nice to give them something they really like.”

Legend also spoke about what a typical Christmas celebration looks like in his family of four.

“For us, the holidays are always about food, and family, and music and I feel like all three have been the most important and most memorable parts of our holiday celebrations,” he says. “And we’ll continue with that with my kids and with Chrissy and we often have our family come spend the holidays with us, our extended family.”

The singer, who released his first Christmas album A Legendary Christmas last year, also says that Luna enjoys his holiday tunes all year round — not just during the Christmas season.

“Luna just thinks that’s a thing she should play whenever she wants to listen to daddy’s music. She’s like, ‘I want to hear daddy’s Christmas music,’ and it happens all year round,” he shares.

“It’s been fun,” he told PEOPLE earlier this week. “You know, it’s like Sexiest Man Alive. Obviously, you’re not supposed to take it literally and think you’re the absolute sexiest man alive, but it’s a lot to live up to.”

“I’m also following Idris Elba, which makes it even harder to live up to,” he added. “But I’m having fun with it, and it’s really nice of PEOPLE to give me the recognition. It’s been a fun week.”