Home » Family Health » Hilaria Baldwin Opens Up About Potential Miscarriage: 'I'm Pretty Sure This Is Not Going to Stick' 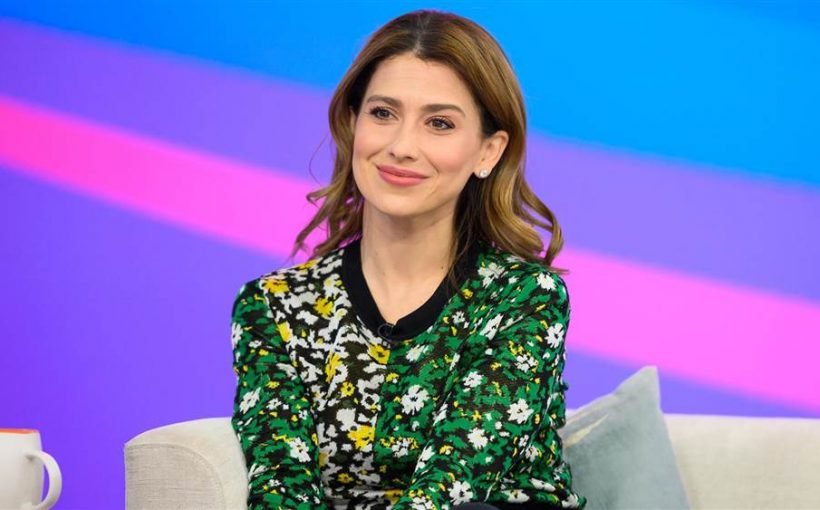 Days after revealing difficulties with her current pregnancy, Hilaria Baldwin says she still doesn’t yet know whether or not she’s having a miscarriage but is “pretty sure” her pregnancy won’t last.

The mother of four sat down with Savannah Guthrie and Hoda Kotb on Tuesday’s Today for an emotional interview about her potential miscarriage, news of which she first revealed in a candid Instagram post on April 4.

“I’m feeling okay,” said Baldwin — who shares daughter Carmen Gabriela, 5½, and sons Romeo Alejandro David, 10 months, Leonardo Ángel Charles, 2½, and Rafael Thomas, 3½ with husband Alec. “This is something that has not been easy. … I think I’m going to have the answer one way or the other. I’m pretty sure this is not going to stick.”

Baldwin recalled that she first learned about her pregnancy complications during a regular check-in appointment. She realized something was wrong when her technician got quiet.

“The silence makes you very nervous,” Baldwin said. “And this technician, she just kept being quiet and kept on trying to find the heartbeat. She could find it and she’d listen to it and hear it, [but it was] very spread apart and slow. She said to me that the heartbeat is not very fast. Then I went in again, and in the life of an embryo — days, a week — it’s completely different. And it was the same.”

Want all the latest pregnancy and birth announcements, plus celebrity mom blogs? Click here to get those and more in the PEOPLE Babies newsletter.

Coming forward with the truth about her health struggles as they were happening was a complicated decision for Baldwin. She told Guthrie and Kotb that she ultimately decided to be open about it because hiding the news would have been harder than just being honest.

“It’s a lot to ask of me but for me personally, it’d be harder for me to do it silently,” Baldwin confessed. “Say I was doing a fitness segment. I would be wearing something different so you could not see that my belly is a little bit bigger than it typically is. I would pretend I wasn’t nauseous and I would pretend I wasn’t tired — and that’s really tiring. Then you put the emotion on top of that of, ‘Hey this isn’t going in a great direction,’ and that’s a lot to bear.”

“Being open for me just allowed me to relieve it a little bit,” she added. “Secrets are only scary when they’re secrets. Once you let the secret out, it’s not so scary anymore.”

Helping her feel brave enough to come forward was the knowledge that many other women suffer from the same problems.

“I wanted to come out and speak about it because it’s something that so many people deal with,” Baldwin said on Today. “As women, we’re trained to deal with it silently. You’re definitely not supposed to say something until 12 weeks. And some of that is because people are superstitious or that’s how they feel they’re going to be stronger. And a lot of it, for other people, is fear. And I don’t think that we have to live with such fear.”

Since doing so, Baldwin has said that she’s been met with a sea of support. “Being able to be open and speak to other people … I got great advice,” she said. “This is something I’ve never gone through before. Women came on my Instagram or stopped me on the street and gave me such wisdom. This isn’t about me. This is about all of us.”

The experience has also taught her that women need to stop blaming themselves for their struggles, as well as reminded her that being a parent means taking the good and the bad.

“We just need to be a little bit more forgiving of ourselves and not just perfectionists because it’s hard enough as it is,” she said. “When we agree to be parents, we have to accept the good or the bad. Whether our child gets a scraped knee or gets their heart broken when they’re a teenager or gets really sick or, God forbid, something worse. We have to realize it’s not just all diapers and blankets and hairbows. We have to open our hearts and realize that there are bad moments too.”

Last Thursday, Baldwin first revealed she was “most likely experiencing a miscarriage” on Instagram, confessing that the “chances are very, very small that this is a viable pregnancy.”

Her announcement was shared along with a mirror selfie that showed her hand placed on her stomach.

“I want to share with you that I am most likely experiencing a miscarriage,” she wrote. “I always promised myself that if I were to get pregnant again, I would share the news with you guys pretty early, even if that means suffering a public loss. I have always been so open with you all about my family, fitness, pregnancies…and I don’t want to keep this from you, just because it isn’t as positive and shiny as the rest.”

Baldwin added, “I think it’s important to show the truth because my job is to help people by being real and open. Furthermore, I have no shame or embarrassment with this experience. I want to be a part of the effort to normalize miscarriage and remove the stigma from it.”

The next day, Baldwin shared another emotional post, assuring her fans and followers that she has “perspective to understand sadness and loss in the grand scheme of things.”

“Emotionally I am processing it all,” she wrote on Instagram. “Being able to be open with you has been extremely healing. I was very nervous to share, and am so relieved that it was received with such love.”

Thanking her followers for “making my world a brighter place,” Baldwin said, “I don’t know about you, but I find it extremely comforting to know that I am not alone on this difficult journey.”

Also on Tuesday, Baldwin spoke out about her potential miscarriage to Glamour.

“Women deserve to have the option to do whatever they need to heal,” she said in the piece, defending her decision to speak out about what’s been happening to her. “Critics say something so personal should stay quiet. But I want women to know if that’s not serving you, if that’s not the way that you’ll feel better, you don’t have to do that. I wanted to lead by example in saying that there’s another option out there.”

She added that she felt “so, so, so sad” the day after her ultrasound. “Emotionally I’m still healing; physically the process is not over,” she added. “Miscarriages can take days or even weeks, and I’ll have more checkups ahead. But my hope is that, whether it’s a miscarriage or some other trial in life, women realize that they don’t have to behave a certain way, or share a certain way, or hide a certain way.”

“In the midst of my miscarriage, I am reminded how lucky I am, not just because I have four healthy babies, but because so many women reached out with overwhelming positivity,” added Baldwin wrote. “This week, my five-year-old daughter Carmen said to me out of the blue, “Mommy, do you know there are more good people in the world than bad people?” She’s right. Whenever you can see people with all different experiences and walks of life coming together about an issue, supporting and sharing, that is beautiful.”