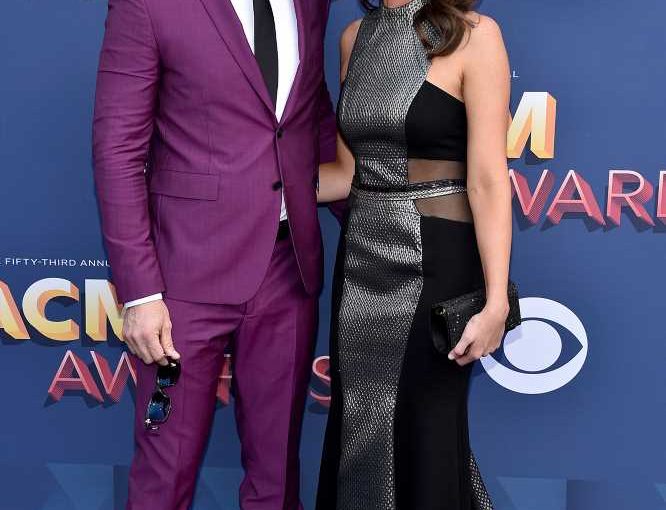 Jake Owen is now a father of two.

The “Down to the Honkytonk” singer and his girlfriend, Erica Hartlein, welcomed their first child together, daughter Paris Hartley, on Monday, April 29, his rep confirms to PEOPLE.

Already the father of a 6-year-old — Olive Pearl (who goes by her middle name, Pearl) — from his previous marriage to Lacey Buchanan, Owen told PEOPLE earlier this month that the prospect of a second child was “just as exciting.” But he added that he was “more calm this time” around since he was already an experienced dad of a daughter.

“To be blessed with another beautiful little girl is a big deal because I do think that it takes special men to be a great dad to a little girl,” he said. “And I feel like, thanks to Pearl, she’s shown me how to be a good father to little girls, and I’ll be a great father to Paris because of that.”

Owen first revealed his baby news during an appearance on ABC’s I’m Coming Home special, which aired on Thanksgiving 2018.

“This’ll throw you guys for a loop,” Owen told his parents and fraternal twin brother Jarrod while they lounged by the pool. “[We] haven’t told anyone, but Erica and I will be having a little addition to our Owen family.”

A week later, Owen revealed the baby’s sex during a Q&A session on The Bobby Bones Show.

During the session, Owen also joked about how his intentions to support his pregnant girlfriend by not indulging in alcohol were short-lived once they attended a wedding the previous weekend.

“I drank for the both of us,” he admitted. “[Not drinking] sounded like a good idea [before].”

“I was like, ‘This is gonna be great, both of us will just go without drinking for nine months and I’ll be completely clear-minded for when this baby gets here,’” he said.

Last year, Owen opened up to PEOPLE about his life as a father, recalling a recent time when he flew down to Florida for a daddy-daughter doughnut day with Pearl.

“I went down and hung out with her and she was pretty excited to show me her teachers and all the stuff she’s learning,” said Owen, who split from Buchanan in 2015 after three years of marriage. “She’s learning Spanish and reading right now.”

He added, “It was a super big deal to me, but it’s so fulfilling to see her be so excited to show people her daddy. To her, I’m not the singer Jake Owen, I’m just dad.”

In July 2017, Owen told PEOPLE that he appreciates the sincerity of his young daughter and how spending time with Pearl pulls him back to a simpler life with less distractions.

“People spend so much time on their phones and on social media and things like that,” he said. “What I love the most about my time with my little girl is just — I feel like it’s the only true time where when I ask her a question, she genuinely is listening and giving me her 100 percent honest opinion. She hasn’t even learned how to lie.”

“She hasn’t learned how to preface her stories because of how she thinks people will take them or not,” he continued. “It’s that pure, genuine conversation, and I love that. I think that’s what kids add to the world, is that they remind you that life is beautiful and the little things matter.”

Turns out Pearl is a new big sister twice over — her mother Lacey is a new mom to 11-week-old daughter, Elenora, from her second marriage.