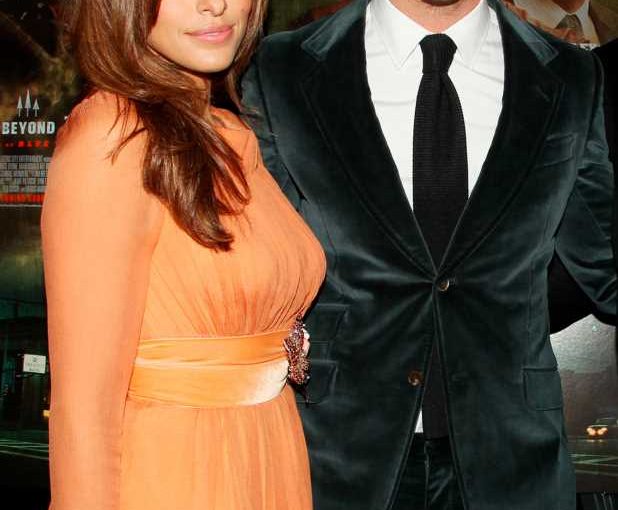 Eva Mendes is having a hard time integrating Spanish into the lives of her daughters.

The mother of two, 45, revealed her difficulty in integrating another language into her kids’ daily lives while on The Talk on Monday.

“We’re trying to teach the kids Spanish and it’s harder than I thought because I speak Spanglish and that’s what they’re picking up,” Mendes said of the daughters she shares with Ryan Gosling: Esmeralda, 4, and Amada, 3.

The actress explained that the girls are now combining English and Spanish, “It’s adorable but it’s technically not a language. So my little girl will be like, ‘Mami, my boca hurts because I think something got stuck in my diente.’”

“It’s so cute but that’s not really going to work out there,” she added.

Mendes also gushed about Gosling, 38, and how falling in love with him caused her to change her mind about having children.

“It took a minute. But yeah, I was just never one of those women who really wanted children and then I fell in love with Ryan,” she said. “Then, I was like, ‘Oh, I get it, I don’t want children, I want your children. I want your babies.’”

She and Gosling began dating in 2011 after meeting on the set of their film The Place Beyond the Pines. They welcomed Esmeralda in 2014 and Amada in 2016.

In April, the Hitch actress spoke about their lives as parents to Women’s Health, saying they were “just starting to get out of survival mode” when it came to parenting their young kids.

“I’m starting to feel like a person again,” she admitted.

Mendes added she and Gosling have “an amazing support group” consisting of their moms and sisters — “a village that helped” them raise their daughters from birth.