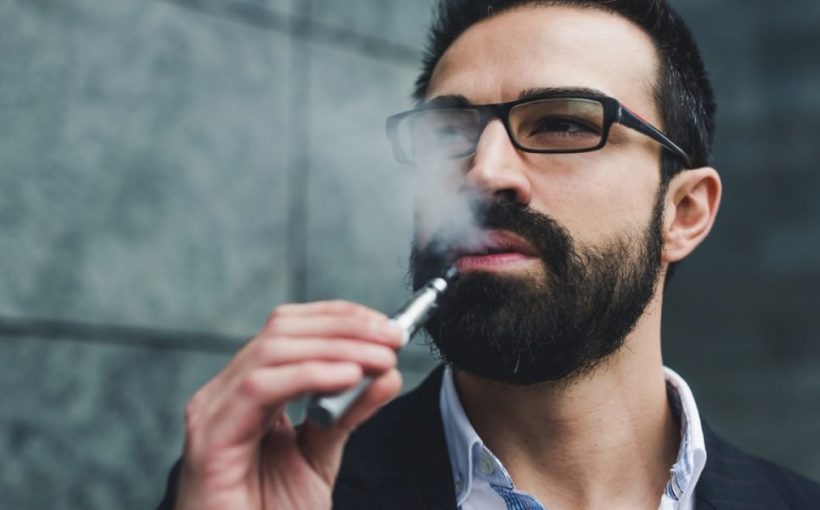 A recent research by scientists on teens who try vaping showed that they were exposing themselves to harmful cancer-causing chemicals. While vaping has been widely marketed as being a less potent threat to health compared to conventional smoking, it isn’t quite so.

In 1964, the U.S Surgeon General confirmed that cigarette smoking causes lung cancer. Since this discovery, many measures have been taken to help ensure that citizens gain awareness of the dangers they are exposing themselves to. Truthfully, there have been marginal gains made in the campaign against tobacco products. Teens seems to love Fads, and Vaping is Now the new ‘In-Thing’, despite its hidden side effects

The real reason why smokers have great difficulty quitting is that nicotine is highly addictive. Within 10 seconds, nicotine is able to reach brain receptors and leads to the release of adrenaline. The release of this brain chemical is responsible for the buzz and associated energy that smokers will attest to having after some puffs.

Teenagers love following fads. The latest trend in the hip-nation is how they have taken to e-cigarettes like fish to water. Vaping involves the inhalation of vaporized liquids. This has led to it being regarded by many as ‘a safe alternative to smoking’.

E-cigarettes are battery-powered devices that contain liquids constituted of nicotine mixed in with glycerin and propylene glycol chemicals.  There are also variant flavoring incorporated into the vapor like watermelon and bubble gum.

Vaping has not been exposed to the same amount of research as cigarettes smoking has. However, the microscope so far seems to suggest that vaping has mild effects when compared to cigarette smoking since it delivers less nicotine to the body.

Researchers at the University of California, San Francisco have conducted tests on teenagers who vape and those who smoke cigarettes. They were able to discover that teenagers who tried vaping were able to poison their bodies with numerous of the same constituent chemicals that make traditional cigarettes deadly.

The tests showed that cigarette smoking among teens exhibited the highest exposure to the deadly chemicals. However, those who vaped on e-cigarettes were exposed to higher levels of cancer-causing chemicals when compared to non-smokers. Their findings were later on published in the Pediatrics Journal. There, they detail that e-cigarette vapor contains harmful ingredients.

Non-smokers, especially teens who get exposed to vaping before trying out cigarettes, are likely to get addicted to nicotine use, the latest findings by the Surgeon General’s office and the Centers for Disease Control and Prevention, suggest.

Since nicotine is highly addictive, continued use may lead to teenagers turning to the classic cigarettes, which contain a higher level of nicotine. The other alternative would be to turn to snuff and hookahs. Vaping can expose teens to toxic chemicals like diacetyl, nickel, and lead.

For cigarette smokers, quitting can be quite an odious experience. Aside from nicotine, cigarette companies also add in a couple of additives to ensure that smokers get addicted to their products. Once hooked, continued dependence on cigarettes becomes a way of life. Smokers are usually looking for that next buzz whilst their bodies continue to build tolerance. A higher tolerance can only be satiated by taking frequent cigarette sessions in a day. It’s a booming industry. The advent of e-cigarettes can be a boon for smokers who are looking to lower their dependence on traditional cigarettes. E-cigarettes are slightly safer according to studies done. The U.S. Surgeon General and numerous experts have linked the combustion of smoke as the core reason why smoking-related diseases are prevalent today.

While vaping might seem like a better alternative to smoking, one can ably argue that breathing air is a better option. E-cigarettes are fancied because they have ably isolated cigarette smoke from nicotine. While it’s true that the real reason people smoke is because of the presence of nicotine, most die due to continued exposure to dangerous chemicals found in cigarette smoke.