Home » Family Health » Christina Anstead Is Taking It Easy After Taking on Too Much After Giving Birth: 'Back to Bed Rest' 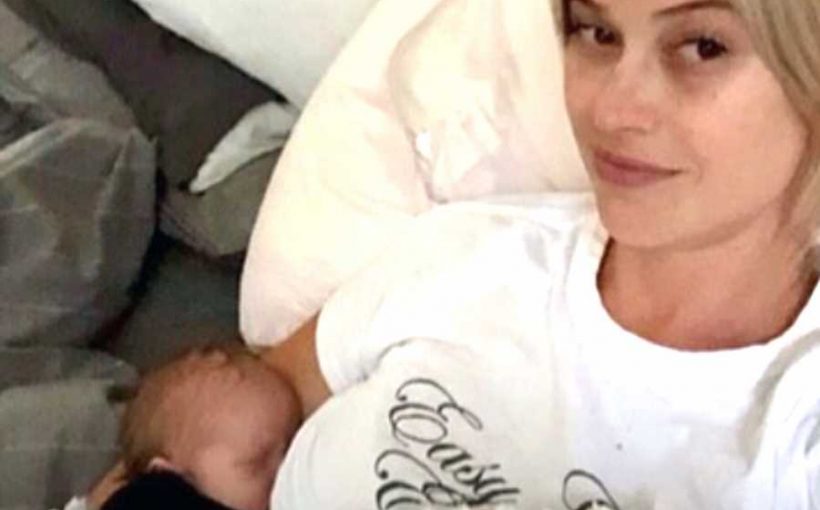 Christina Anstead is stressing the importance of listening to your body after she was forced to go back to bed rest for taking on too much too soon following the birth of her son.

On Tuesday, Christina, 36, revealed she began to feel weak after throwing her daughter Taylor’s 9th birthday party over the weekend.

“Welll… I’m a moron,” Anstead wrote alongside a selfie of herself holding baby Hudson London, whom she welcomed with husband Ant Anstead on Sept. 6.

“I felt totally fine since one week postpartum — like zero pain… but I was resting and taking it easy… and then I threw Tay a bday party and was lifting and running around all weekend… and yesterday I woke up like oh crap… and today oh crap turned into oh s—. I definitely hurt myself,” the Flip or Flop star continued.

“It’s not the c-section incision area that hurts it’s my left abdomen and it hurts bad ;/.”

Christina went on to urge “anyone who had a baby — don’t overdo it.”

“I always want to be the people pleaser in the family and make sure everyone knows how much I care about them — but in doing so I wasn’t taking care of myself.”

“Back to bed rest and baby cuddles,” Christina added.

Ahead of Taylor’s birthday festivities, Christina shared that she had her reservations about taking on such a big undertaking so soon after having a child.

“I’m definitely crazy and this proves it because we have a 2-week-old and I told Taylor I would throw her a 9th birthday party,” the reality star shared on her Instagram Stories on Saturday, adding that her daughter’s entire “third grade class” was coming over for the slime pool party.

Fortunately, everything turned out just fine — and it was a family affair.

“We had the best time at Taylor’s 9th birthday party at her moms today!!” El Moussa, 38, wrote on Instagram, alongside a shot of him, his girlfriend Heather Rae Young, and Taylor at the backyard pool party.

“While the kids were swimming I was in the corner shoving cheeseburgers down my mouth….even after I promised myself I wouldn’t,” he added, before sharing how nice it was for everyone to spend time together.

“Seriously @heatherraeyoung and I had a great time! It was the first time we were all together and it was great,” the father of two said.

On Sunday, which was Taylor’s actual birthday, the proud dad shared another sweet note alongside a photograph of himself and Christina with their baby girl at the bash.

“I’ll tell you what…there is NO WAY I would have survived the last few years if it wasn’t for my little girl. We are so close and she’s my best friend in the world! Before I was a parent I never realized how much I could love a child,” he added. “I’m seriously the luckiest dad alive!! This little girl is my Rock! She keeps me grounded and motivates me to be better every day. Happy birthday from the world Tay we all love and adore you!!”

“Happy 9️⃣ Birthday #TaylorReese ! Slime theme / pool party was a success,” Christina wrote on Instagram, alongside a slideshow of images, including an adorable shot of her daughter holding her newborn brother in her arms.

“Outgoing, sassy, smart and adventurous… Love being her mama!!” she added.