Home » Beauty & Balance » The Trendiest Beauty Services of the Last 15 Years, According to Yelp 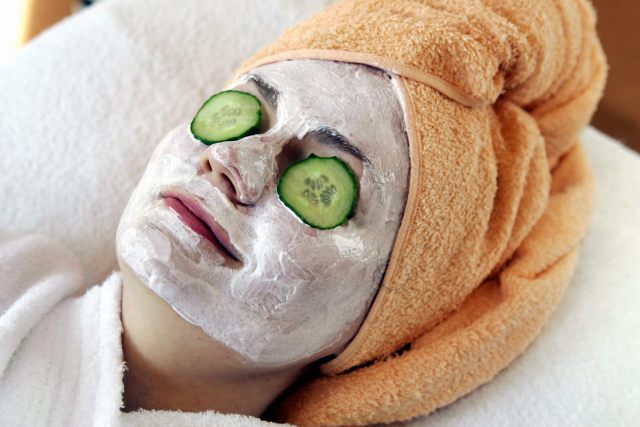 Goodbye, lash tints, Brazilian bikini waxes and tanning beds. Hello, vaginal steaming.
Yelp may be best known for its food recommendations, but the platform, which receives 100 million unique visitors a month, also has a high review rate for beauty services. In honor of its 15th anniversary, Yelp released a report on the trendiest beauty services, according to mentions in its user reviews from the past 15 years. Lash tints, it seems, are so 2005.
"At Yelp, we’re seeing that people are going for beauty treatments that are reflective of a more natural look — ditching the fake tans and permanent makeup, and opting for treatments like dermaplaning and microneedling that improve the texture and appearance of skin, so they can let their glowy complexion steal the show," said Tara Lewis, a trend expert at Yelp, in a statement.
According to the report, the most popular beauty services of 2019, so far, are dermaplaning, CoolSculpting, laser facials, fillers, EmSculpt, hydrafacials, Ultherapy, Kybella, collagen, nail art, vaginal steaming, lash lifts and microneedling. Lash tints, Brazilian bikini waxes, eyebrow shaping, body scrubs, body wraps and tanning beds were the most popular beauty services of 2005.
The report also found that laser facials were "non-existent" before 2006, and that microneedling has experienced an 8,000 percent increase in mentions since 2014. Reviews for hydrafacials have increased 1,500 percent since 2014, and collagen services, which previously spiked in 2006 and 2012, are on the rise once more. One of the biggest rises is CoolSculpting, reviews for which have increased eight times since 2014, despite being "non-existent" in reviews in 2012.
WWD previously reported on the rise of EmSculpt, the Millennial-approved way to build muscle. Read more about that here.
More from WWD.com:
'Euphoria' Is NYFW's Biggest Beauty Inspiration
Nail Art Is a Thing Again, Thanks to NYFW
How Women Entrepreneurs Are Disrupting Sex Toys & Feminine Care
Source: Read Full Article