Home » Beauty & Balance » The amazing healing effects of Niacin: what it is useful for health 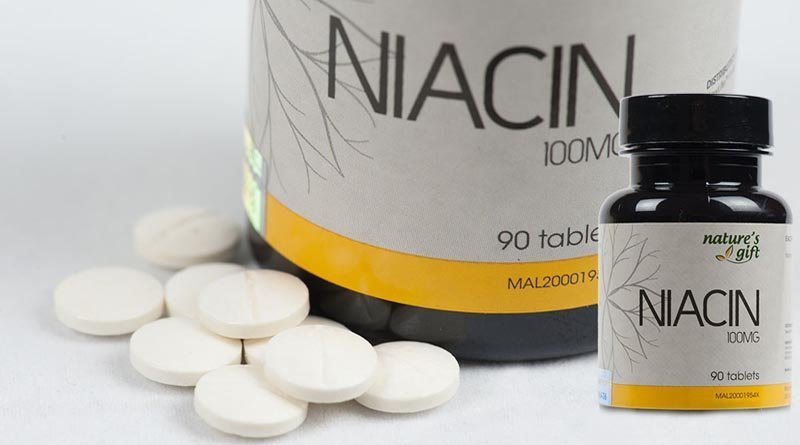 What is the use of Niacin?

Other health benefits of Niacin

Niacin (vitamin B3) is a water soluble vitamin necessary for the health of heart, brain and skin. It is used to treat high cholesterol and triglycerides, high blood pressure and depression. Niacin also known as nicotinic acid, nicotinamide and vitamin PP.

Vitamin B3 is not stored in the body, so it’s important daily to consume Niacin-rich foods to prevent deficiency. Magicforum found out what vitamin B3 can be useful for health and how to take it, to get the maximum benefits for the body.

What is the use of Niacin?

Our body needs “good” HDL cholesterol to protect the heart and reduce the risk of heart disease. Scientific studies have shown that treatment with Niacin or vitamin B3 can raise the level of good cholesterol by 16-25%.

In addition, it reduces levels of “bad” cholesterol and triglycerides which are major risk factors for heart disease and stroke.

Niacin increases the metabolism of fat and reduces its accumulation in the body. Thus, more fat is used as energy source for the body. It inhibits the enzymes that contribute to the formation of triglycerides and cholesterol in the body.

Niacin reduces the clearance of apolipoprotein A-1, a protein that is associated with the increased production of HDL cholesterol (the”bad” cholesterol).

2. Niacin is good for the skin

Niacin is an excellent vitamin for the skin. It increases the level of hydration in people with dry skin. This vitamin increases the water content in the skin and makes it soft, supple and shiny. Niacin useful for the beauty of your skin, since it affects the skin from the inside and maintains its shape naturally.

This vitamin acts against aging, but rather fights the signs of aging, such as wrinkles, thinning skin and dark spots. Niacin improves the skin’s elasticity and helps to reduce skin redness and hyperpigmentation.

It increases the production of keratin, a protein that protects the skin from damage and helps to maintain healthy skin.

Niacin has anti-inflammatory effects against acne and skin irritation, inhibiting the formation of inflammatory compounds. Getting enough Niacin from food and supplements can help improve the overall appearance of the skin.

Niacin has an amazing ability to reduce anxiety and depression, and is a natural alternative to antidepressants, which have different side effects.

Niacin increases blood flow to the brain, which can benefit people with depression. It also protects brain cells and nerve cells from damage by toxic substances.

In addition, Niacin enhances the synthesis of serotonin, chemical substances that improve mood and social behavior. People with high serotonin levels have a higher sense of well-being and happiness, whereas low serotonin levels can lead to anxiety and depression.

Niacin also helps to block inflammation in the brain by deactivation of the inflammatory compounds. Thus, people with depression can benefit from increasing consumption of the rich on Niacin products.

Niacin reduces progression of cancer, and this can be useful for combating the disease. It inhibits the formation of inflammatory substances that worsen the condition.

Niacin reduces oxidative stress and destabilizie free radicals, which is the main causal factor in cancer. It also plays an important role in repairing DNA damage and significantly reduces the risk of cancer.

Scientific studies have shown that Niacin converts the food you eat into energy for the cells and body. Thus, it can help people to fight cancer to stay awake.

5. The role of Niacin in Alzheimer’s disease

It benefits the brain, improving memory and cognitive function. This further stimulates the brain and slows mental decline.

Thus, consumption of Niacin improves social adaptation, reduces confusion and improves the quality of life of people with Alzheimer’s disease.

Niacinis very famous because it is used in the treatment of heart disease. It plays a vital role in raising “good” cholesterol, which is cardio-protective. Niacin also reduces the risk of heart disease by lowering “bad” cholesterol and triglycerides which are major risk factors for heart attack and stroke.

It suppresses the expression of inflammatory compounds, which would otherwise worsen the health of the heart. Thus, it is important to protect the heart, making foods rich in Niacin, a part of your daily diet. It is best to consume the vitamin in its natural form – in products, and not to take it in pill or capsule that might not be so effective for health.

Other health benefits of Niacin

Research has discovered several health benefits of Niacin, such as:

1.Niacin reduces the symptoms of arthritis.

2.It enhances the absorption of carbohydrates, protein and fat.

3.It improves the symptoms of schizophrenia.

4.It expands the arteries and helps in reducing high blood pressure.

6.Note. Niacin has various side effects on the body. Consult your doctor or physician before starting the use of Niacin.

Earlier, the doctors said that Niacin should not be taken to support the heart without a doctor’s prescription.