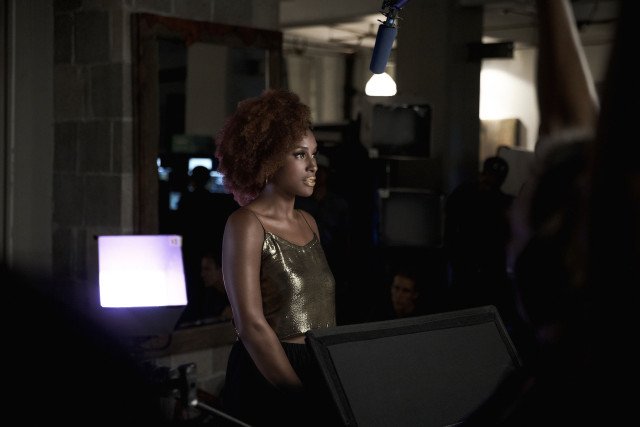 Coty Inc. is mixing it up again in its Consumer Beauty division.
A series of executive changes within the Consumer Beauty leadership team were announced Wednesday internally within the company, including the departure of Shannon Curtin, the senior vice president for Consumer Beauty in North America, WWD has exclusively learned.
The new leadership changes revealed today will be effective Sept. 1, a company spokesman confirmed.
Curtin, who oversaw the integration of Consumer Beauty after Procter & Gamble divested 41 of its beauty brands to Coty, will be departing the company "to pursue other interests." She is to be succeeded by Andrew Stanleick, currently the senior vice president of Consumer Beauty in Europe. A former Walgreens Boots Alliance exec, Curtin joined Coty in 2016, and led the U.S. relaunches of key brands within the Consumer Beauty portfolio, including CoverGirl, Sally Hansen and Rimmel.
Stanleick has been with Coty for just over a year — he was tapped in April 2017 to lead Consumer Beauty in Europe. Prior to that, he served as president and ceo of Coach Europe, and before that led the company's business in Southeast Asia and the Pacific. However, his background is in beauty — he spent 13 years at L'Oréal in various positions in international markets, including the U.K., Russia, Poland and Malaysia, and began his career at Unilever. Stanleick, who is based in Geneva, will move to the New York office and continue to report to Laurent Kleitman, president of Consumer Beauty.
Succeeding Stanleick's role in Europe is Simone Dominici, who is new to Coty. Dominici most recently served as a senior adviser for luxury retail and consumer at PricewaterhouseCoopers. Dominici will report to Kleitman.

The news comes less than two months after Coty revealed in July that it would be restructuring the Consumer Beauty executive leadership team. The restructuring included the promotion of three executives, including then-CoverGirl senior vice president Ukonwa Ojo, to the new role of global chief marketing officer. Ojo, who has driven the CoverGirl relaunch in the U.S., is now global cmo, CoverGirl and Sally Hansen, while Mike Bryce and Mark Cooper were each named global cmo, Color Cosmetics and Retail Hair and Body Care; Lifestyle Scenting, respectively.
Like the restructuring announced earlier this summer, today's executive change-up is a "clear signal" of where Coty's current focus lies, Kleitman said in an exclusive statement to WWD — i.e, returning the Consumer Beauty division to growth. On the company's quarterly earnings call yesterday, it was revealed that the Consumer division is still lagging behind Coty's Professional and Luxury divisions, which posted gains of 2.1 percent and 5.3 percent, respectively. Consumer Beauty declined 3.4 percent. Chief executive officer Camillo Pane cited as reasons for the decline a sluggish retail environment in the U.S. mass market, and a supply chain disruption related to Coty's logistics and manufacturing consolidation that is expected to continue into 2019. It was also announced that chief financial officer Patrice de Talhouët, is leaving the company.
" growing our iconic brands, driving innovation and building our digital prowess," said Kleitman. "As a global beauty leader with a 'startup' spirit, we're delighted to continue to attract top global talent who share our values as well as growing our own leaders. With our new lineup of experienced leaders, a solid strategy in place and the Coty culture, we are confident that we are building the foundation of a strong global beauty business that will pave the way for long-term sustainable success."
In addition to the above promotions, Kristi Reinholz will succeed Raul Valentin, who previously departed Coty, as senior vice president of human resources for Consumer Beauty. Lise Jorgensen will succeed Beate Boutwell, who is transitioning to a new role under chief scientific officer Daniel Ramos, as senior vice president of research and development for Consumer Beauty. Kleitman also noted the appointment of "digital and consumer insights heads" to the division's leadership team.
Kleitman lauded Curtin for overseeing the Consumer Beauty integration, calling her "instrumental" in building a strong commercial organization.
More From WWD:
Rimmel Exits Ulta Beauty
How Ulta is Resetting the Mass Beauty Shopping Experience