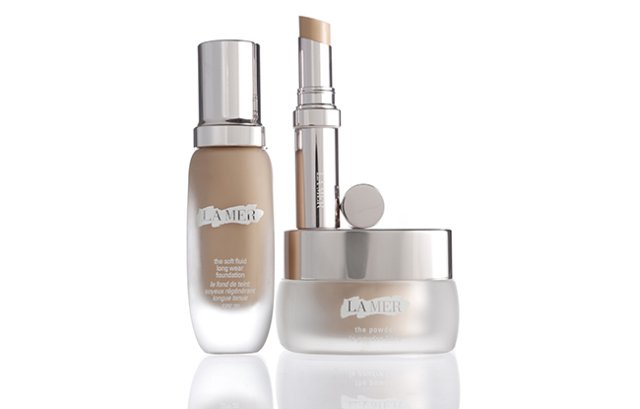 The Estée Lauder Cos. is not planning to let tariffs affect product pricing.
Executives on the company's earnings call Monday said the firm is "doing best" to avoid price increases related to existing or potential tariffs. Lauder chief executive officer and president Fabrizio Freda said that less than one-third of Lauder products sold in China originate in the U.S., but that many of the products sold in the U.S. use Chinese components.
Freda said tariffs are "less onerous" for the beauty company than the commodities business because it has higher margins. "Beauty is not a category of tension and represents benefits for all countries," Freda continued.
Freda talked tariffs with Wall Street analysts on Monday after the company released its financial results for fiscal 2018 — posting a 16 percent rise in sales to $13.7 billion for the year. Net earnings dipped 11 percent due in part to restructuring charges, and diluted earnings per share were $2.95, down year-over-year from $3.35. In the fourth quarter, Lauder posted a 14 percent net sales gain to $3.9 billion.
In line with industry trends, Lauder's skin-care segment grew the most — posting 24 percent year-over-year growth to nearly $5.6 billion. Growth came from La Mer — now a billion-dollar brand — Clinique and Estée Lauder, which recently reached $1 billion in U.S. retail sales alone, executives said Monday.
Makeup sales were up 11 percent to $5.6 billion for the year, driven by increase from Estée Lauder, Tom Ford, Too Faced (up 22 percent for the fourth quarter), Becca and La Mer. Makeup sales run on a cycle, Freda said in an interview with WWD, and right now, especially in the U.S., the consumer is allocating more dollars to skin care than to makeup.
"The cycles are different by country," Freda said. "In this moment, there's a cycle in the U.S.…where the consumer is allocating a lot of money to skin care and because of that, they're allocating a bit less to…makeup."
Saturation could also be playing a role, he acknowledged.
"There have been certain categories like palettes for eyes and others where there have been a lot of products sold in the past year, so some consumers may have had enough for a few months, but they will come back," Freda said.
That makeup sentiment is currently specific to the U.S. "In places like China, it's the other way around," Freda said, noting the Chinese consumer is buying more makeup than before.
China now makes up about 9 percent of Lauder's total business, chief financial officer Tracey Travis said Monday. Lauder's Asia Pacific business was up 29 percent in the fiscal year, to $3 billion.
China is a key area of focus for MAC, which has struggled in recent years in the U.S, Freda noted. The MAC in China strategy is similar to what Lauder did with the Estée Lauder brand, which it built in Asia at the same time it worked to turn it around in the U.S.  In the U.S., MAC is closing some stand-alone doors, he acknowledged, and focusing more on digital and quality of MAC's social media plans.
"Where it is still is a drag and we need to continue working is the traffic in certain department stores and freestanding stores, where the brand is still declining," Freda said. He noted he is hopeful that in 2019 the scales will tip, and the growing markets will be more significant than the troubled ones.
Broadly, Lauder intends to continue to focus on emerging markets, which executives said were responsible for 15 percent of total business, and ramp up its focus on the middle class.
"Focusing on the diversity within the middle class is the new idea," Freda said. "Not only diversity in the U.S. but diversity in every country — we are, for example, looking at the Chinese consumer as a diverse consumer with more than 60 populations, different kind of skin, and respecting and reflecting all of them."
Online too, now makes up a significant part of Lauder's business. Freda said in the fourth quarter in the U.S. more than 20 percent of the company's business was online, both on brand Web sites and retail partner sites.
And while the company's business has been impacted by department store problems — $68 million in net sales came from the now-liquidated Bon-Ton for example, and $150 million in net sales have dissipated because of closing U.S. department stores in the past two years — online sales are starting to make up for it. The split between brand sites and retailer sites is roughly even, according to Freda, with the U.S. market leaning more heavily toward sales on retailer sites.
"Overall, the retail dot-com…is growing about 18 percent, and with certain partners like Macy's, like 29 percent, 30 percent," Freda said.
While Lauder brands have been seen on sale recently, Freda said the business is not being affected by increased discounting in prestige. "Our promotion in all forms including discounts as percent of sales is going dramatically down globally and in most of the brands… and we plan to continue in this way. What is going up is digital advertising and investment in innovation," Freda said.
Through its Leading Beauty Forward restructuring program, Lauder has restructuring to focus more on digital, including digital advertising. The program will cost between $900 million and $950 million instead of the originally projected $600 million to $700 million. The program is expected to contribute annual benefits between $350 million and $450 million — also higher than original projections.
Source: Read Full Article