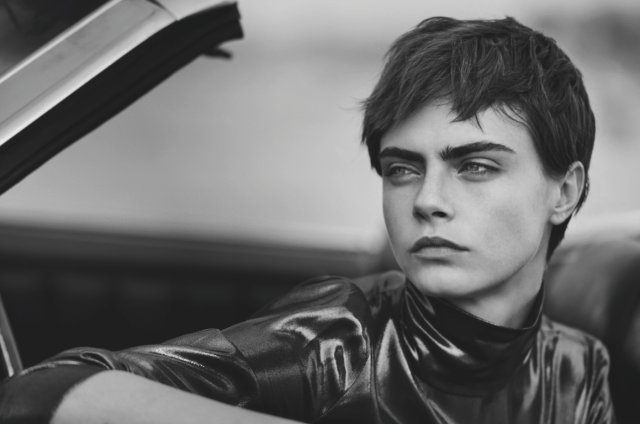 MILAN — “This is one of the most important days since Douglas has arrived in Italy,” said Douglas Italia’s chief executive officer Fabio Pampani at a press conference here on Tuesday.The executive introduced key changes in the company’s strategy, including the debut of a new logo and advertising campaign, resulting in the renovation of the perfumery chain’s Italian and European units, according to the new image.Last year, Douglas acquired Leading Luxury Group, the parent company of Limoni and La Gardenia, Italy’s two biggest selective beauty chains in terms of door count with around 500 stores between them. Thanks to the deal, the German beauty retailer’s sale points in the market climbed from 100 doors to 600 units, employing 2,500 people overall.Pampani explained that since November, when the deal went through, there’s been a first phase of synergic and operative work to develop a unitary company, followed by efforts to elevate Douglas’ overall positioning in the European market through “a process that involves all the aspects of marketing.”To telegraph the company’s goal to “strengthen our positioning in the prestige thanks to the collaboration with the best beauty brands,” the logo has been updated with a leaner, more modern version, switching from the light blue, italic lettering to a minimal, uppercased font in black.“The logo is essential in the retail world,” said Pampani, unveiling the new banner, which will substitute the old one in all the chain’s units, starting from the Italian market.“Over the summer, we will change all the signs of our stores here…and we will evolve our Limoni units into Douglas ,” continued Pampani, underscoring the importance of bringing the best elements of these brands under a single label.In addition, the company will invest 6 million euros in the next 12 months to implement new Beauty Lounge concepts in 24 of its Italian stores. Italy currently counts 21 of these special corners, offering professional beauty services, as nail bars, eyebrow bars, skin-care treatments, makeup schools and wedding beauty programs. “The idea that in a perfumery you can buy a range of services in addition to products is a winning one,” said Pampani.The company’s new course will be further marked by a glossy advertising campaign. Photographed by Peter Lindbergh, the black-and-white images are fronted by Cara Delevingne, Amber Valletta, Alexa Chung, Lineisy Montero and Jon Kortajarena, captured both alone and in group on a shore.Douglas Group’s ceo Tina Müller defined the campaign as “a celebration of individual beauty. We have chosen protagonists that are beautiful because self-confident, far from stereotypes and authentic in their uniqueness. This is the message we would like to send through these images: to learn to love and enhance yourself, also thanks to our help.”A short video, dubbed “True Beauty,” flanks the images and features quotes by the models about their interpretation of beauty, ranging from Chung’s ”Beauty comes from confidence” to Delevingne’s “Be your own kind of beautiful” advice.Promoted with the claim #Doitforyou, the campaign will be featured in all of the retailer’s channels, including stores, social media accounts and e-commerce.Douglas has a selection of more than 35,000 products sold through 2,400 doors in 19 European countries. As reported, the group made a series of purchases last year, including the Spanish perfumery chains Perfumerias If and Bodybell, in addition to Italy’s Limoni and La Gardenia.In the fiscal year ended Sept. 30, 2017, the company generated sales of about 2.8 billion euros.