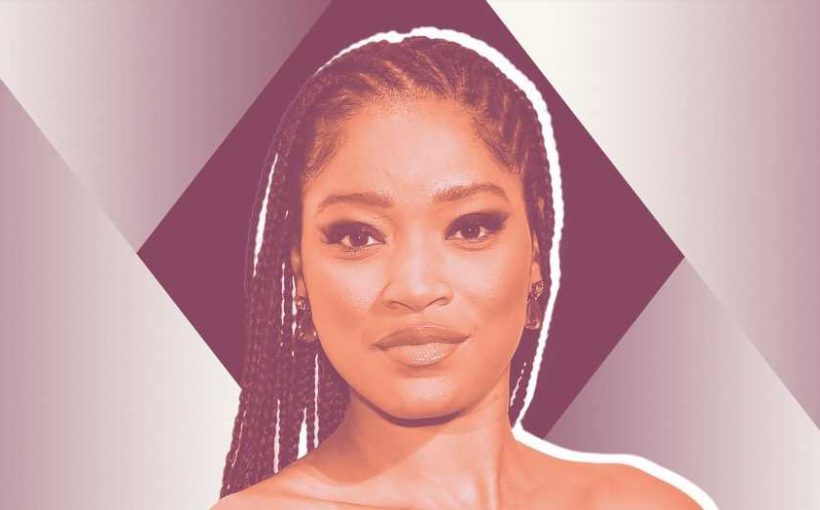 Actress and singer Keke Palmer, who made history earlier this year when she was the first Black woman to host the MTV Video Music Awards solo, opened up about her experience with polycystic ovary syndrome (PCOS), a common health problem caused by an imbalance of hormones, creating problems in the ovaries, according to the Office on Women's Health (OWH)

"Hey you guys, for some of you this may be TMI, but for me my platform has always been used for things much greater than me," Palmer, 27, began her post. She went on to explain that PCOS "has been attacking me from the inside out my entire life," but she had no idea.

Palmer also posted a series of makeup-free selfies showing her acne, a common symptom of the condition. "My acne has been so bad that people in my field offered to pay for me to get it fixed," she continued, before revealing that she tried "everything" to clear her skin, from taking Accutane (isotretinoin, an oral medication commonly prescribed for acne) to drinking water and eating all the "right things."

She explained that her blood tests came back fine, and it was only when she took a closer look into her family, which has a history of diabetes and obesity, to understand what was really going on. "Unfortunately doctors are people and if you don't 'look the part' they may not think [PCOS is] your problem, she added. "They may not even suggest it if you 'look healthy' whatever that means! I came to a doctor in tears once and all they offered was a measles vaccine… Exactly."

The Hustlers star also shared that her skin has made her "sad many nights," but she doesn't give up on herself. "I know this is not me and my body has been looking for help," she wrote. And her experience proves the importance of being your own advocate. "I do not have a medical degree but I did the research and took what I learned to a doctor and that led them to a proper diagnosis," Palmer said, adding, "no one can help us like we can help ourselves."

She also shared some of her family's story, revealing that they struggled for years without getting medical help, and were even "misled" by health professionals. "It's only because of what my family sacrificed that allows me to even have the resources to share the information I'm sharing with you!" Palmer wrote. "Their fight out of poverty gave me a better life and I just want to share what I learn."

What Are the Symptoms of PCOS?

The photos of Palmer show the extent of her acne, but she stresses that this is "the least harmful thing PCOS can bring."

"PCOS is a syndrome with a spectrum of symptoms that you can get, but not everybody gets everything," Karen Carlson, MD, assistant professor of obstetrics and gynecology at the University of Nebraska Medical Center, previously told Health. The name PCOS—which, again, stands for polycystic ovary syndrome—comes from the numerous small cysts that can form on a woman's ovaries due to the condition.

As well as the severe acne Palmer suffers from, PCOS symptoms include irregular or infrequent periods, abnormally heavy periods, unwanted hair growth on the face and body (hirsutism), and weight gain—although it's important to note that women of all body types can be diagnosed.

How is PCOS diagnosed?

About 10% of women will be diagnosed with PCOS between ages 15 and 44, per the OWH. Although there's no single test to diagnose the condition, doctors typically carry out a physical exam, pelvic exam, pelvic ultrasound, and blood tests if they suspect PCOS. After other conditions are ruled out, an official diagnosis may be made if you have at least two of the following: irregular periods, high levels of androgens, hirsutism, acne, thinning of scalp hair, and multiple cysts on one or both ovaries.

PCOS can make it more difficult to get pregnant, increase the risk of endometrial cancer, and lead to insulin resistance, diabetes, and cardiovascular disease. So it's important to be aware of the possible symptoms, as this can lead to earlier diagnosis and treatment.

Palmer ended her Instagram post on an encouraging note. "All the people struggling with this please know you're not alone and that you are still so fucking fine! MY ACNE AINT NEVER STOPPED ME. But we don't have accept this. Now I can really help KEKE! And I love her so it's ON (sic)."

She asked her followers to pray for her on her journey, and assured them that she would pray for them too. "I'm not afraid to show myself to the world and you shouldn't be either," she wrote.