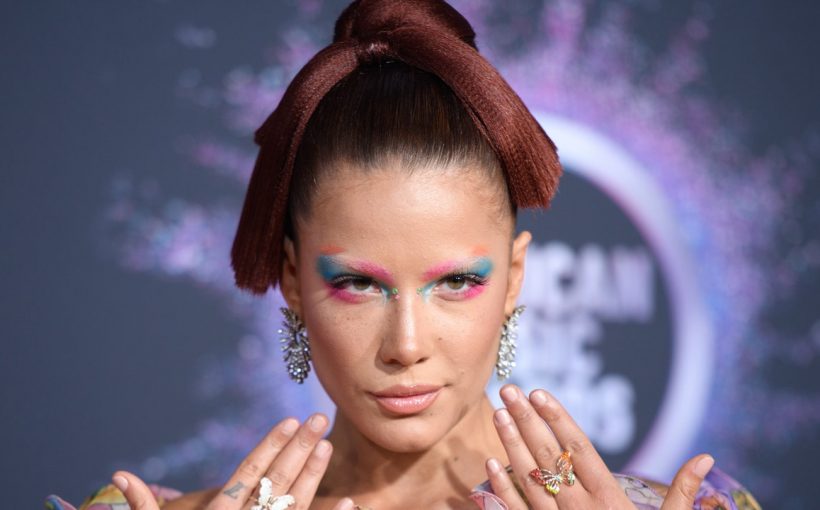 Halsey has, at last, announced the release of her next album. If I Can't Have Love, I Want Power, and as its cover artwork reveals, this album will be a powerful statement about sex, pregnancy, and motherhood. On July 7 via Instagram, the singer debuted the album cover, an intimate depiction of breastfeeding.

Instead of opting for colorful graphics or close-up headshots as she has in the past for albums, Halsey posed in an elaborate gold throne with one breast exposed from a silky periwinkle gown and a swathed baby. As she writes in her caption, the photo is meant to portray "the joys and horrors of pregnancy and childbirth."

The goal of the image, she says, is to show pregnant and postpartum bodies in a beautiful, admirable light. Simultaneously, Halsey wanted to depict a fine line that all mothers walk between "the Madonna and the Whore. The idea that me as a sexual being and my body as a vessel and gift to my child are two concepts that can co-exist peacefully and powerfully."

After spending years under a public microscope, Halsey writes that her body "has belonged to the world in many different ways the past few years, and this image is my means of reclaiming my autonomy and establishing my pride and strength as a life force for my human being."

She paired this reveal with a video shot at the Metropolitan Museum of Art in New York City, where she silently wanders among the art with her pregnant belly on display.

If I Can't Have Love, I Want Power will be out August 27 — and after reading this statement, we know we'll be listening.