Home » Personal Health » BA.2, a New Omicron Sub-Variant, Has Been Detected in the US 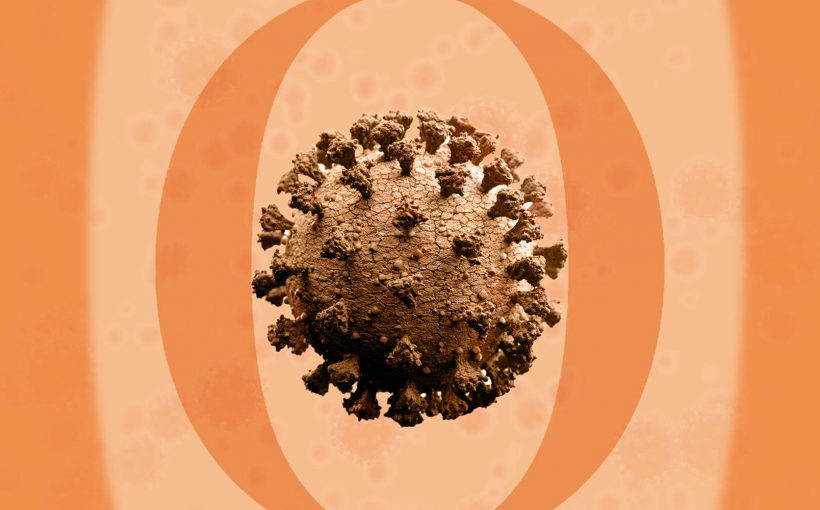 The World Health Organization reported on Monday that a new version of the Omicron variant of COVID-19 is "increasing in many countries"—and the organization is urging researchers to investigate whether the latest strain poses any new threats to the current state of the pandemic.

The new version, known as BA.2, is a descendant of the Omicron variant (known as BA.1). According to the WHO, BA.2 has some differences in some of mutations—including ones on the spike protein—than BA.1. Those differences, along with BA.2's increasing spread in some areas, led the WHO to recommend that "investigations into the characteristics of BA.2, including immune escape properties and virulence, should be prioritized independently (and comparatively) to BA.1."

As of right now, researchers don't know much about BA.2; how it compares to the original Omicron variant regarding transmissibility and immunity evasion has yet to be determined. Though data is lacking, here's what we know so far about BA.2—including where the sub-variant has been detected in the US—and whether the new version of Omicron may be cause for concern.

What is known about BA.2 right now?

The new BA.2 version of Omicron is technically a descendant of the original (BA.1) Omicron variant. It was designated a "variant under investigation" by the UK Health Security Agency (UKHSA) on January 21, due to "increasing numbers of BA.2 sequences identified both domestically and internationally," according to a news release.

According to Statens Serum Institut, Denmark's governmental research institute, BA.2 has some genetic differences compared to BA.1 in "the most important areas"—but the significance of those mutations have yet to be seen. Still, SSI says "the difference between BA.1 and BA.2 is greater than the original [SARS-CoV-2] and the Alpha variant," and those differences could mean differences in "infectiousness, vaccine efficiency or severity."

The variant is most prominent (at least by way of testing) in Denmark right now—nearly half of all Danish cases of Omicron are due to BA.2, according to SSI. According to the UKHSA, after Denmark, the most sequences of BA.2 have been in India, Sweden, and Singapore.

The sub-variant has also been detected in the US. The most recent reporting from the Washington Post says at least three cases of BA.2 have been reported at the Houston Methodist Hospital in Texas; and two cases were found in Washington state, per KOMO News. Additionally, Newsweek reported on Tuesday that "more than 100 cases" have been detected in the US across 20 states, according to data from GISAID, an open-access genetic sequencing database.

Why is BA.2 being called ‘stealth Omicron’?

According to the Washington Post, some scientists have given BA.2 the nickname "stealth Omicron," with the claim that it has certain genetic traits that make it more difficult to identify as Omicron on diagnostic tests—specifically polymerase chain-reaction (PCR) tests. But that "stealthiness" doesn't mean the virus itself goes undetected—just that it's harder to classify as Omicron, John Sellick, DO, an epidemiologist and professor of medicine at the University at Buffalo/SUNY, tells Health.

When the original Omicron variant shows up on a PCR test, it can be quickly identified, due to a genetic deletion in the virus' spike protein—this elicits what's known as an "S-gene target failure" in some PCR tests, which allowed researchers to accurately identify the virus as Omicron, according to the UKHSA. BA.2 doesn't have that genetic deletion, which makes it harder to detect and classify as Omicron on those tests.

Ultimately, Dr. Sellick says the "stealth Omicron" nickname may be helpful scientists in a laboratory setting, but not so much in a clinical manner—meaning it won't change the results of your positive COVID-19 test or the care you'd receive.

Is BA.2 a cause for concern yet?

In a statement to the Washington Post, a spokesperson for the Centers for Disease Control and Prevention clarified that BA.2 "remains a very low proportion of circulating viruses in the United States and globally," adding that there's currently no data that suggests whether or not BA.2 is more transmissible or has any other type of advantage over BA.1, but that the "CDC continues to monitor variants that are circulating both domestically and internationally."

Additionally, initial research conducted by the SSI has shown no differences the hospitalization rates for BA.2 as compared to BA.1. And while further research needs to be done on how the Omicron versions differ in transmissibility and vaccine efficiency, the institute says "it is expected that vaccines also have an effect against severe illness upon BA.2 infection."

But with so little information on BA.2, and so few cases overall, it's difficult to know what will happen to the newest version of Omicron. "We won't know a lot of details until we have more cases of BA.2," says Dr. Sellick, who says that the pool of unvaccinated people may be at the highest risk with this variant version. "But I would guess it will not give us another big surge."

BA.2 aside, Dr. Halkitis says this sub-variant—along with the previous variants and any more to come—are expected. "We're going to continue to see mutations throughout the course of our history around COVID because we haven't completely eradicated the virus," he says. And that is largely due to the amount of people who are still unvaccinated. "We have too many people [who are] unvaccinated," says Dr. Sellick. "It's letting this virus multiply and replicate a lot. These mutations are just going to continue to crop up and give us new variants."

The information in this story is accurate as of press time. However, as the situation surrounding COVID-19 continues to evolve, it's possible that some data have changed since publication. While Health is trying to keep our stories as up-to-date as possible, we also encourage readers to stay informed on news and recommendations for their own communities by using the CDC, WHO, and their local public health department as resources.