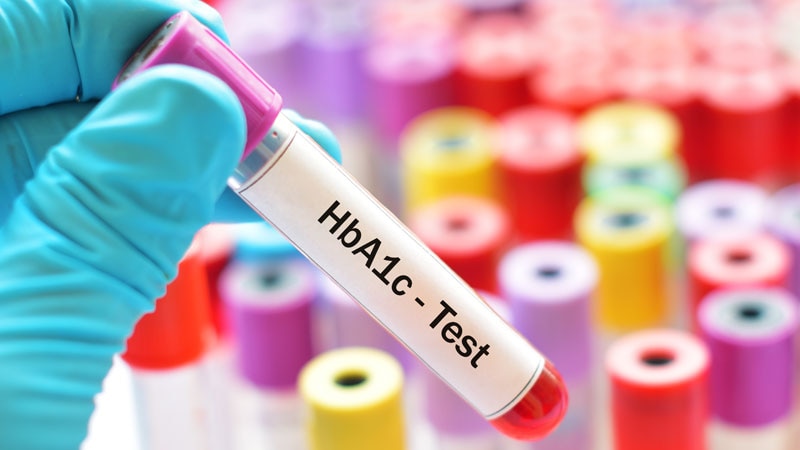 The introduction of A1c as an option for diagnosing type 2 diabetes over a decade ago may have resulted in underdiagnosis, new research indicates.

In 2011, the World Health Organization (WHO) advised that A1c measurement, with a cutoff value of 6.5%, could be used to diagnose diabetes. The American Diabetes Association had issued similar guidance in 2010.

Prior to that time, the less-convenient 2-hour oral glucose tolerance test (OGTT) and fasting blood glucose (FBG) were the only recommended tests. While WHO made no recommendations for interpreting values below 6.5%, the ADA designated 5.7%-6.4% as prediabetes.

The new study, published online in The Lancet Regional Health-Europe, showed that the incidence of type 2 diabetes in Denmark had been increasing prior to the 2012 adoption of A1c as a diagnostic option but declined thereafter. And all-cause mortality among people with type 2 diabetes, which had been dropping, began to increase after that time.

“Our findings suggest that fewer patients have been diagnosed with [type 2 diabetes] since A1c testing was introduced as a convenient diagnostic option. We may thus be missing a group with borderline increased A1c values that is still at high metabolic and cardiovascular risk,” write Jakob S. Knudsen, MD, of the Department of Clinical Epidemiology, Aarhus University Hospital, Denmark, and colleagues.

The reason for the increase in mortality after incident type 2 diabetes diagnosis, he said, “is that the patients who would have reduced the average mortality are no longer diagnosed…This does not reflect that we are treating already diagnosed patients any worse, rather some patients are not diagnosed.”

But M. Sue Kirkman, MD, emeritus professor of medicine at the University of North Carolina at Chapel Hill, who was part of the writing group for the 2010 ADA guidelines, isn’t convinced.

“This is an interesting paper, but it is a bit hard to believe that a change in WHO recommendations would have such a large and almost immediate impact on incidence and mortality. It seems likely that …factors [other] than just the changes in recommendations for the diagnostic test account for these findings,” she said.

Kirkman pointed to new data just out from the US Centers for Disease Control and Prevention (CDC) on January 26 that don’t show evidence of a higher proportion of people in the United States who have undiagnosed diabetes, “which would be expected if more cases were being ‘missed’ by A1c.”

She added that the CDC incidence data “show a continuing steady rate of decline in incidence that began in 2008, before any organizations recommended using A1c to screen for or diagnose diabetes.” Moreover, “there is evidence that type 2 diabetes incidence has fallen or plateaued in many countries since 2006, well before the WHO recommendation, with most of the studies from developed countries.”

But Knudsen also cited other data, including a study that showed a drop or stabilization in diagnosed diabetes incidence in high-income countries since 2010.

“That study concluded that the reasons for the declines in the incidence of diagnosed diabetes warrant further investigation with appropriate data sources, which was a main objective of our study,” write Knudsen and coauthors.

Knudsen told Medscape Medical News: “We are not the first to make the point that this sudden change is related to A1c introduction…but we are the first to have the data to clearly show that is the case.”

The population-based longitudinal study used four Danish medical databases and included 415,553 patients treated for type 2 diabetes for the first time from 1995-2018 and 2,060,279 matched comparators not treated for diabetes.

The reversed mortality trend after 2010-2012 was due almost entirely to the increase in the first year after diabetes diagnosis, Knudsen and colleagues note.

According to Kirkman, “A1c is strongly predictive of complications and mortality. That plus its ease of use and the fact that more people may be screened mean it’s still a good option. But for any of these tests, people who are slightly below the cut-point should not be considered normal or low risk.”

Indeed, Knudsen and colleagues say, “These findings may have implications for clinical practice and suggest that a more multifactorial view of metabolic risk is needed.”

Knudsen and Kirkman have reported no relevant financial relationships.

Miriam E. Tucker is a freelance journalist based in the Washington, DC, area. She is a regular contributor to Medscape, with other work appearing in The Washington Post, NPR’s Shots blog, and Diabetes Forecast magazine. She is on Twitter: @MiriamETucker.