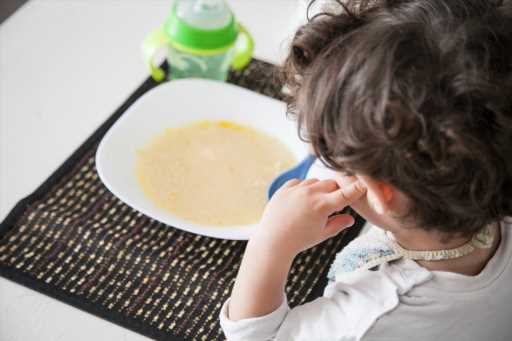 Dealing with picky eating is something of a parental rite of passage. Sometimes, however, when a child is absolutely refusing to eat or having a breakdown at the thought of eating something unfamiliar, there is something more going on. A parent whose child has ARFID — Avoidant/Resistant Food Intake Disorder — took to Reddit’s AITA to ask if they were in the wrong for making accommodations for their son so he could enjoy eating in public with his family.

For those unfamiliar, ARFID goes beyond simply not wanting to eat certain foods. Previously known as “Selective Eating Disorder,” ARFID is an “eating or feeding disturbance (e.g., apparent lack of interest in eating or food; avoidance based on the sensory characteristics of food; concern about aversive consequences of eating) as manifested by persistent failure to meet appropriate nutritional and/or energy needs,” per the DSM-5.

ARFID is an eating disorder that more often affects boys than girls, and unlike other eating disorders like anorexia or bulimia, body image is not one of the main culprit behind the condition. It is more about the texture of the food, previous negative experiences with the food in question, and other sensory conditions. ARFID can lead to significant weight loss, nutritional deficiency, and — as the OP noted — marked interference with social functioning.

“My son is 9 and has ARFID. We are working with many therapists in all areas but it’s slow developing. He has very few safe foods and they are all super processed ‘junk’ food. He used to have more foods, but when it changes/tastes different he will no longer eat it. He ate one sour grape seven years ago and still cries at the thought of eating another — it’s bad,” the parent explained.

“Anywho, we used to have family meals with my wife’s extended family relatively often – a few times a month, maybe. We stopped when we realized eating in groups was making our son worse.”

As stressful as the condition is, the parents have been working with their son to make him feel more comfortable eating in public. “Recently we have had a huge milestone, meaning he can eat in public again — he’s super excited about it, and we’ve eaten out a few times since. McDonald’s, mostly, but he’s still in public.” Hey, a small victory is still a victory! 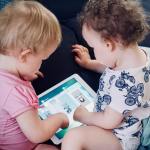 The OP wanted to build on this positive momentum and rejoin family meals: “My wife called her sister and asked if we could join their family meals again — maybe just once a month to build his confidence. She said yes initially, and my wife told her we’d bring his food up so he could eat comfortably. My sister in law then backtracked, saying that wasn’t going to be feasible.”

This feels … off. Parents pack special food for their kids for various reasons, like food allergies and when they know their child might not like what is on the menu at an event or gathering. This isn’t rude or weird, it’s parenting. But for whatever reason, OP’s sister-in-law didn’t see it like that.

“She claimed it was too unfair on the other kids to have to eat proper meals while he gets to snack on junk food. Which we obviously understand, but the youngest of the children is 8, and I feel like at that age it’s easy to explain that he has additional needs.” Yeah, seems fairly easy to do! When the parent mentioned this to their SIL, the OP’s wife got upset and left her partner to deal with the fallout.

“My wife got upset and left me to deal with the conversation. I told my SIL straight that this wasn’t him being treated better, it was a serious medical situation and it wouldn’t be that hard to explain to the rest of the children that he has a different diet to them. She got increasingly upset, claiming that her children shouldn’t have to be forced to watch him eat nicer food. I then told her my son shouldn’t be forced to miss out on family meals at which point she hung up.”

Okay, seems like there are a lot of solutions here that aren’t “Let’s just keep this child with ARFID isolated because some kids will get jealous that he has McDonald’s.” Maybe all the kids get “special” food once a month when the two families eat together. Maybe the SIL can explain to her children that their cousin has a serious medical condition, and the fact that he gets “special” food isn’t meant to taunt or punish them. And yet …

“She later messaged my wife to inform her I was rude and ‘wouldn’t take no for an answer.’ My wife said I should [have] just accepted it when she hinted at not wanting him there, but I disagreed – I think he’s just as deserving as everyone else. She got annoyed with me, then, and now I’m just wondering if what I said was really that bad. AITA?”

Reddit was somewhat divided on the case. One of the top comments put the OP fully in the a-hole category: “I’m sorry for your kid but your SIL is allowed to not want to deal with arguing about food with her kids because yours has a medical condition. Her youngest is 8. He’s not going to care that your kid can eat s— food and that he cannot. Your kid is not her responsibility or her issue to deal with. Find other family members or friends to have outings with,” reads a comment with 9,400 upvotes.

But those who seem to have more experience with kids with disabilities quickly shut that down: “How does such a bad take become the top comment? The kid has a disability and the sister is excluding them because they can’t be bothered to parent their children properly to get them to understand why they have different food? FFS. NTA”

Some totally understood where the SIL was coming from, as if explaining a medical condition to an 8-year-old would resolve the issue: “‘He has a medical condition, so he gets to eat McDonald’s fries and nuggets in front of you while you have to eat broccoli’ probably won’t go over too well with an eight year old,” wrote one. Another said that the OP’s son technically “wouldn’t be ‘treated equally’ if he’s eating different food.”

But as any parent (or human, for that matter) knows, fairness is not the same as equality. A child with glasses isn’t “getting an advantage” by wearing glasses — they wear them because they need to. The same goes with this child and his need for special meals, even if others don’t quite grasp the severity of the condition.

Others chimed in and talked about their own experience with ARFID. “I have it, and it’s less like not wanting to eat something or not liking something, and more like your body physically rejecting it. Like gag and retch until it’s all out of your body including the thoughts of it. Basically like a phobia,” explained one. “Processed foods tend to be ‘safe’ because they’re the same every time. But it can kinda randomly change on you. Like if there was something ‘wrong’ with some fries, or the person thought about the wrong thing while eating the fries? That’s it. Can’t eat them again. Another one bites the dust. No pun intended. It’s often an ADHD and ASD thing. It’s hard to treat. So yeah, massive pain in the a**.”

Another Redditor recalled how they have effectively explained “unfair” medical accommodations in the past to a 3-year-old: “He has a medical condition, so he has to eat the same 3 foods every single day and it’s really hard for him. When kids get their tonsils taken out, they get to eat lots of ice cream because it’s the only thing they can eat when their throat hurts! It sounds fun, but if you had to eat ice cream every single day forever and ever, your tummy would hurt and you’d get soooo sick of it — that’s why these foods are usually only for special occasions. Your cousin is sick, and can only eat these foods. It seems fun to only eat nuggets and Twinkies, but it’s not fun when you have to live with chronic illness. It’s so sad and unfair that he couldn’t eat with us for so long, and he’s so excited to be able to do that again!”

“I’ve explained s— like this to kids before with zero problem. I taught preschool where certain 3-year-olds practiced different levels of Judaism and couldn’t eat ice cream with the other kids. If 3-year-olds can understand that different families have different needs, an 8-year-old can. Mom just doesn’t know how to explain and doesn’t want to try,” concluded the Redditor.

What do you think? Was this parent in the right wanting to bring special food for their son with ARFID to family meals? Or was the SIL in the right denying the accommodation request?

Even when you’re famous, Mom Guilt is a thing, as these celebrity moms show.