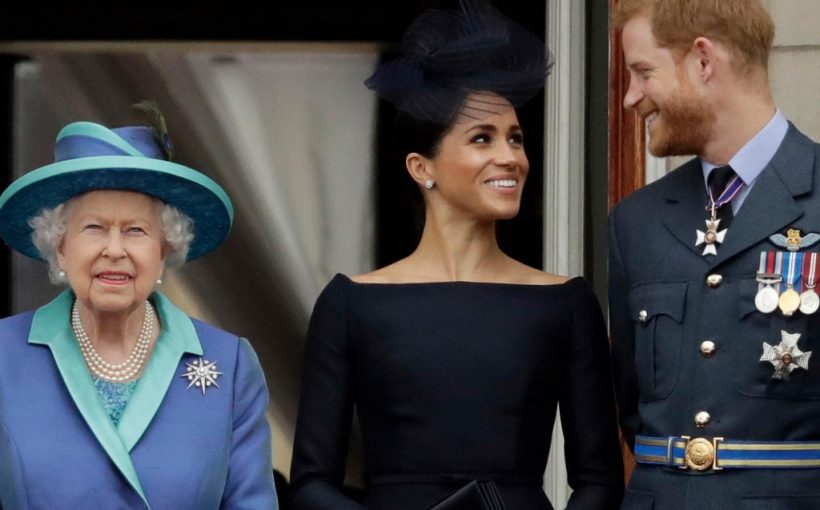 More and more details are coming out about Queen Elizabeth and Prince Harry’s sweet relationship, which appears to be going strong despite reported tensions between Harry and other family members.

Robert Hardman, author of Queen of Our Times: The Life of Elizabeth II, told The Daily Express that the Queen remains “very fond” of Harry. He added that there’s a clear distinction for the Queen between family matters and business matters. “‘You can’t do this, Harry. I’m sorry. It’s just the way it is.’ And her officials will tell his officials that, and those conversations will happen at arm’s length. But he’s still devoted to her, and she’s still devoted to him. They still talk. I’m told he talks to her more often than he talks to anyone else in the family.”

A post shared by The Duke and Duchess of Sussex (@sussexroyal)

Hardman alleged that the Queen has a “soft spot” for Harry and he can get away with some cheekiness that others, perhaps, can’t. Those warm feelings appear to be very mutual. Harry recently visited his grandmother while on a trip to Europe for the Invictus Games, an international sporting event for wounded, injured and sick servicemen and women, which he founded. The prince sat down with The Today Show‘s Hoda Kotb this month to promote the games — and opened up about his reunion with his grandmother.

“Being with her, it was great,” he said. “It was just so nice to see her … She’s on great form.” Harry shared tea with the Queen, alongside Meghan Markle. “She’s always got a great sense of humor with me,” he noted.

Prince Harry and Markle relocated to Santa Barbara, California in 2020, leaving behind their royal titles and duties. The prince is still keeping an eye out for his beloved grandmother, though, when he’s in town.

“I’m just making sure that she’s, you know, protected and got the right people around her,” he explained to Kotb. “You know, home — home for me, now, is, you know, for the time being, in the states.”

We’ve got some great suggestions for clothes your teens will actually wear.