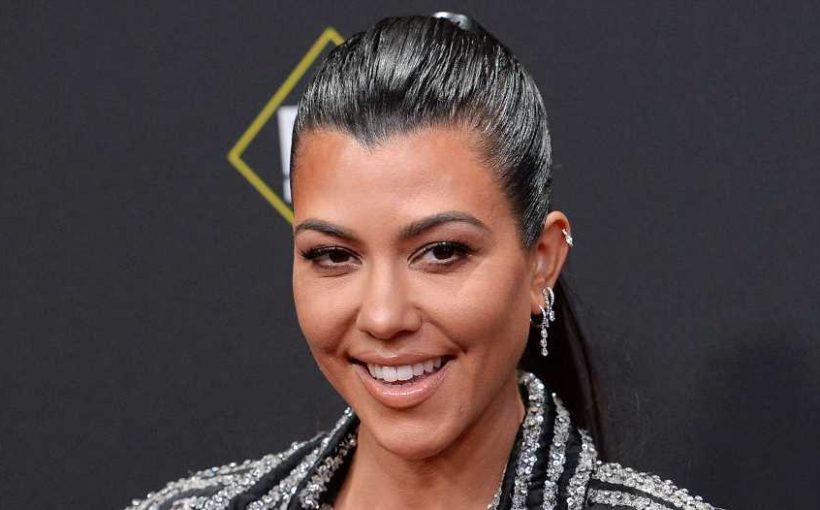 Is she or isn’t she? Kourtney Kardashian made fans think she would be open to having a fourth child after she addressed speculation that she is pregnant.

The reality star, 40, posted an Instagram photo on Friday, April 10, that showed her posing in an orange dress that was left unbuttoned. In the shot, her midriff was exposed, leading her followers to a certain assumption.

“You are pregnant,” one Instagram user wrote. Another replied: “Nope, wish she was.”

Kardashian then chimed in on the debate, encouraging her fans to push for another baby. “Put the blessing out there though,” she commented, adding a prayer-hands emoji.

The Poosh founder is already the mother of son Mason, 10, daughter Penelope, 7, and son Reign, 5. She shares the trio with her ex-boyfriend Scott Disick, who has been dating Sofia Richie since 2017.

Kardashian previously expressed her desire to expand her family. When a fan asked her in January if she was pregnant, she responded via Instagram, “No I wish,” along with an emoji of a woman with a baby bump.

The TV personality may have more time on her hands since deciding to take a step back from Keeping Up With the Kardashians following a nasty fight with Kim Kardashian. “It doesn’t make me happy. I don’t want to miss out on time with my kids and it’s not worth it,” she admitted during the April 2 episode. “It just seems like [my sisters] put the show and work above my happiness and it’s caused this distance between us.”

Kourtney defended her reasoning at the time. “I won’t be live tweeting #KUWTK tonight, as I’m spending time with my kids while they are on spring break,” she explained via Twitter. “I realize that a lot of the conversation right now surrounds my work ethic, and I feel like I need to just make one thing clear: raising children is a job as well. In fact, it’s the hardest and most rewarding job that I have ever had.”

She added: “I’ve decided to put my focus on my kids and my lifestyle brand, Poosh, which is all about finding YOUR healthy balance for living your best life. I don’t judge anyone who chooses a different route, and I hope that everyone can appreciate my choices as well.”