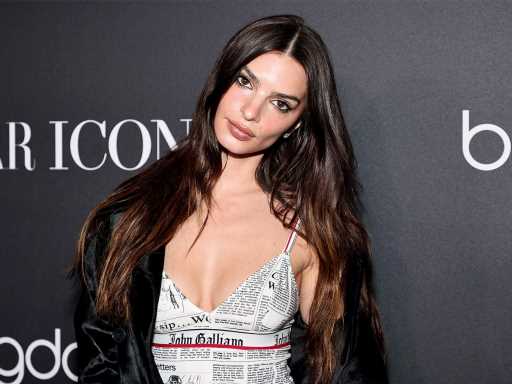 There were a multitude of comments that critiqued Ratajkowski for posting nude photos, deeming it exploitation. Others took issue with the fact that the mom was naked in front of her son. And a few more complained that Ratajkowski was topless at all.


“I will never understand these women being naked in front of their kids,” one person wrote. “Especially in the bath tub. And also posting it. 🤦🏼‍♀️ ” Another added: “Why always naked why?? Overproud or just need attention..??” Multiple people disagreed with her choice to share a photo of her child in the bathtub.

It comes down to this. Parents are absolutely in their right to not want to post certain photos of their kids on the internet. Maybe they’re even offended by certain types of photos. But that doesn’t mean that they have the agency to dictate the kind of Instagram posts other parents share.

Fans jumped in to offer their support of the model, emphasizing that this was just supposed to be a sweet, candid moment between a parent and her child. “Can everyone stop hating this is a beautiful mother and son relationship,” a user pushed back. Then, there was this relatable feedback: “Everyone stressed out about the nudity but am I the only ma thinking it’s all fun and games till there’s a poop in the bath😂💩.”

This isn’t Ratajkowski’s first brush with people shaming her parenting choices. Last July, she shared a photo of herself holding her son with one arm. Strangers flooded her with comments, criticizing the way she held Sylvester.

Ratajkowski addressed the hate head on, in a since-expired Instagram story. “We are all reflecting back on shaming Britney and calling her a bad mom when she drove with her baby in her lap,” she wrote, per Motherly. “We talk about how we have to ‘do better’ as a culture. Meanwhile, my comments are filled with awful remarks about how I don’t deserve to be a mom. Shame on you all.”

The model added that no one deserves to be told by strangers that they’re a “sh-tty mother.”

It’s no easy feat to imagine but it would be such a wonderful gesture for people to start offering kindness instead of unsolicited feedback to parents on the internet. Being a mom is hard enough.

These celebrity moms have embraced the changes in their bodies after giving birth.