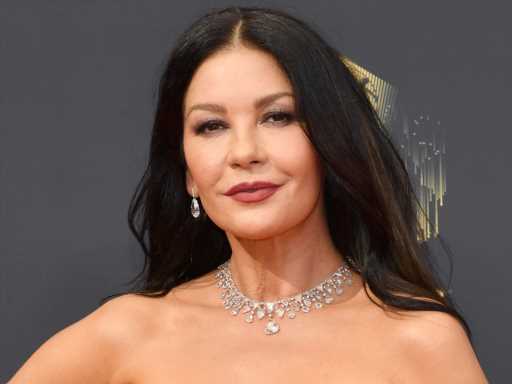 Catherine Zeta-Jones’ super rare snapshot of her and her daughter Carys shows they’re as tight-knit as ever!

On Nov 30, the Wednesday star shared a heartwarming snapshot of her and her daughter Carys in a previous Fendi campaign with the caption, “One of my favorite pastimes, is spending time with my sweet sweet girl @carys.douglas. Tis’ the season for shopping and girl time.”

You can see the photo HERE!

In the photo, we see Carys and Zeta-Jones looking at each other lovingly, with Carys in a Gendi top and red bag and Zeta-Jones in a white blouse and matching bag. They look so beautiful, and we’re still reeling from the fact that Carys is so much taller than her Oscar-winning mama.

Along with this super-sweet tribute, Carys responded to the rare photo, saying, “I love you so much mamma !!” BRB, our hearts just melted from this mother-daughter interaction!

Zeta-Jones and her husband Michael Douglas married in Nov 2000, welcoming two children named Dylan, 22 (who’s already as fashionable as his mother!), and Carys, 19.

The Chicago star previously told The Sydney Morning Herald that she has tried to give her two kids as normal of a life as possible, saying, “We didn’t want them to be on film sets with a tutor. If I was working, Michael would be home with them, and vice versa.”

“I’m very conscious of my kids being very rooted, very down to earth, and I’m always big on manners. I get complimented on how unaffected they are and that’s because they weren’t brought up in Hollywood,” she said. “We managed to retain some of their childhood longer than other folk.”

Before you go, click here to see celebrity kids who are all grown up.