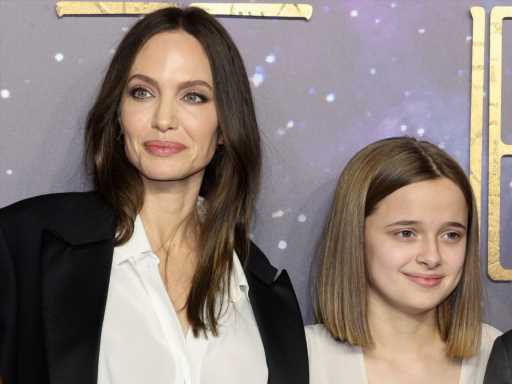 It’s been a rollercoaster of a couple weeks for Brad Pitt. The Bullet Train actor dominated the news cycle with his unexpected art installation and budding romance with Emily Ratjkowski, but that quickly soured once court papers from Angelina Jolie accusing Pitt of being physically abusive towards her and her children during a 2016 flight came to light.

His relationship with his and Jolie’s kids have been especially “strained” and “limited” since the news broke, per Page Six. The stars share six children: Maddox, 21, Pax, 18, Zahara, 17, Shiloh, 16, and twins Vivienne and Knox, 14, all of whom reportedly still struggle with what’s said to have happened during the 2016 flight to the French winery at Château Miraval.

“To this day, they have all been unable to return to Château Miraval due to its association with these traumatic events, including the children who are now legal adults,” Jolie’s lawyers said in court documents, per Page Six.

According to the court documents, Pitt wanted Jolie to sign a nondisclosure agreement that would have “contractually prohibited her from speaking outside of court about Pitt’s physical and emotional abuse of her and their children” before he would agree to sell his part of the winery. She alleged that he “choked” one of their six children and poured beer on Jolie during the fight in question.

Pitt’s camp denied the allegations to CNN, saying: “[Angelina’s] story continues to evolve each time she tells it with new, unsubstantiated claims. Brad has accepted responsibility for what he did but will not for things he didn’t do. These new allegations are completely untrue.”

Back in 2020, Jolie vaguely touched on why she and Pitt ultimately split, hinting at the alleged abuse she and her children suffered. “I separated for the wellbeing of my family. It was the right decision,” she told Vogue India. “I continue to focus on their healing. Some have taken advantage of my silence, and the children see lies about themselves in the media, but I remind them that they know their own truth and their own minds. In fact, they are six very brave, very strong young people.”

These celebrity moms talk about raising their kids on their own.