Home » Health Problems » The Cognitive Side Effects of Radiation Treatment 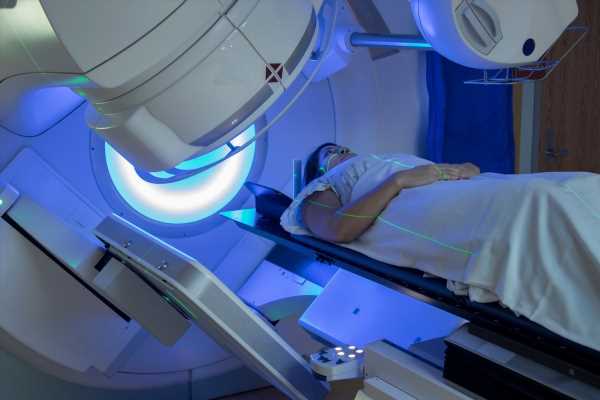 Although radiation treatment is one of the primary methods to treat both brain tumors and brain metastases, it can be associated with several adverse effects that can be difficult to diagnose and manage.

Many different types of cancer will often be treated with therapeutic ionizing irradiation. When used to treat benign and malignant conditions in the brain, cranial radiation therapy (CRT) is often used for both curative and palliative purposes.

Regardless of where the radiation treatment is localized, nervous system injury can occur through several mechanisms. For example, irradiation treatment that damages blood vessels that supply the brain or endocrine organs with oxygen can cause secondary neurological effects. Similarly, CRT can directly damage normal neurological structures adjacent to the benign or malignant tissue of interest.

What is Proton Therapy?

Several different types of radiation can be used in the clinical setting, including photons, electrons, protons, and other particle-based radiation. Typically, CRT will be delivered in either X-rays or gamma rays, both photons, through external sources like teletherapy or directly into the tissue of interest through implanted or injectable radioisotopes.

Primary neurologic damage that is caused by radiation can be classified according to the time between after the radiation treatment was administered and when the patient began to experience symptoms related to this damage.

Acute neurologic damage after radiation, which typically arises within minutes to days after the radiation treatment, is often associated with a rise in intracranial pressure, likely due to acute vasogenic edema. These patients can experience a wide range of symptoms, including nausea, headache, vomiting, somnolence, fever, and worsening neurologic symptoms. However, acute encephalopathy due to radiation treatment will rarely cause cerebral herniation or death.

Comparatively, early delayed neurologic damage after CRT, which typically takes several weeks to months for symptoms to develop, is often due to demyelination of surrounding structures. Some possible symptoms of this type of neurologic damage can include headache, lethargy, and worsening of lateralizing signs.

RN is estimated to occur between 5% and 25% of CRT patients; however, the true incidence of this condition has not been fully established. Several possible mechanisms have been proposed to be responsible for RN. These include disruption to the blood-brain barrier that increases brain permeability, or the CRT directly damages glial cells. Some common symptoms that patients with RN may experience include headaches, nausea, cognitive impairment, seizures, or focal deficits related to the location of their irradiated tumor.

SMART syndrome is considered a rare complication of CRT that can occur between one and ten years after treatment. Some characteristic symptoms of SMART syndrome include migraine-like headaches associated with transient neurologic signs that may or may not be accompanied by seizures.

Cerebral atrophy typically only arises after whole-brain irradiation, rather than more localized CRT treatments like gamma-knife. Although patients with cerebral atrophy may not report any symptoms at all, others may experience memory loss that can be severe in some cases.

After completing her Bachelor of Science in Toxicology with two minors in Spanish and Chemistry in 2016, Benedette continued her studies to complete her Master of Science in Toxicology in May of 2018.During graduate school, Benedette investigated the dermatotoxicity of mechlorethamine and bendamustine; two nitrogen mustard alkylating agents that are used in anticancer therapy.