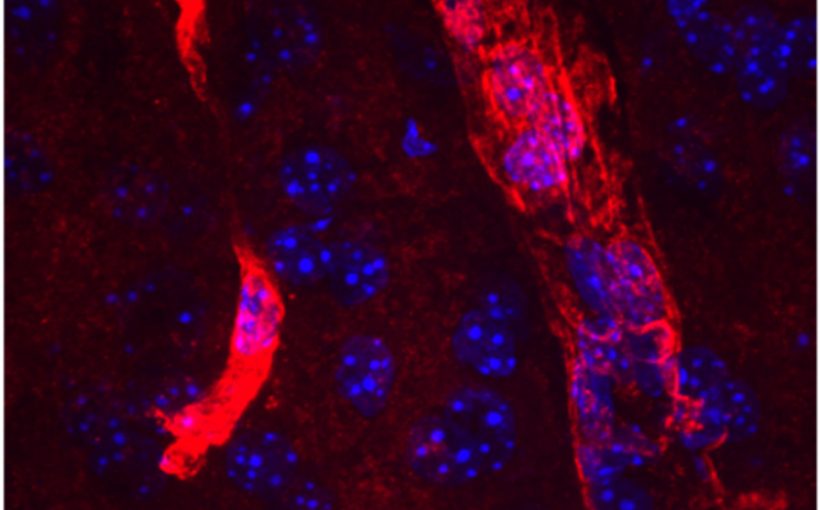 Researchers at Washington University School of Medicine in St. Louis have found a new druggable pathway that potentially could be used to help prevent Alzheimer’s dementia.

Amyloid beta accumulation in the brain is the first step in the development of Alzheimer’s dementia. Scientists have poured countless hours and millions of dollars into finding ways to clear amyloid away before cognitive symptoms arise, with largely disappointing results.

In this study, published Aug. 24 in the journal Brain, researchers found a way to increase clearance of waste products from the brains of mice by ramping up a genetic quirk known as readthrough. This same strategy also may be effective for other neurodegenerative diseases characterized by the buildup of toxic proteins, such as Parkinson’s disease, the researchers said.

Every once in a while, the brain protein aquaporin 4 is synthesized with an extra little tail on the end. At first, Darshan Sapkota, PhD — who led this study while a postdoctoral researcher at Washington University but is now an assistant professor of biological sciences at the University of Texas, Dallas — thought this tail represented nothing more than an occasional failure of quality control in the protein-manufacturing process.

“We were studying this very wonky basic science question — ‘How do proteins get made?’ — and we noticed this funny thing,” said senior author Joseph D. Dougherty, PhD, a Washington University professor of genetics and of psychiatry, and Sapkota’s former mentor. “Sometimes the protein-synthesizing machinery blew right through the stop sign at the end and made this extra bit on the end of aquaporin 4. At first, we thought it couldn’t possibly be relevant. But then we looked at the gene sequence, and it was conserved across species. And it had this really striking pattern in the brain: It was only in structures that are important for waste clearance. So that’s when we got excited.”

Scientists already knew that the cell’s protein-building machinery occasionally fails to stop where it should. When the machinery doesn’t stop — a phenomenon known as readthrough — it creates extended forms of proteins that sometimes function differently than the regular forms.

Sapkota and Dougherty created tools to see whether the long form of aquaporin 4 behaved differently in the brain than the regular form. They found the long form — but not the short one — in the so-called endfeet of astrocytes. Astrocytes are a kind of support cell that help maintain the barrier between the brain and the rest of the body. Their endfeet wrap around tiny blood vessels in the brain and help regulate blood flow. Astrocytic endfeet are the perfect place to be if your job is to keep the brain free of unwanted proteins by flushing waste out of the brain and into the bloodstream, where it can be carried away and disposed of.

Thinking that increasing the amount of long aquaporin 4 might increase waste clearance, Sapkota screened 2,560 compounds for the ability to increase readthrough of the aquaporin 4 gene. He found two: apigenin, a dietary flavone found in chamomile, parsley, onions and other edible plants; and sulphaquinoxaline, a veterinary antibiotic used in the meat and poultry industries.

The researchers studied mice genetically engineered to have high levels of amyloid in their brains. They treated the mice with apigenin; sulphaquinoxaline; an inert liquid; or a placebo compound that has no effect on readthrough. Mice treated with either apigenin or sulphaquinoxaline cleared amyloid beta significantly faster than those treated with either of the two inactive substances.

“There’s a lot of data that says reducing amyloid levels by just 20% to 25% stops amyloid buildup, at least in mice, and the effects we saw were in that ballpark,” Cirrito said. “That tells me that this could be a novel approach to treating Alzheimer’s and other neurodegenerative diseases that involve protein aggregation in the brain. There’s nothing that says this process is specific for amyloid beta. It may be enhancing, say, alpha-synuclein clearance, too, which could benefit people with Parkinson’s disease.”

Sulphaquinoxaline is not safe for use in people. Apigenin is available as a dietary supplement, but it’s not known how much gets into the brain, and Cirrito cautions against consuming large amounts of apigenin in an attempt to stave off Alzheimer’s. The researchers are working on finding better drugs that influence the production of the long form of aquaporin 4, testing several derivatives of sulphaquinoxaline and additional compounds.

“We’re looking for something that could be quickly translated into the clinic,” Sapkota said. “Just knowing that it’s targetable at all by a drug is a helpful hint that there’s going to be something out there we can use.”