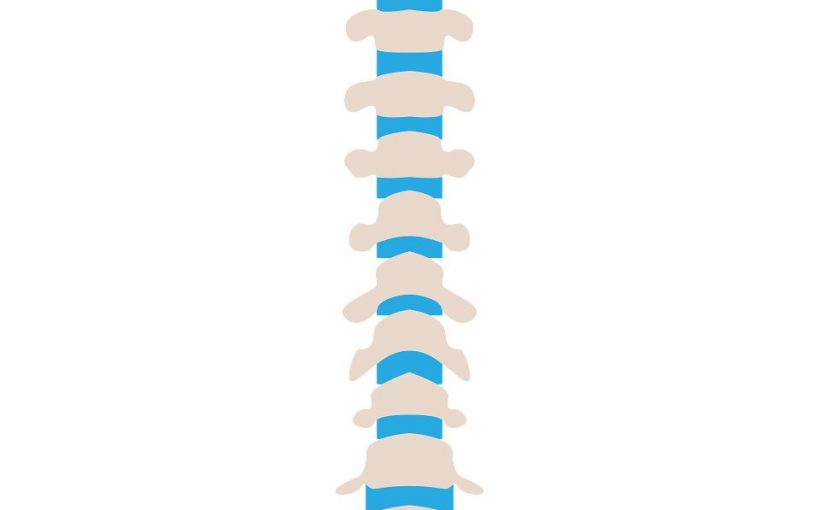 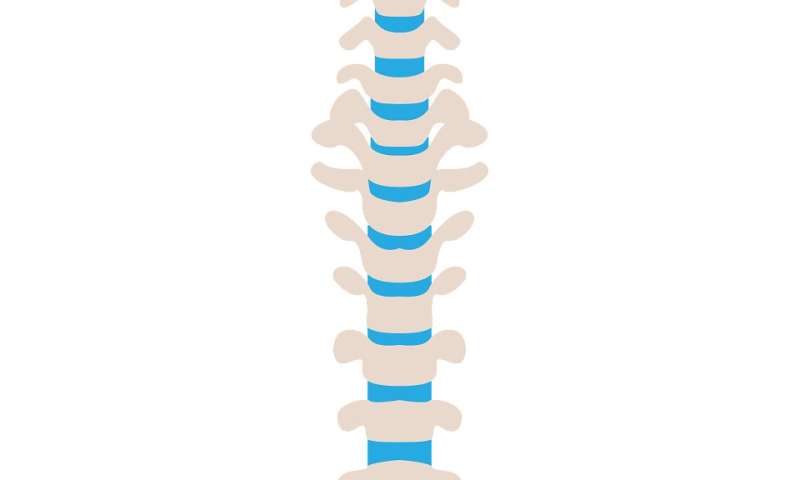 Researchers may have found a way to press pause on spinal disc injuries, giving doctors more time to treat them before worse issues develop. The Penn Medicine-led team discovered that cells in the outer region of spinal discs become stressed and kick off a subpar healing process after injuries, which researchers then found can temporarily be blocked with drugs that calm the cells down. This study, conducted using specially engineered biomaterials and small animal models, was published today in Nature Biomedical Engineering.

“This work sheds light on some of the challenges we are going to face in slowing disc degeneration and preventing back pain,” said Edward Bonnevie, Ph.D., a post-doctoral fellow in Penn Medicine’s McKay Orthopaedic Research Laboratory. “Most spine research focuses on the inner part of the disc, but our work highlights the fact that we need to treat the whole disc, and we believe doing so may lead to the identification of new targets for therapy.”

Discs in the spine are pressurized and structured similarly to water balloons, with water-attracting proteins in the inner portion restrained by an outer layer of fibrous tissue containing cells that are under a constant stretch. The discs are designed to cushion the vertebrae from directly and painfully contacting each other. Bonnevie, senior author Robert L. Mauck, Ph.D., a professor of Orthopaedic Surgery and director of the McKay Lab, and their fellow researchers decided to focus their research on the often overlooked outer region of the discs.

“We know that cells in the inner region undergo changes as a result of disc injury and degeneration, and researchers have tried to restore function to those cells,” Bonnevie said. “But you can think of that like trying to fill up a water balloon that already has holes—it isn’t a viable treatment option by itself.”

In biomaterials the researchers created to mimic tissue of the outer region of discs, they saw that when an injury like a slipped disc occurs and pressure is lost, the suddenly released tissue becomes disorganized. When this happens, they found in small animal models that it results in the generation of repair tissue that did not resemble the normal tissue, but instead had characteristics of scar tissue.

Additionally, they found that programmed cell death—known as apoptosis—occurs quickly, within 24 hours of the injury. This poses a challenge because, unlike other areas in the body, cells in the discs lack a blood supply and cannot easily repopulate with the new cells needed for regeneration.

With the discoveries of why disc cells respond the way they do upon pressure loss, the team found that using a biological inhibitor of cell contraction, such as fasudil, could effectively “relax” the cells from the shock of suddenly losing their typical stretched state. Once relaxed, the cells would delay their default healing response, which has the potential to buy doctors what is called a “therapeutic window” to intervene.