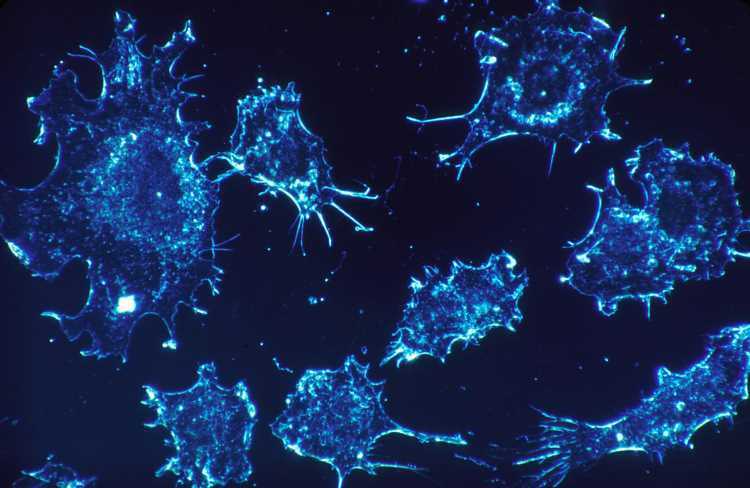 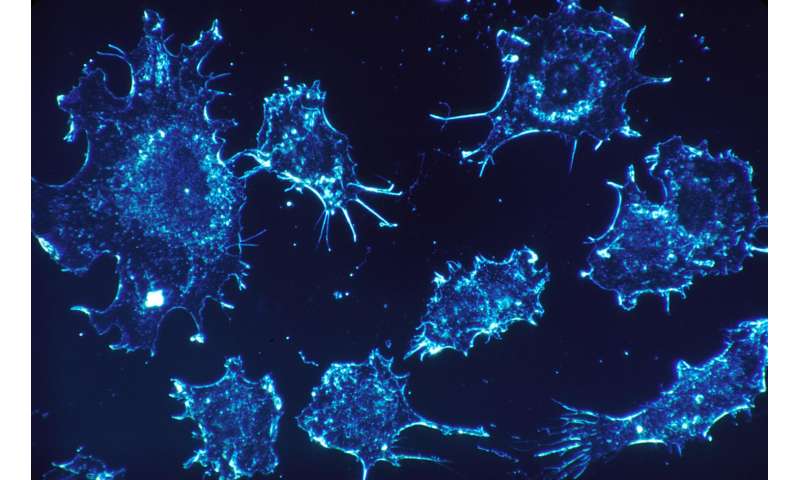 A combination of two drugs keeps patients with chronic lymphocytic leukemia disease-free and alive longer than the current standard of care, according to a phase-3 clinical trial of more than 500 participants conducted at Stanford Medicine and multiple other institutions.

The results of the trial are likely to change how most people with the common blood cancer are treated in the future, the researchers believe.

“I saw a marked improvement in my symptoms within two weeks of starting treatment, with little or no side effects,” said trial participant Dan Rosenbaum, 57. “It’s so unbelievable it is almost hard to talk about.”

“These results will fully usher the treatment of chronic lymphocytic leukemia into a new era,” said Tait Shanafelt, MD, professor of medicine at Stanford. “We’ve found that this combination of targeted treatments is both more effective and less toxic than the previous standard of care for these patients. It seems likely that, in the future, most patients will be able to forego chemotherapy altogether.”

Shanafelt, who is the Jeanie and Stewart Ritchie Professor, is the lead author of the study, which will be published Aug. 1 in The New England Journal of Medicine. The senior author is Martin Tallman, MD, chief of the leukemia service at Memorial Sloan Kettering Cancer Center.

Currently, CLL patients who are fit enough to tolerate aggressive treatment are treated intravenously with a combination of three drugs, two of which—fludarabine and cyclophosphamide—kill both healthy and diseased cells by interfering with DNA replication, and another, rituximab, that specifically targets the B cells that run amok in the disease. But fludarabine and cyclophosphamide can cause significant side effects including severe blood complications and life-threatening infections that are difficult for many patients to tolerate.

The new drug combination pairs rituximab with another drug, ibrutinib, which also specifically targets B cells.

In the trial, 529 participants with newly diagnosed chronic lymphocytic leukemia were randomly assigned in a 2:1 ratio to receive either six courses of ibrutinib and rituximab, followed by ibrutinib until their disease progressed, or six courses of traditional chemotherapy consisting of the drugs fludarabine, cyclophosphamide and rituximab.

The researchers followed each of the participants, who were recruited at one of more than 180 study sites across the country, for nearly three years and logged the length of both their “progression-free survival,” or the period during which their disease did not progress, and their overall survival.

Rosenbaum, a partner in a global strategy consulting firm and avid tennis player, was one of the participants randomly assigned to receive the experimental treatment. He noticed a difference in his symptoms almost immediately.

“I hadn’t realized how fatigued I had become,” he said of the weeks preceding his treatment. “I could barely play a single set of tennis, and I would be wiped out for days afterward. My lymph nodes were so swollen it was impossible to button the top button of my shirt collar. But within the first week of starting treatment, I noticed I had a little more spring in my step. After 10 days, there was a marked improvement in the size of my lymph glands. And after six weeks, my tumors were no longer detectable by physical exam.”

They also saw a statistically significant difference in overall survival between the two groups; 98.8% of the people randomly assigned to receive the new drug combination were alive after three years versus 91.5% of those who had received the traditional treatment.

Although the incidence of serious treatment-related adverse events was similar between the two groups, infectious complications occurred more frequently in the group receiving the traditional treatment.

“I have two children, and I thought carefully about participating in a clinical trial,” Rosenbaum said. “But when I learned that the traditional treatment carries a small but not insignificant mortality risk due to secondary infections, the decision became more clear. I’ve experienced minimal side effects from the combination of ibrutinib and rituximab that have been very manageable. It’s been a life-changing experience.”