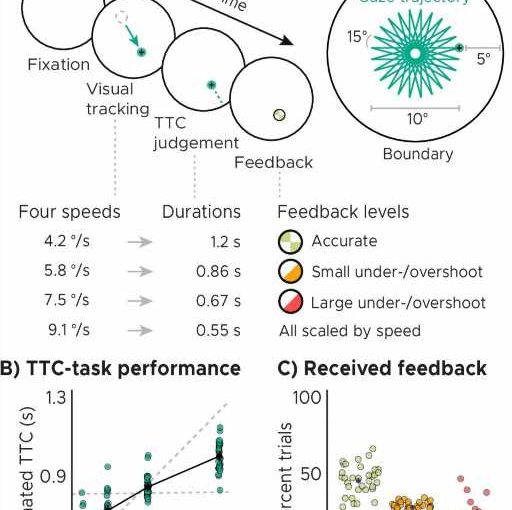 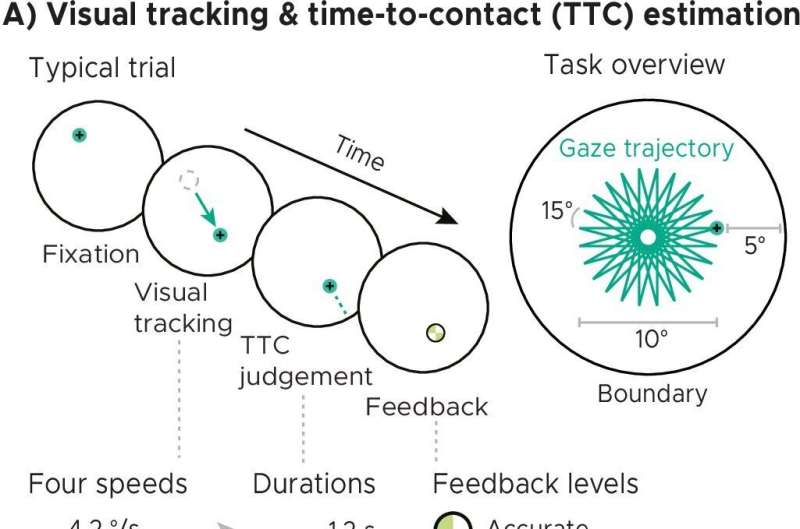 It’s important in sports and in interpersonal relationships—perfect timing. But how does our brain learn to estimate when events might occur and react accordingly? Scientists at MPI CBS in Leipzig together with colleagues from the Kavli Institute at the Norwegian University of Science and Technology in Trondheim were able to demonstrate in an MRI study that our brain learns best in connection with constructive feedback.

Imagine playing a game with friends, where they throw you a ball that you must catch. The first couple of throws you might miss the ball, but as you keep trying, you become better at estimating the time it takes to reach you and catch it more easily. How does your brain do this? “Fundamental to this process are your abilities to learn from past experiences and to extract time-related information from the environment,” explains Ignacio Polti, who conducted the study now published in the journal eLife together with Matthias Nau and Christian Doeller.

“Every throw of your friend will be slightly different from the previous one. Some balls arrive earlier, some arrive later. During the game, your brain learns the distribution of arrival times, and it uses this information to form expectations for future throws. By combining such prior knowledge with specific information of our friend’s current throw, we can thus improve the timing of our catch attempts.”

In order to study this in the lab, the scientists asked 34 participants to play a time-to-contact (TTC) game displayed on a screen inside an MRI scanner. In this game, participants had to press a button when a moving target reached a fixed boundary. Critically, the moving target was visible only for a short amount of time before it was occluded. Participants could not see the target hitting the boundary and could therefore not rely on visual information to estimate the time interval. Moreover, like in the catch ball game, the speed of the moving target was varied across trials.

At the end of each trial, participants received feedback about how well they did. “Like in the catch ball example above, we were interested in how exactly participants learn the distribution of TTCs in this task, and how they update their beliefs about this distribution over time. This updating process is critical as it allows us to flexibly adapt to changes in the behavioral demands of our environment,” Matthias Nau says.

The team found that participants’ TTC estimation was overall good, but that they showed a consistent tendency to overestimate short durations and underestimate long durations. Ignacio Polti says, “In other words, their TTC estimates were biased towards the average of all TTCs that we tested. We believe that this tendency reflects participants’ familiarity with the range of durations experienced in the game, and that it is a key behavioral adaptation to deal with uncertainty—If you are uncertain about the current trial, the average of all other trials might be a good guess.”

However, this average must be inferred from the distribution of time intervals that you have experienced, a learning process that must be reflected in participants’ brain activity. To understand this process better on the neural level, the researchers related the feedback participants received at the end of each trial to changes in their brain activity detectable by the MRI scanner.

Christian Doeller, director at MPI CBS, says, “We found evidence for learning-related changes throughout the brain, especially in regions typically studied in the context of reward processing and memory. One area that was of particular interest for us was the hippocampus, a structure typically studied in the context of memory for places and events.”

“We believe that the neural mechanisms we uncovered extend beyond the time domain and underlie flexible behavior broadly. They might rather reflect how we learn from feedback more generally, and how the brain forms and updates beliefs in real time,” says Matthias Nau. The results are also relevant from a clinical perspective, as they reveal how we adapt our actions to rapid changes in the environment, which is impaired in many diseases and disorders of the brain, like Parkinson’s disease.