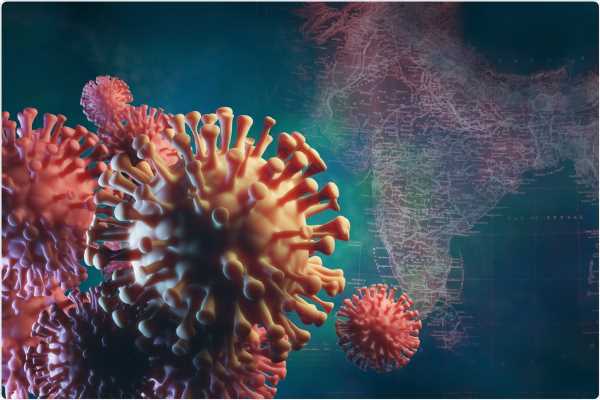 India had a shockingly large second wave of coronavirus disease 2019 (COVID-19) in 2021. In addition to the spread of the virus into the hinterlands, largely unserved by large hospitals with intensive care facilities, the severe acute respiratory syndrome coronavirus 2 (SARS-CoV-2) appears to have acquired new characteristics that contributed largely to its rapid and devastating spread across the country. 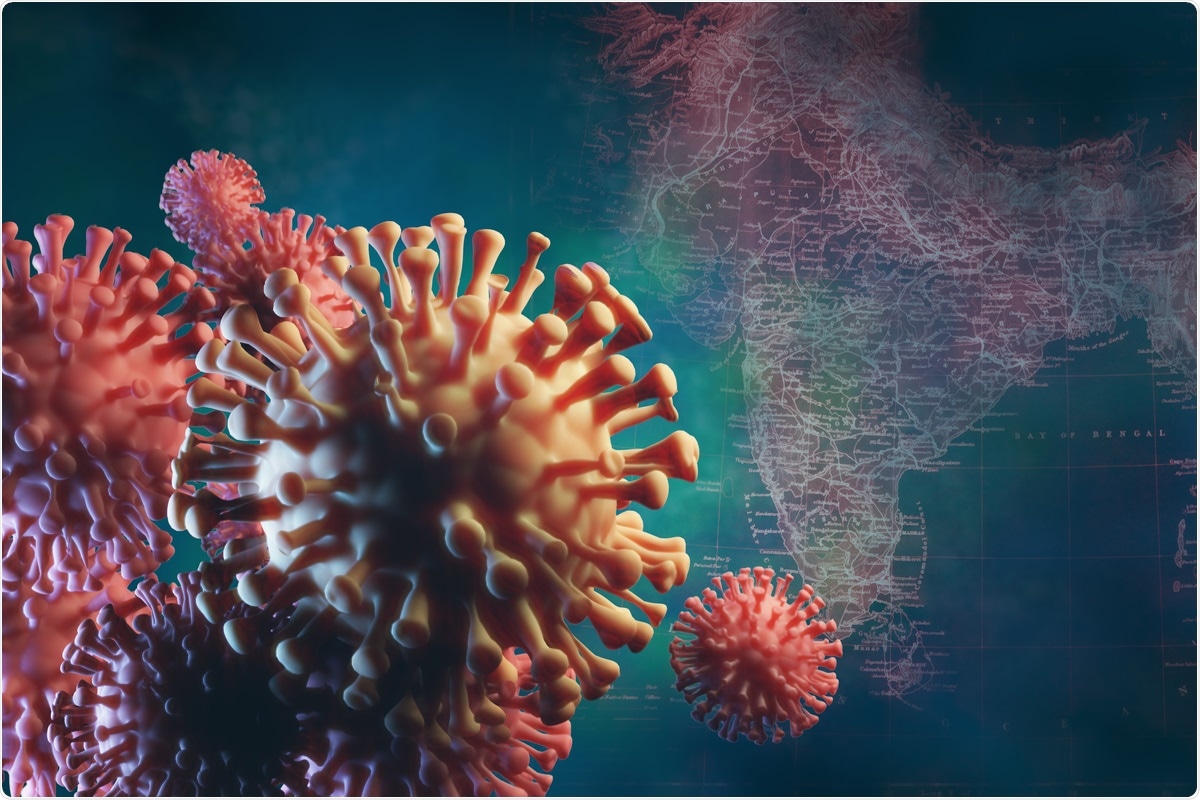 Study: Resurgence of SARS-CoV-2 in India: Potential role of the B.1.617.2 (Delta) variant and delayed interventions. Image Credit: joshimerbin / Shutterstock

A detailed report, available on the preprint server medRxiv*, describes the various facets of the second wave that set it apart from the first. The report also contains the findings of an extended SIR model that explored the potential effects of intervention at various time points in the second wave.

We argue that enhanced genomic surveillance along with constant assessment of risk associated with increased transmission is critical for pandemic responsiveness,” write the report’s authors.

Story of the second wave

Soon after the first detection of the virus in India, within just two weeks of the official declaration of COVID-19 as a pandemic by the World Health Organization (WHO), a national lockdown was declared that lasted for over two months. At that point, there were just over 500 cases in the whole country, with a population of over 1.3 billion.

After June 1, 2020, a phased relaxation of the lockdown was implemented, though with wide local variations from state to state. However, case counts continued to rise till the peak on September 16, but the doubling time declined dramatically, as did the case fatality rate.

Once the peak was passed, case incidence went down to below 10,000 new cases a day by February 2021. However, many seroprevalence studies indicate this to be a massive under-ascertainment on the order of 6% of total cases.

Around this time, political rallies, electioneering crowds, religious festivals, and some social events were held, reflecting the gung-ho mood among the top officials who claimed that the pandemic was in its “end-game.” While both the Oxford-AstraZeneca and the indigenous Covaxin vaccines were being put through their clinical trials, operational guidelines were being discussed to implement vaccination on a national basis.

With the healthcare workers being the first group to receive the vaccine, the campaign was flagged off on January 16. Still, the pace was slow, covering less than 1% of the country over the next month (note: this means approximately 8.7 million doses), and by April 1, 2021, over 5% of the population, with one dose.

In February 2021, however, Maharashtra, Chattisgarh and Punjab noted a sharp increase in cases, and the reproduction number for the whole country went above 1, indicating a burgeoning pandemic on the fourteenth of the same month. No national-level lockdown was mandated until April 14.

By this time, India had undergone a trial by fire, with acute oxygen shortages, no hospital beds, and deaths exceeding the capacity of the system to decently dispose of the corpses. Though the official toll is horrifying enough, many sources suggest that it is a gross undercount, and the actual numbers may never be known.

At the same time, the emergence of multiple variants became obvious, just as in the world over the winter of 2020. The Indian SARS-CoV-2 Genome Sequencing Consortia (INSACOG) was set up in December 2020, though its initial efforts were hampered by a lack of reagents and equipment.

However, early sequencing reflected the presence of global variants of concern, namely, B.1.1.7, B.1.351, and P.1 (the alpha, beta and gamma VOCs, respectively). In the period between December 2020 and February 2021, the delta and kappa variants (B.1.617.2 and B.1.617.1, respectively) comprised 60% of sequences from Maharashtra, with the former being labeled a VOC by the WHO in India.

Other important variants include the B.1.36 lineage, making up 44% of cases in Bengaluru, the information technology hub in Karnataka. The alpha variant made up 80% of Punjab cases, while B.1.618 is coming to the fore in West Bengal.

The ratio of standardized daily case rates in every state and union territory in India shows a value above 1, and a median value of 3.8, indicating that wave 2 hit the country much harder than wave 1. The highest ratios were in Uttarakhand and Himachal Pradesh, followed by Punjab and Gujarat.

When it comes to the ratio of standardized death rates, the same trend prevails, with only two states reporting a ratio below 1, while the death rates were significantly higher in the second wave for all other regions – the median ratio being 3.2. However, the worst-hit states have a ratio of 6.6 to 8.4.

The peak distribution of cases also varied in the first wave from that seen in the second wave. In the former, the earliest peak was towards the end of July 2020, for the southern state of Tamil Nadu, while Himachal Pradesh recorded the latest, on November 29.

For wave 2, the Himalayan territory of Ladakh recorded its peak on April 17, 2021, while Mizoram peaked on May 30. The majority of states had many more cases and deaths in the second wave, while peak deaths in wave 2 were four times that of the first wave.

About the beginning of the second wave, many VOCs were found to have been introduced into the country. The delta variant became the dominant strain, making up over 99% of all sequenced genomes by the end of April 2021. It is associated with resistance to antibody-mediated neutralization, similar to the beta variant B.1.351.

The delta variant is also likely to be more transmissible than the alpha variant B.1.1.7. In Maharashtra, where the caseload has been the highest and where an abundance of data is available, this VOC rose from forming 1.5% of the total to 87% over February to May 2021.

Using a two-strain model, the researchers combined mortality data with genomic distribution data downloaded from the Global Initiative for Sharing All Influenza Data (GISAID) database. Despite the vast scale of uncertainty about the infection fatality ratio (IFR), the model suggests that if only 50% of deaths are assumed to have been missed, according to them a very conservative assumption, and if the IFR is assumed to be 0.25%, the number of deaths due to the delta variant increased from 15% to 83% from April 1 to May 15, 2021.

Overall, during this period, 55% of deaths were caused by this VOC. The scientists concluded that the delta strain is much more transmissible than any other previous lineage. Therefore, this supports the idea that the size of the second wave is not only because of waning immunity or relaxation of non-pharmaceutical interventions (NPIs) but the change in virus transmissibility and susceptibility to neutralizing antibodies.

Lockdown could have prevented thousands of deaths

the scientists suggest that an early lockdown, around March 15-30, 2021, might have prevented approximately 92% of cases through the following month. This would have resulted in a peak of between 20,000 to 49,000 cases a day rather than over 410,000, as actually happened.

A later lockdown up to April 15 would still have induced a reduction, but the effect is not certain, while after that, the second wave would have peaked and be on the wane already.

However, the results also show that healthcare capacity is of the greatest importance since it determines the case fatality ratio. With a low CFR, lockdown timing and intensity are much less significant, with consistently marked reductions in deaths from a lockdown. That is, a March 15 lockdown would reduce deaths by 98.5%, but an April 15 lockdown would still reduce 92% of deaths by May 15.

What are the implications?

Despite the obvious limitations of the study, such as the absence of strong data on cases and deaths, whether in general or by age, and the failure to incorporate vaccine roll-out.

Also, the number of circulating variants in India is high at present, and the researchers chose to use Maharashtra statistics, both because of its major share in the case and mortality burden, and its implementation of lockdown first of all. Thus, the continued transmission of the virus lends strength to the theory that the delta virus is epidemiologically fitted to spread fast and wide, overcoming pre-existing immune barriers.

Nonetheless, vaccination appears to be the most effective way forward to prevent still more cases and deaths. This is despite the fact that, as the researchers point out, the B.1.617 variant reduces antibody neutralization by 50% and 67% among those with a history of natural infection and vaccination, respectively.

Since vaccination of the entire population will necessarily take a while, and given current severe vaccine shortages worldwide, the scientists also conclude that non-pharmaceutical public health interventions, applied in a timely manner, will continue to be the key to containing COVID-19 in India.

To summarize, had action taken place at any time in March, it is plausible that more than 90% of observed cases and deaths between March 1-May 15 could potentially be avoided under both strong and moderate intervention scenarios.”

Meticulous and large-scale genomic and viral surveillance will be all the more necessary to forecast and prepare for future waves by building infrastructure, training staff, and collecting and using data properly.

Prioritizing sequencing of reinfections, as well as vaccine breakthrough infections, is necessary to understand vaccine effectiveness and development needs against emerging Variants of Concern,” conclude the authors.

medRxiv publishes preliminary scientific reports that are not peer-reviewed and, therefore, should not be regarded as conclusive, guide clinical practice/health-related behavior, or treated as established information.